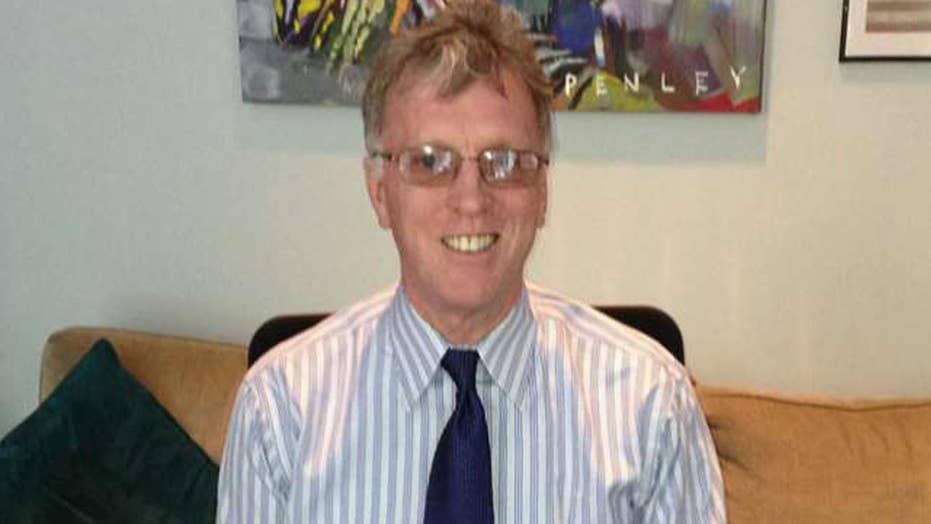 There’s a palpable sadness in the air at Fox News Channel today.  We learned over the weekend that one of our longtime fixtures, Rich O’Brien, passed away.

Rich was a Sr. Vice President here and Creative Director. But titles didn’t mean much to him—everyone knew him as Rich—the guy who gave Fox its distinctive on-air look.

You might not think much about graphics when you watch television, but Rich certainly did, and his keen eye and creative mind made Fox News better. He literally changed the look of cable news, not just at Fox, but at the competing networks as well—when he’d build a show open or create the animation to introduce a segment, the products were unfailingly eye-catching. They made you want to watch. Our competitors noticed, and soon they were trying to emulate what Rich was doing, while for his part, Rich was moving on to put something even more dazzling onscreen. He had that gift that drives so many creative people like him, the desire to look for and bring into being something better, something more interesting, some addition that helps tell a story. He’d visit our studio during a live show, left hand propping up the right elbow, right hand in front of his chin. “What about this?”, he’d wonder aloud. “What if we moved that camera over there, and then put you here?  Would that work?”

I remember once sitting in a recording booth here at Fox; Rich had asked me to be the voice of a very short promo his department was building. The script read, “Before it’s history… it’s news.” Five little words. But for him, they had to have impact. They had to be just right. I’m not sure how many tracks I recorded, but it was at least a dozen… maybe 15 or 20. Suddenly, he stopped me, his voice excitedly punching into the headphones I wore:  “That’s it!” he said. “That’s the one!” Five little words, but to satisfy Rich’s inspired mind, they had to be delivered just so.

Our company offers a small cafeteria in which employees can buy meals and snacks; I’d often see Rich there in the mornings and we’d sit together while I had a bagel and Rich ate… nothing. Mind you, he’d already been at work for two to three hours by the time I was having my second cup of coffee. It wasn’t the food that drew him; he just liked people and would sit with a couple of his graphic artists and sometimes me, ruminating about the state of the world. He was intensely curious and wanted to know what we thought, whether the topic was politics or real estate or the future of personal computing. I’ve not known anyone—especially someone charged with running a department at a major TV news operation—who could be so upbeat every day. I might grouse about this event or that leader, but not Rich. The world seemed like one big wonderland to him, something to try to capture with his beloved camera and share with the rest of us.

If you really wanted to see his face light up, you’d ask him about his family. He adored his wife Karen and their children, Katie and Connor. Now they’ve lost a husband and father, and the rest of us have lost a really good guy and a creative genius. The people who worked for him loved him—he gave a start, a first job, to dozens of animators and graphic artists.

People ask me what happened and I know precious little. There was a bad car accident, some internal injuries that went undetected, then a coma and ultimately, death. It all happened so suddenly. At least Rich’s family—the family he loved so much—was able to be with him to say goodbye when he passed away just a week shy of his 61st birthday. That’s a gift, albeit a painful one, that many of us aren’t able to experience.

So now I see him sitting at some breakfast table in heaven, wondering why we’re all so downcast. He never seemed to have a bad day in his life and he certainly wouldn’t want us mourning over him. I’m quite certain he’s intrigued by his new environment and is probably asking questions—lots and lots of questions. I’m sure the lighting there is quite good, the color spectrum divine and the landscapes, incomparable. No doubt, Rich is enjoying the look of the place. But knowing him, I suspect he just might have a couple of suggestions…

Jon Scott currently serves as the anchor of FOX Report Weekend (Saturdays at 7PM/ET and Sundays at 6PM/ET). In this role, Scott highlights the latest developments and breaking news in the U.S. and around the globe.Click here for more information on Jon Scott.