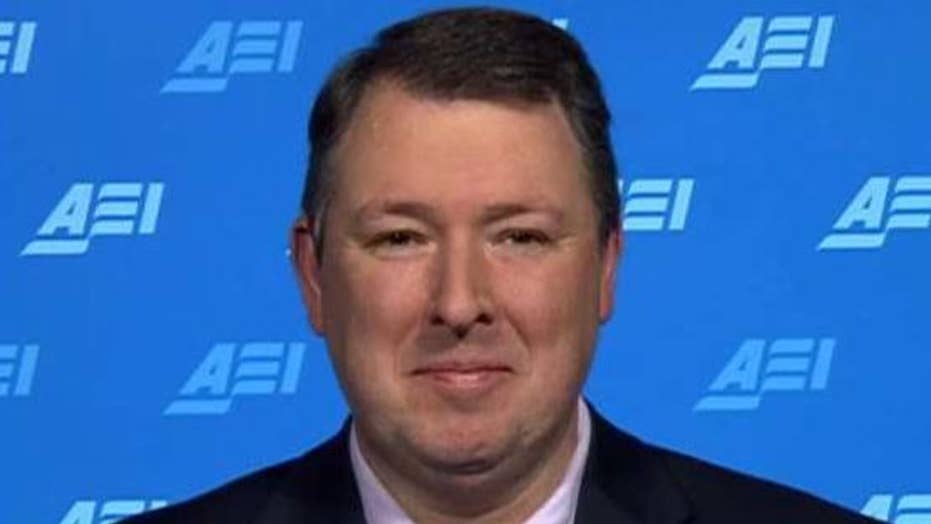 Why did foreign policy with Ukraine get dragged into impeachment?

Because it’s crucial for the far-left to get you to believe that President Trump is a danger to national security.

More like the Magic Bus.  Hear their chant.  The President “has put national security at risk in order to advance his own narrow personal interests,” fears Kildee, who is Chief Deputy Whip of the House Democratic Caucus and released his formal statement Sep. 24.

As you can tell, the far-left obsession with impeaching Trump is emotional and partisan.  So much unhappiness.  Former Secretary of State Hillary Clinton still regards Trump as “an illegitimate president” as she told CBS on Thursday, Sep 26.

The Bill Clinton impeachment did not involve foreign policy.  Nor did the Nixon impeachment inquiry; however, a fourth Article on bombing Cambodia was actually voted down in the summer of 1974, along with a fifth article on Nixon’s taxes.

But there’s a scary reason why the attack from these unhappy impeacheroos now requires dragging US diplomacy through the muck with Ukraine as a star player.

Impeachment needs high crimes and misdemeanors – and something Americans will buy into. The Dem caucus is banking on the fact that most of us Americans don’t follow Ukraine closely.

They don’t talk about the tense military confrontation there, the 13,000 deaths, or if new President Volodymir Zelensky can clean up corruption and fulfill his election pledge for peace talks with Russia.  The far-left doesn’t remember Lt. Col. Seth Nehring, the Fresno, California Air National Guard fighter pilot who died there last fall assisting Ukrainian forces.  (He was killed flying with a Ukranian pilot on a training mission.)

To get the impeachment show going, the far-left and others obsessed with President Trump need you to believe he’s doing critical damage to our national security.

That’s simply not the case.

Our military is stronger.  President Trump reorganized defense spending so that fighting forces get training and spare parts.  Navy F/A-18EF fighter planes on aircraft carriers now meet their minimum 80% readiness goals.  Programs are funded to keep the US edge in high technology like hypersonic missiles.

NATO is stronger, too.  NATO stood with U.S. withdrawal from the INF Treaty, and the alliance is making strides in deterring Russian aggression.

In the Persian Gulf, Britain, France and Germany last week came over to the US position and named Iran as the perpetrator of the shocking attack on Saudi oilfields. Those three big allies also now support Trump’s insistence that Iran talk about serious new restrictions on nuclear activity, military aggression and missile proliferation.

What worries me is that the anti-Trump outrage is starting to damage international security. When former Secretary of State Hillary Clinton says “I know he’s an illegitimate President,” I believe her statement is bad for American foreign policy.

OK, then she believes every meeting, treaty and agreement since Trump was inaugurated is null and void?  The strikes on Syrian chemical weapons facilities in 2017 and 2018 were not legitimate?  Is that really her view?  Why does she try to undermine a duly elected president in his third year in office?

The Democratic impeachment poseurs want you to believe Trump is shredding American policy behind closed doors.  Don’t fall for it.

Could the president watch his mouth? Sure. But I will take his boisterous activity over Obama’s cynical inaction any day.

My research showed that what took place in the weeks after the Trump-Zelensky call was a lot of normal foreign policy meetings.  Vice President Mike Pence met Zelensky in Warsaw on Sep. 1. Secretary of Energy Rick Perry met with Zelensky.  Senator Ron Johnson, R-Wis., and Senator Chris Murphy, D-Conn., met Zelensky on Sep. 5.  Pompeo telephoned Ukraine Foreign Minister Prystayko on Sep. 17.  Business as usual.  And the foreign aid as appropriated by Congress is on its way.

Hardly a clear and present danger.  Let the American people decide on November 3, 2020.