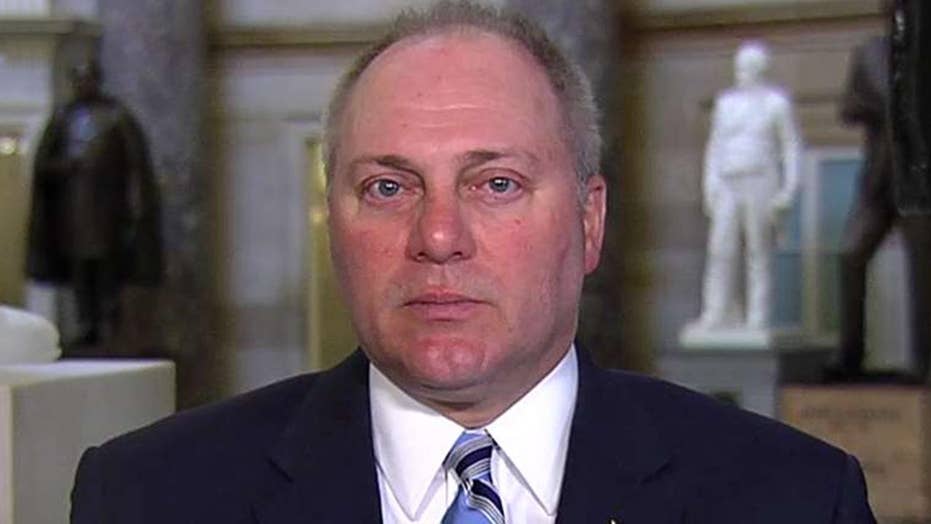 Democrats in the U.S. House of Representatives passed two bills this week that blame law-abiding gun owners for the actions of criminals and sociopaths.

H.R. 8, the Bipartisan Background Checks Act of 2019, would criminalize normal law-abiding behavior by stopping gun owners from loaning a friend a gun to take to the range or from buying or selling their firearms to others without first getting permission from the FBI and paying fees.

H.R. 1112, the Enhanced Background Checks Act of 2019, would take the burden off the government to approve or deny a gun sale quickly. Right now the FBI must deny a purchase within three days. This legislation would increase that to at least 10 days in which the government is open. This is a big deal to a lot of law-abiding people, as there are a lot of false-positives for those with common names.

This is a major political miscalculation.

All those blue-collar voters in states like Pennsylvania, Michigan and Wisconsin who leaned Democrat before they voted for Donald Trump in 2016 might think the Democrats’ lurch left – the Green New Deal, “Medicare-for-all” and more – is all just populist pandering to the party’s socialist wing.

But they won’t think that Democrats who are going after their guns are only virtue signaling to their progressive base. To America’s gun owners, this is personal.

Of course, neither of these bills is likely to be taken up or passed by the Republican-controlled Senate. Even if they were, it is unlikely that President Trump would sign legislation that’s not designed to go after criminals, but that would only make it more expensive and difficult to buy or sell firearms.

A big reason why Democrats in Congress think it’s now safe to go after American freedom is that the mainstream media have spent the last few months saying the politics of guns have changed and that now a majority of the public wants their rights infringed upon.

This is why both of these bills are really only about political posturing for 2020. In their Beltway groupthink, Democrats have convinced themselves that it’s to their political advantage to push gun control.

Before getting into that, it’s worth noting that if Democrats in Congress did get their way and these bills became law, a future anti-gun president could declare a national emergency on gun violence and thereby shut down the National Instant Criminal Background Check System (NICS).

The excuse for doing so could be that we need to pause gun sales as we have a “national conversation.” Such a move would be a clever way to put a lot of gun stores and manufacturers out of business.

A big reason why Democrats in Congress think it’s now safe to go after American freedom is that the mainstream media have spent the last few months saying the politics of guns have changed and that now a majority of the public wants their rights infringed upon.

“Over time, the evidence grew more irrefutable that by abandoning gun control, Democrats were trying to placate voters they had already lost, while slighting the voters they were attracting,” reported CNN on its website in a story headlined “Why Democrats are not afraid of gun control anymore.”

There is a lot of evidence to show this is a massive misreading of the American electorate. An estimated 30 percent of American adults say they personally own a gun. Another 11 percent say they live with someone who does.

U.S. citizens alone own 393 million guns (about 46 percent of the worldwide total of civilian-owned firearms, according to the United Nations). This means that people in about 50 million households in the U.S. own guns. That’s far more than the number of people who play golf (25 million) or tennis (18 million) in the U.S.

A big reason why Hillary Clinton lost states like Pennsylvania and Michigan (each of which has more than 600,000 hunters – to name one way to measure gun ownership) is that she made passing gun-control and nominating Supreme Court justices who would take away this fundamental civil right a central plank in her campaign.

You’d think that Democrats would have learned this lesson when Vice President Al Gore lost his home state of Tennessee in the 2000 presidential election – and with it the presidency – after he made weakening Second Amendment rights a big part of his campaign. Democrats need to understand that Americans love their freedom.

Even if they didn’t read “Hillbilly Elegy,” Democrats should understand that a lot of blue-collar and unionized voters own guns and that no law-abiding person likes being blamed for the actions of criminals.

Not that gun owners only live in flyover country. Increasingly, suburban Americans are getting guns for sport and self-defense. The National Shooting Sports Foundation (NSSF), for example, has for the past few years been putting out statistics on the “changing face” of the American gun owner.

Couple this with the disillusionment of moderate Democrats and independents with the increasingly extreme left wing now dominating the Democratic Party and you see a pattern here – radical Democrats pursuing radical policies are planting the seeds of their own downfall when voters cast ballots next year.

All that, and I didn’t even touch on the big lies the Democrats told when they passed these bills in the House. House Speaker Nancy Pelosi, D-Calif., for example, said on the House floor Wednesday that the bill restricting gun transfers would “end an epidemic of gun violence in America.”