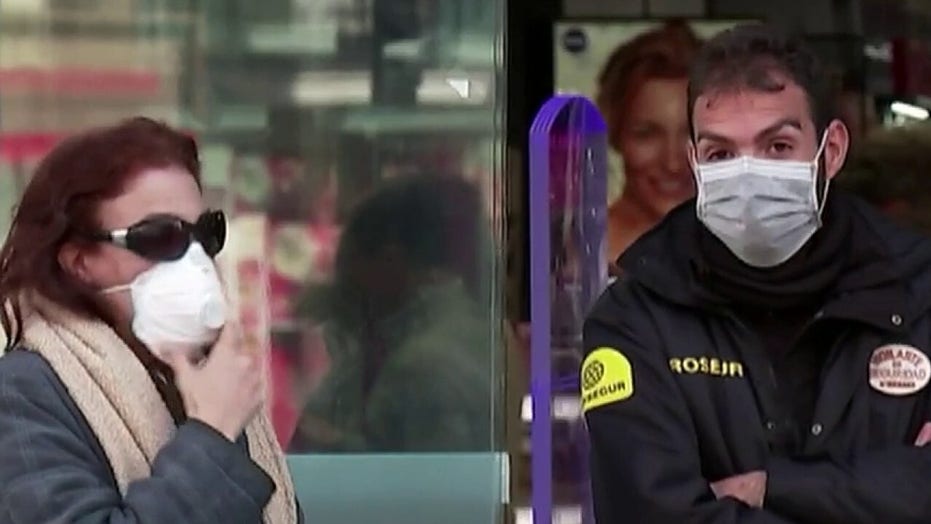 As a physician in New York, and a pulmonologist with a background in pulmonary infection during mass gatherings, I am astounded at the intensity of attacks on President Trump’s decision to enforce travel bans.

The attacks on the move to limit the expansion of COVID-19 not only to the United States but in effect to the Americas, are opportunist, partisan and profoundly ignorant.

The earlier decision to impose an absolute travel ban on China at the onset of the coronavirus outbreak is consistent with recent research. The travel quarantine in January to Wuhan, at the epicenter of the pandemic, resulted in a reduction of over 80 percent of importations from China into the international community. Soon after more than 50 countries followed suit.

As a result, 59 airline carriers canceled their flights to and from China. Russia, Australia and Italy imposed similar bans. Italy, when faced with its own outbreak, was not so responsive.

The state-imposed quarantine of Wuhan delayed the outbreak from spreading across mainland China by only five days at most, but it greatly reduced the number of cases exported to the world.

Mathematical models suggest the pandemic was slowed down by as much as two weeks as a result of such travel bans. But before such data could be gathered, Trump astutely imposed an absolute ban on the entry of people from China even when he was widely criticized and attacked for doing so.

Unlike China, or to an extent South Korea, the intense outbreak in Italy – almost 25,000 cases as of Sunday – was not similarly contained nor was the quarantined enforced.

Only after the enormous burden of acutely infected patients had already overwhelmed the healthcare system and many deaths were reported, have the Italians decided it is key to quarantine not only the Lombardy region but the entire nation. Many of those infected may have been able to freely move through open borders of the 26-nation Schengen Area, causing further disease spread. The Schengen Area now has the largest number of cases outside mainland China; cases are increasing in Europe while cases in China have diminished.

The proper containment response, in order to prevent disease transmission inside the U.S., involves limiting entry from places where the outbreak has been neither contained nor mitigated.

The Chinese had been monitoring a cluster of pneumonia in late December 2019 without acknowledging an outbreak. A mass banquet on the eve of the new Chinese year went ahead, bringing 40,000 people to the Wuhan region, with 5 million people traveling out of the province before any travel restrictions were applied. This lack of restriction enabled coronavirus to quickly spread to all 33 of China’s provinces.

So too, the Italians were slow to contain and quarantine, guaranteeing the spread of the coronavirus through mainland Europe, where EU nations enjoy open borders.

As the outbreak in Italy continued to escalate, the U.S. took the very bold position and closed travel of people from Western Europe to the U.S. While almost universally criticized, the president made a courageous,  commendable and pragmatic decision – one that buys the United States time to augment testing kits, upscale personal protective equipment production and educate the public on hand hygiene and social distancing.

The travel restriction on Italy now may have less impact than the ban of movement from China at the intense peak of the Wuhan epicenter, but it will still be impactful here in the United States.

The administration recognizes that though we are already beyond containment in the war against coronavirus, that doesn’t mean unrestricted travel can be allowed. With this global pandemic, almost two-thirds of cases of coronavirus are asymptomatic even as they are possibly transmitting to uninfected persons.

The proper containment response, in order to prevent disease transmission inside the U.S., involves limiting entry from places where the outbreak has been neither contained nor mitigated. Americans should be prepared for domestic travel restrictions as a possible additional measure.

Americans have a responsibility to ensure the collective safety of all Americans. Social distancing, avoiding large events and working from home are examples of Americans taking responsibility.

Frequent handwashing, self-isolation if symptoms present, and seeking medical help in the case of fever or shortness of breath are prudent steps.  Further, when we suspect we have been exposed we must seek medical counsel, often via virtual or telemedicine consultations, and following the lead of our president, seek testing when our doctors advise us to.

More important than any of these strategies is the central resolve to believe the administration is taking steps not only to contain a huge inoculum of coronavirus to enter the United States but also to have faith that in recovery.

Recently, as we discussed the coronavirus pandemic and the rising fears among New Yorkers, a patient of mine who is a World Trade Center first responder and a retired senior law enforcement officer, questioned what has changed about the psyche of the nation since 9/11. In 2001, in the immediate aftermath of the attacks, the U.S. demonstrated solidarity and confidence even at a time of such a mortal wound.

America needs Americans to take the same approach now. The stakes are simply too high.