What did the U.S. get for a big concession?

This week, heads of state from around the world are gathered in New York for the United Nations General Assembly meeting—and climate issues are at the top of the agenda.

Many speeches will inevitably include lofty pledges to accelerate the charge to carbon-neutral renewable energy sources. This rhetoric will be somewhat surreal, however, given the burgeoning energy crisis across the Atlantic. Short-sighted climate policies have resulted in an unsustainable dependency on erratic renewables such as wind and hydro on one hand, and natural gas imports from Vladimir Putin’s Russia on the other.

UK Prime Minister Boris Johnson, for example, who will be front and center among the Turtle Bay climate crusaders, may soon be forced to spend billions of pounds propping up Britain’s cratering energy sector as he reopens carbon-belching coal plants to stave off a full-bore crisis as temperatures drop and supplies constrict further.

While it may not be possible at this point for Europe to avoid the Hobson’s choice between dependence on Russia and winter blackouts this year, strong American leadership can both help European allies going forward and avoid enduring similar self-inflicted pain ourselves. 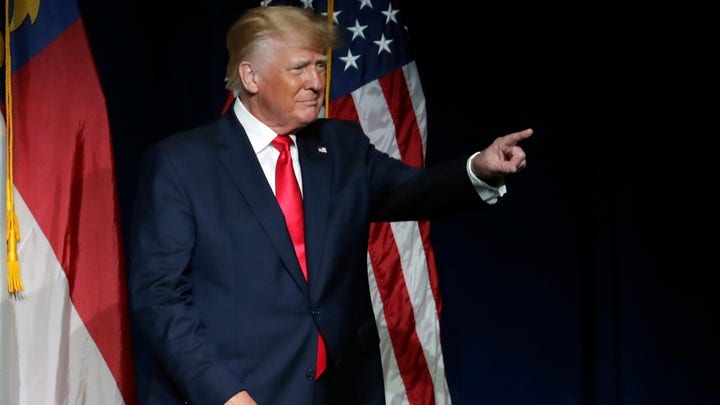 Natural factors have contributed to the current impasse, and revealed that the coveted renewable, carbon-neutral energy sources such as wind and hydro are not yet sufficiently reliable to fuel the modern world. Weaker wind than anticipated off the coast of the United Kingdom and drought in Scandinavia have resulted in a significant reduction in the anticipated supply of both wind and solar generated power.

Renewables, however, make up a relatively-small percentage of Europe’s energy supply, which is now disproportionately reliant on natural gas—particularly after aggressive campaigns in Germany, Belgium, and Spain to shutter nuclear power plants in the name of "climate." Russian natural gas giant, Gazprom, already supplies some 40 percent of natural gas to the Continent. It is looking to expand its market share via the new Nord Stream 2 pipeline running under the Baltic Sea, which will circumvent the existing pipelines supplying eastern Europe.

The United States, both through Congress and during the Trump administration, has strongly objected to the project on the grounds that it gives Putin a monopoly over European energy supplies—endangering our NATO allies. Europeans, however counter-intuitively, have insisted on going ahead with the project. They say improving the climate through the use of natural gas not produced from their own soil is more important than protecting themselves from reliance on Russia, which NATO was founded to counter.

It appears that Putin took advantage of a tightening gas market by directing Gazprom to gradually reduce gas exports to Europe to almost 20 percent below normal levels during the late summer when customers should have been stockpiling fuel for the winter—despite having ample supplies and unused capacity in the pipelines through Poland and Ukraine. The resulting shortfall, and concurrent spike in prices, will give Putin the leverage to force European customers to fast-track imports via the recently completed Nord Stream 2.

While Nord Stream 2 may now represent an energy lifeline to Europe this winter, going forward it also gives Russia a kill switch on Europe’s gas supply so that Putin can recreate the current crisis at any time in order to influence policy from London to Berlin—alongside an economic windfall through increased exports at higher prices.

Making Europe dependent on Nord Stream 2 will also liberate Putin from any concerns about outgoing German Chancellor Angela Merkel’s pledge to take strong action if Russia uses energy as a weapon against vulnerable countries, primarily in eastern Europe. It’ll also mean Putin can redouble his aggressive efforts to return the former members of the Soviet bloc to Russia’s sphere of influence through both energy and military coercion.

If our European allies recognize the reality that their current energy posture is unsustainable, America can and should assist them. For starters, the Biden administration should stop lamenting that Nord Stream 2 is inevitable and that the United States is powerless to prevent it.

We can call out Putin’s Gazprom as an irresponsible supplier with a track-record of weaponizing energy. We can redouble sanctions efforts to make any support for Nord Stream 2 economically toxic.

We can support protesters in countries such as Belgium who are demanding their governments reverse the proposed closure of nuclear power plants and encourage the expansion of clean and safe nuclear power both at home and abroad.

We can urge Europe to diversify its natural gas sources by, for example, accelerating the Eastern Mediterranean pipeline project to flow natural gas from Israel and Cyprus through Greece, as well as by increasing LNG imports from the United States and Egypt.

And, most importantly, we can recognize our own reality: Europe’s current energy woes could quickly become our own if political leadership here does not recognize that over-reaching proposals such as the Green New Deal unsustainably accelerate the drive towards electrification before we have sufficiently diverse and stable sources to supply our growing energy needs. Instead, we can draw first and foremost from our domestic oil and gas supply until—not before—new alternative and renewable energy sources come fully online.

Victoria Coates is a Senior Fellow at the Center for Security Policy. In the Trump administration, she served as Deputy National Security Advisor for the Middle East and North Africa and Senior Policy Advisor to the Secretary of Energy.