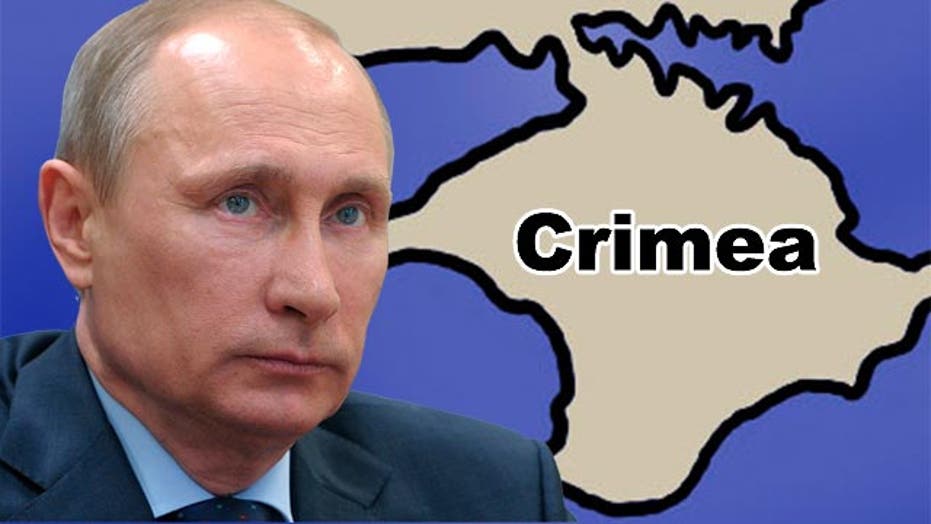 The renewal of fighting this week over the Donetsk airport in Eastern Ukraine– an important symbolic target for Russian proxy fighters—should come as no surprise. The U.S. and Western Europe should expect even more extensive Russia-directed attacks.

The daily poisoning of  Russian hearts and minds  on state-controlled national television is now beginning to surpass even  Soviet totalitarianism.

Why? Because of the choice Vladimir Putin made five years ago, confirmed on his reelection in 2012 – and is continuing to make. After Russia’s GDP plunged by almost 8 percent during the 2008-9 world financial crisis, there was a virtual consensus among Russian economists that Putin’s economic model, which depended on the redistribution of revenues from ever-increasing oil prices, along with  growing state control over the economy and rampant corruption, was nearly exhausted.

The daily poisoning of  Russian hearts and minds  on state-controlled national television is now beginning to surpass even  Soviet totalitarianism.

Russia needed to “modernize and diversify,” as the catch words among such thinkers went. But to do so, the country first and foremost had to “improve the investment climate.”

That was  a euphemism for tapering off the state’s grip on the economy; getting rid of bureaucratic shakedowns of private businesses; ensuring that courts were no longer for sale or open to “instructions” from authorities; strengthening private property rights; and eventually decentralizing and liberalizing the political system.

Kudrin was to be a disappointed man. While paying lip service to “modernization,” the Kremlin did nothing to advance that agenda.

Two years later, Russia was shaken by pro-democracy, anti-Putin demonstrations in all of Russia’s largest cities.

Putin got the same message that almost every authoritarian leader gets sooner or later: reform and democratize to improve the economy or tighten the screws of repression to deal with discontent.

We all know what Putin did. Upon his presidential  reelection in 2012,  he issued  a slew of laws constraining already limited freedoms of public protest and speech.

The consequences came quickly:  even with oil  prices over $100 per bbl., growth dwindled to a crawl and capital flight reached record levels.

By the end of 2013, Putin’s popularity was at lowest point in 13 years. Around half of Russians did not want to see him as president again in 2018.

Yet Putin doubled down once more, using another tried-and-true authoritarian tool: manufactured nationalist patriotic frenzy mixed with paranoia and served up by deafening propaganda.

The anti-corruption, pro-European revolution in Ukraine was presented as an American plot against Russia. Following the annexation of Crimea in March 2014, those who opposed the regime were labelled the “fifth column” and “national traitors.”

Then came war in Ukraine -- aggression by proxy or, last fall, by uniformed Russian troops.

The daily poisoning of  Russian hearts and minds  on state-controlled national television is now beginning to surpass even  Soviet totalitarianism. Western democracies are portrayed as Russia’s mortal enemies, who seek to undermine Moscow’s sovereignty and enslave its people.

This Stalinist-style propaganda is designed to justify the Kremlin’s aggression against Ukraine, excuse increasing domestic repression, explain away mounting economic hardships  and-- most troubling—perhaps prepare the country for possible aggression against other neighbors.

Both in his end-of-year press-conference and in his New Year’s message to the nation, Putin  fixed the propaganda pitch to the highest point:

“We are defending our independence, our sovereignty and our right to exist,”  he declared. “We need to accomplish, to realize all that we planned – for ourselves, for the sake of our children, and for the sake of Russia.”

After this, can anyone expect the Russian commander-in-chief to go wobbly on foreign enemies or to abandon ethnic “brethren” fighting  against an allegedly genocidal  “Nazi junta”—  known to the rest of the world as the elected government in Kiev?

U.S. and European diplomats keep talking about providing Russia with an “off ramp.” Judging by Putin’s rhetoric, there is no ramp high enough for the task.

So long as Putin sticks with the anti-reform choice, escalation appears to be his only tactic for staying in and consolidating power.

This choice preceded the drop in oil prices and Western sanctions – and it will outlive them as well. The West should expect no magic turn-around and prepare to confront but also engage with this Russia over the long haul.

Leon Aron is Resident Scholar and Director of Russian Studies at the American Enterprise Institute. He is the author, most recently, of "Roads to the Temple: Truth, Memory, Ideas, and Ideals in the Making of the Russian Revolution, 1987-1991." Follow him on Twitter@AronRTTT.