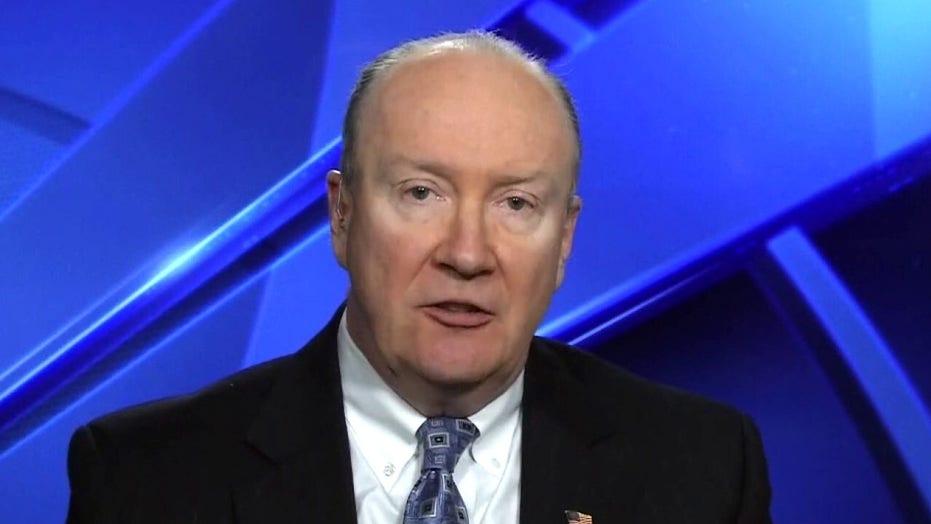 “Unidentified stormtroopers” is what House Speaker Nancy Pelosi, D-Calif., called the law enforcement agents of the Department of Homeland Security struggling to protect the federal courthouse that Portland, Ore., rioters have been firebombing.

Never is it more critical for the nation’s senior officials and elder statesmen to present a united American front than in times of insurrection. No matter how we may feel about the underlying political grievances, when peaceful protest descends into violent subversion, or — more accurately — when essentially violent subversion is allowed to masquerade as peaceful protest, there needs to be ringing condemnation and support for law enforcement.

Yet, Democrats and Trump-abhorring Republicans cannot get past their petty political score-settling, even for the purpose of supporting law enforcement against violent anti-American radicals.

This is not one of those times for “But Trump …” bleating. Yes, the president is abrasive and prone to say inexcusable things. On this one, though, there is only one right and one wrong side. The demagogues aligning themselves with subversives against federal agents are wrong. Say what you will about the president, he’s made it very clear he’s with our agents.

Pelosi is a professional political partisan, among the most powerful members of a party that, like Middle Eastern governments, thinks it can make common cause with violent radicals, even use them as political attack dogs, and not get bitten in the end. Sadly, then, her slander against law enforcement comes as no surprise.

Ridge’s remarks, on the other hand, are worth pausing over. First, there was the revisionist history: DHS, he says, “was established to protect America from the ever-present threat of global terrorism.”

TOM HOMAN: TRUMP RIGHT TO SEND FED LAW OFFICERS TO CHICAGO AND OTHER CITIES TO FIGHT CRIME AND SAVE LIVES

That claim is claptrap. As one who opposed its establishment at the time, I will tell you that DHS was established so Washington could try to show the country it was doing something meaningful after jihadists killed nearly 3,000 Americans in the Sept. 11, 2001, terrorist attacks.

DHS was one of two unnecessary bureaucracies thus created — the other being the now predictably bloated Office of the Director of National Intelligence.

The main government failing in the 9/11 debacle was the failure to share intelligence within and across agencies that have national security responsibilities. Congress being Congress, it was thought that more bureaucracy would improve how bureaucracies cooperated — DHS would do that on the domestic side, and ODNI on the foreign side.

But the FBI, which is primarily responsible for domestic security, fought zealously to preserve its turf, retaining control over intelligence sharing. DHS was not going to get the mission that was the rationale for creating a new bureaucracy. Instead, it became home to an array of (mostly) existing federal agencies in a vast governmental restructuring. America could have dealt with global terrorism as well as it ever did without establishing DHS.

But DHS was established, and it is the home of these agencies. Law enforcement and domestic security agencies. As Ridge is well aware, DHS is not a military department. It has a component, the Coast Guard, that is considered a branch of the armed forces, but it is under DHS in peacetime, carrying out a maritime law enforcement mission (it may be transferred to the Navy in wartime).

Taking aim at Trump, and promoting the Democratic narrative that the president is a dictator using federal agents as a military force, Ridge asserted: “It would be a cold day in hell before I would consent to an uninvited, unilateral intervention into one of my cities.”

But DHS performs such missions all the time. One of its component agencies is the Federal Protective Service. FPS’s job, according to its own mission statement, includes the protection of U.S. government “infrastructure, services, and the people who provide or receive them.” This includes providing “integrated security and law enforcement services to more than 9,500 federal facilities nationwide.”

By statute, this includes federal courthouses. Yes, DHS agents go into cities all across the country, every day, uninvited by the state and local governments, and unilaterally protect federal courthouses and other federal property — even when those facilities are not being firebombed, vandalized, and otherwise forcibly attacked by radicals and arsonists.

If DHS agents didn’t do this, they’d be flouting their legal obligations. If the president did not direct them to do this, it would be a dereliction of his solemn constitutional duty to take care that the laws be faithfully executed.

In Portland, the rioters overwhelmed the contingent of DHS agents that, in normal times, is sufficient to protect the courthouse and other federal facilities. As commonsense would dictate, DHS brought in reinforcements from its other law enforcement agency components, primarily U.S. Customs and Border Protection (CBP) and U.S. Immigration and Customs Enforcement.

Ridge also knows this is not occurring in a vacuum. At the same time federal facilities are under attack in Portland, violent crime is spiking in major American cities. If the president is to fulfill his constitutional duty to enforce federal law, he must take action on that front as well.

Consequently, Trump has announced that federal law enforcement agencies, mostly under the purview of the Justice Department (for example, district U.S. attorney’s offices; the FBI; the Drug Enforcement Administration; the Bureau of Alcohol, Tobacco, Firearms and Explosives; and the U.S. Marshals Service), will be surged to high-crime cities, beginning with Kansas City, Mo.; Chicago; and Albuquerque, N.M. Other cities are likely to be added to this initiative.

This law enforcement mission is discrete from the infrastructure security mission in Portland. What’s more, it is being carried out under the auspices of existing task force arrangements between federal and state law enforcement agencies to combat gang crime, organized crime, drug trafficking, and illegal firearms activity.

Trump is not sending federal agents to storm Democratic-controlled cities. The president is beefing up existing federal-state partnerships (contributing federal agents, plus federal funding so the states and municipalities can contribute more police) to assist in quelling murderous brutality that is making swaths of cities unlivable for the Americans who reside there.

Yet, knowing that, Democrats are exploiting a violent crime crisis — one largely wrought by their own policies — to hone a political message: Trump is a dictator who is militarizing federal agencies to suppress peaceful protest.

In this mendacious narrative, Democrats conflate the security mission they have distorted in Portland with the law enforcement mission in the cities where violent street crime is on the rise. They would have the public think the president has already sent “troops” —  indeed, “stormtroopers” — to Portland and is now planning to send them all over the country.

The Democrats know this is not true. Tom Ridge knows it’s not true. But they are saying it anyway. They are making the already dangerous job of dedicated federal agents even more perilous. For them, the political imperative of defeating Trump in November is a higher priority than the safety of Americans. That’s a disgrace.