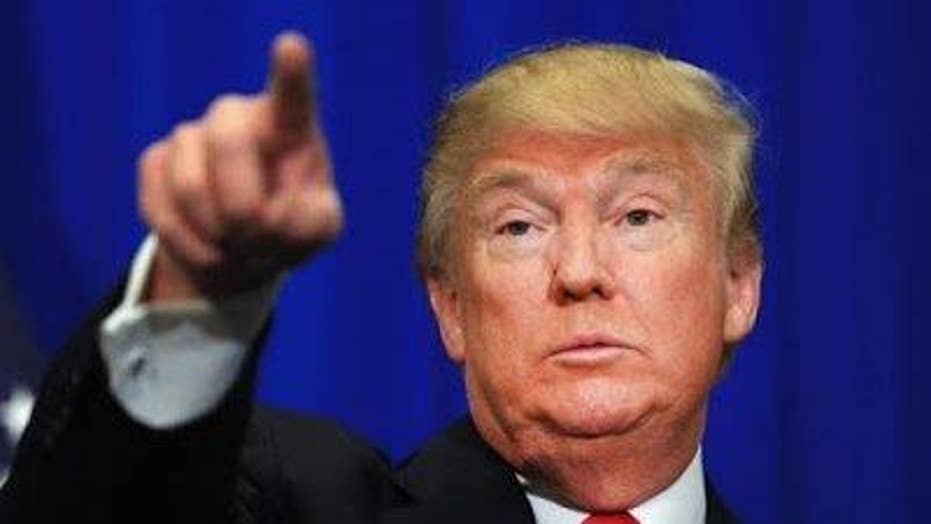 President Trump on court ruling: We will win the case

The principal of a fancy New York City private school says the election of President Trump is worse than the September 11, 2001 terrorist attacks.

Steve Nelson, principal of the Calhoun School, fired off a hate-filled email to parents blasting the president. He also said Trump's election would be more devastating than Vietnam, Watergate and the assassination of the Rev. Martin Luther King, Jr.

Click here to get your copy of Todd’s new book – “The Deplorables’ Guide to Making America Great Again!” Liberals say it is truly deplorable!

“I walked the complex inner-city streets of Cleveland during the racial unrest of the 60’s,” he wrote in an email obtained by the New York Post. “I was in rural Georgia when Martin Luther King Junior was assassinated in Tennessee. I watched every moment of the Watergate hearings that led to the resignation of Richard M. Nixon. I watched soot-covered New Yorkers grimly trudging north on West End Avenue on September 11, 2001. I am more troubled now.”

The principal would have us believe that he was more disturbed by Trump’s election than the sight of New Yorkers falling from the sky or the Twin Towers collapsing onto the streets of lower Manhattan.

Just to put this in perspective, the principal believes President Trump is worse than the Muslim hijackers who flew jetliners into buildings and slaughtered thousands of Americans.

The principal would have us believe that he was more disturbed by Trump’s election than the sight of New Yorkers falling from the sky or the Twin Towers collapsing onto the streets of lower Manhattan.

I do not know Principal Nelson, but he sounds like a deeply disturbed educator who should not be around impressionable school children.

I’m rather surprised the principal did not blame Trump for sinking the Titanic or causing the Black Plague.

As repulsive as his comments might have been, I believe the principal’s beliefs are rather mainstream among liberals.

During the 2016 presidential campaign Hillary Clinton labeled many of President Trump’s supporters as a basket of “irredeemable deplorables.”

I borrowed that phrase for the title of my new book, “The Deplorables’ Guide to Making America Great Again.”

In the liberal mindset, conservatives who support traditional marriage and securing the border and gun rights are not just deplorable. They believe we are irredeemable deplorables. In other words, our beliefs make us beyond redemption.

That’s why so many parents and teachers defended Principal Nelson’s hate speech.

“I’ve been at the school for 19 years and there was not a message that got a more positive response than this one,” he told the Post. “If this upset a few people I understand. But you can’t make everyone happy all the time.”

What a steaming pile of compost.

The Calhoun School’s only redeeming quality is that taxpayers are not forced to pay for this dumpster fire of a school.

So let’s set the record straight.

President Trump has never waged jihad against Americans -- nor has he assassinated a Civil Rights leader or napalmed a jungle in Vietnam.

And to compare those horrific atrocities with the president's desire to make our nation great again is not just offensive -- it's downright evil.