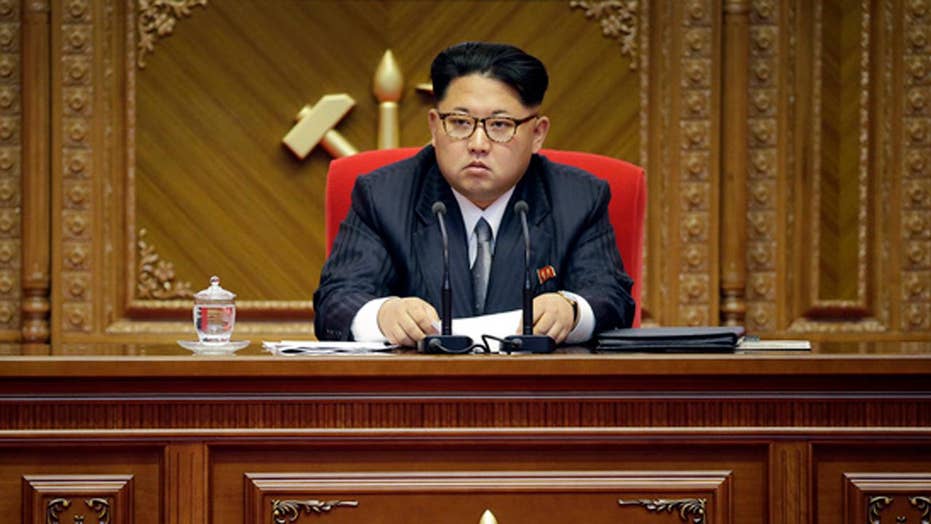 According to a newly released survey by the Chicago Council on Global Affairs, 75 percent of Americans feel North Korea’s nuclear program is a critical threat facing the United States. And unfortunately for the Trump administration, its recent efforts to rein in the so-called “hermit kingdom,” while the boldest of any administration to date, are likely to fall short of stopping Pyongyang from developing an even more powerful nuclear weapon along with ever more advanced missiles to strike the U.S. homeland.

But before we dissect what Team Trump got wrong when it comes to North Korea—and how they can still get it right—we need to give credit where credit is due.

This administration dared do what no other has in the past: name Pyongyang its number one foreign policy priority. With no silver bullet at the ready to solve what is clearly the ultimate Pandora’s Box—boobytrapped with what can only be described as a nuclear armed fuse—President Trump delivered on a campaign promise to tackle the biggest threats facing America today. With North Korea now six to eighteen months away from building a hydrogen bomb, challenges like ISIS, Russia, the Syrian Civil War or anything else seem to pale in comparison. Just the amount of analysis and news coverage dedicated to the dastardly deeds of Kim Jong Un alone is a win—shining a much-needed spotlight onto a regime that should have been tossed into the scrap heap of history long-ago.

If history tells us anything, China has never, ever, enforced UN Security Council resolutions when it comes to North Korea.

It seems, at least for the time being, the Trump administration has decided to follow the most obvious path of trying to restrain North Korea, attacking the lifeblood of the Kim regime: its exports to the outside world. Over the weekend, the U.S. led an international coalition passing a tough UN Security Council resolution that one senior White House official described to me as “sanctions on Hulk Hogan-style steroids.”

On the surface, the sanctions do seem quite muscular. The move, supported by China as well as Russia, take away roughly one-third of North Korea’s export revenue, or a billion dollars, from an economy that is roughly worth only fourteen billion. Considering the fact that Pyongyang’s economy is the size of tiny Laos, this has all the appearances of a devastating response to North Korea’s two recent long-range missile tests.

Except it’s not. You see, there is a fatal flaw when it comes to applying sanctions to North Korea: almost all of Pyongyang’s exports go to its Communist brother-in-arms, China. And if history tells us anything, China has never, ever, enforced UN Security Council resolutions when it comes to North Korea. In fact, it seems quite clear this latest sanctions action will be what all the other sanctions resolutions end up being: a scrap of worthless paper.

The simple fact is Beijing is likely more afraid of North Korea than we are. Senior Chinese officials have told me time and time again they fear that if they put too much pressure on the Kim regime it could collapse—and they would own the problems that would create. As one Chinese official told me last week: “The great rule we learned from you [the United States] when it comes to international politics is that if you break it, you own it. We aren’t going to risk collapsing the North Korean regime. We don’t want to deal with that nightmare. We will apply pressure, but you will never be happy with how far we are willing to go.”

From there—at least the way Beijing sees it—it could get even worse. China also fears creating a situation where if North Korea were to collapse there could be a civil war, where rival factions fire atomic or chemical weapons at each other—and millions would likely perish. They also don't want countless scores of refugees to feed or, at some point in the future, a united Korea that is allied with America that would be a powerful counterweight to Beijing.

For China, a divided Korea, even as dangerous as it is, suits their interests in some respects. We aren’t talking much about the South China Sea or Taiwan, for instance, so Beijing does gain an important advantage on other issues if North Korea takes up all the foreign policy bandwidth in Asia.

Despite these challenges, which I would argue are inflated from China’s point of view—Beijing could easily offer alternative options to help the international community push back against a common threat, like getting Kim to the negotiating table—China’s strategy seems quite clear. Beijing wants to ensure the status quo holds for at least the short- to medium-term.

Thankfully there is still time to make some important course corrections to see these sanction actions constrain North Korea’s nuclear and missile programs. Pyongyang simply can’t be allowed to continue building more and more advanced nuclear weapons and missiles. Sanctions are the best of the worst options—and they need to be enforced, unless China wants to offer a better idea.

Then, he should impose unilateral sanctions on those firms, such as stopping them from using the U.S. financial system or doing any business here in America—possibly sanctioning large Chinese banks or state-owned enterprises. Then, Team Trump needs to press forward on making sure China plays by the rules on trade, pushing back in the South China Sea or over Taiwan, or wherever else Beijing is pressing its luck. That might be just the only way to get China to keep its word.