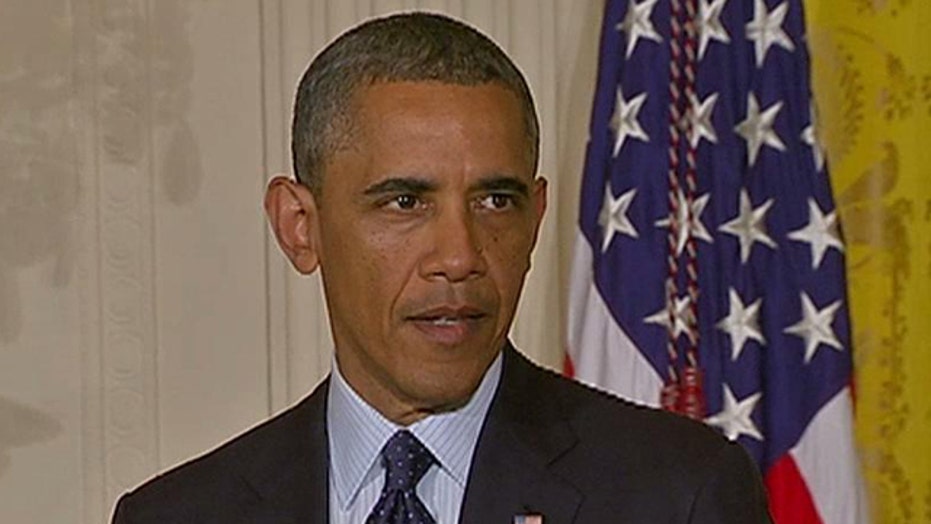 Is Obama a bystander or observer?

Remember Kevin Costner’s movie, “No Way Out”? President Obama could star in the remake. Either he knew about the IRS scandal and he should be impeached…or he knew nothing about it, and he should resign for incompetence.

The reason I believe he is lying is because I’ve never heard of a CEO who knows nothing going on under his own command.

Certainly Obama has always given the impression he knows everything going on. When it came to his big success -- the killing of Usama bin Laden- the Obama White House was quick to take full credit. We heard the narrative that Obama was involved in all the planning. He knew every minute detail. Obama was the hands-on CEO. It was Obama's “kill.”

It was like a UFC Championship bout to the death: Osama versus Obama. That’s certainly what the public relations spinners at the Obama White House wanted us to believe.

But suddenly, when it comes to the IRS scandal, the president has morphed from Chuck Norris to Sgt. Shultz of "Hogan's Heroes." He knew...NOTHING. He heard...NOTHING. He saw...NOTHING. Suddenly it's a VERY big government and no one man can know what's going on under his command. Suddenly he is the ultimate hands-off CEO. Suddenly he was too busy on the golf course.

Even when the Obama White House was briefed on the IRS scandal during election season, senior aides told Obama nothing. Why on earth would they bother to mention to the CEO that a massive scandal is under investigation, one that involves his own employees who are acting like gangsters to destroy his critics and opponents? No one would bother inform a CEO about a little thing like that, right?

The first time the president of the United States allegedly found out about the IRS scandal was on a Friday, just 10 days ago, just like the rest of us. We are led to believe he was watching CNN and they mentioned the IRS scandal. And I guess we’re to believe that Obama turned to his Chief of Staff and said, “Wow, those IRS dudes really went rogue!”

Suddenly Obama gets his news about what his own government is up to from the media. This would be funny, if it wasn't tragic.

We're being lied to by our own president. I believe he knew about the IRS scandal, because it was his White House doing the targeting.

I am living proof. I am a witness to how bad this scandal really is -- with a personal story of IRS harassment and persecution to make your toes curl. Pure coincidence, you think? Just low-level rogue employees acting on their own, you think?

These same low-level career bureaucrats that decided to profile, target, and persecute me, also chose to persecute Billy Graham, James Dobson, various radio talk show hosts, and people associated with Tea Party groups, conservative foundations, Jewish pro-Israel groups, and any group daring to educate the public about the U.S. Constitution. And all of this was decided “on the fly” by low level employees, in different offices, with no coordination, and no orders from above.

Do you believe that? Really? Then, I’ve got a bridge to sell you in Brooklyn.

But let’s assume for a moment that Obama really knew nothing about all this. Well that’s almost as damning as if he knew. That would make him the most incompetent and clueless CEO in history.

Let’s use the example of a CEO of a public company on Wall Street. He steps up to the podium with cameras flashing and says, “There was an organized mafia-style intimidation and extortion scheme going on among my employees…with the intent to destroy my competitors. I never knew a thing about it. I was not involved. I found out this morning by watching CNN. I’m as shocked as you.”

Note: this is where the audience laughter drowns out the CEO. The next series of events are clear. The Board terminates this CEO on the spot. The company announces a lawsuit to recover all his salary and stock options. The SEC announces an indictment and he is prosecuted under RICO statues for fraud, racketeering and extortion. He loses everything and goes to prison.

Rest assured you've only seen the tip of the iceberg. This IRS scandal will soon get much worse. And it will lead to the president himself -- if the media does their job.

But if it turns out that Obama really knew nothing…if he was too busy playing golf to bother with running his own government…then the problem is even worse than we imagined. In that case, we have a CEO who knows nothing running the U.S. economy and commanding the U.S. military.