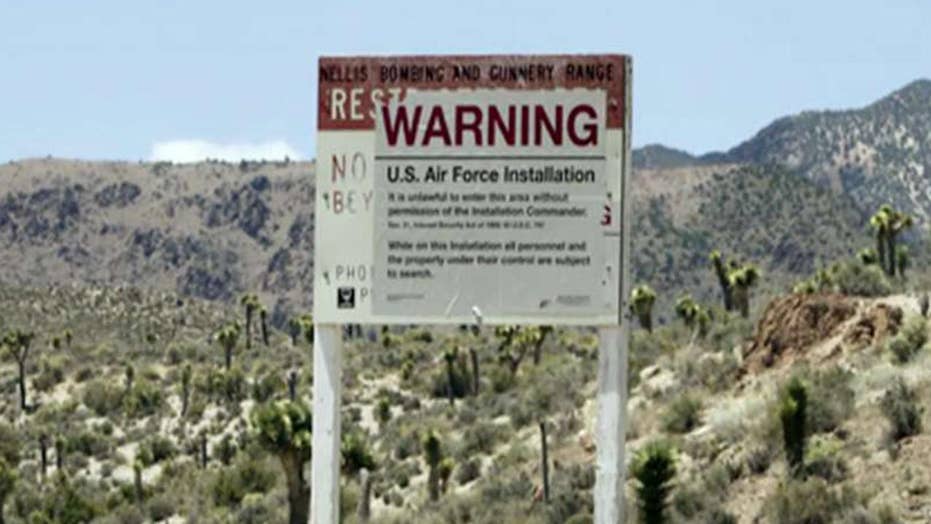 Matty Roberts of Bakersfield, Calif., claims he was only kidding when he posted a Facebook page asking people to sign up for a mass invasion of one of America's most secret military bases Sept. 20. The National Classified Test Facility, best known to the public as Area 51 (its official designation from 1959 to 1979), has been entwined in a tangled web of conspiracy lore promoted by those who believe the government is hiding captured extraterrestrial spacecraft, or even alien beings, at the site.

What makes this particular military installation special? Why would people want to endanger their lives by trespassing into such a place? 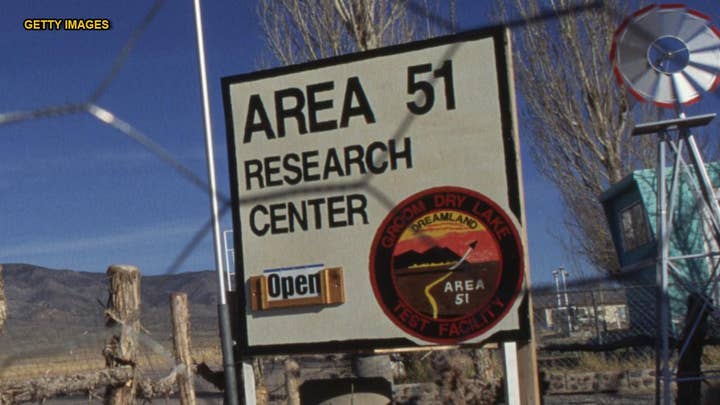 Perhaps it's because Area 51 has been a source of mystery and fascination since 1955, when it was built as a test site for the Central Intelligence Agency's U-2 spy plane. The site at Groom Dry Lake was established in a remote and forbidding location, within a deep valley adjacent to the nation's nuclear weapons proving ground.

Being surrounded by Air Force bombing and gunnery ranges provided security and cover for construction of what began as a small airfield with fewer than 250 people working there.

Government officials initially attempted to hide the base in plain sight, describing it as a temporary support facility for nuclear testing in a statement released to more than a dozen television, radio and print media outlets.

This cover story was perpetuated throughout the 1960s, when Area 51 grew into a permanent installation with more than 1,800 people.

Despite occasional leaks to the media, the CIA and Air Force somehow managed to (mostly) keep a lid on activities that included development of a triple-sonic spy plane and technical exploitation of captured Russian fighter planes. Notably, there was no talk of flying saucers or aliens.

In 1977 the CIA transferred functional responsibility for Area 51 to the Air Force because the service needed a clandestine base for testing a new breed of so-called stealth planes designed to be nearly invisible to radar.

To achieve this, these truly exotic aircraft required unique shaping and materials that would bend and absorb radar waves. As one test pilot recalled of a stealth prototype, "It really looked like something that flew in from outer space."

By 1980, people who believed Earth was being visited by intelligent extraterrestrial beings were trading rumors of alleged government conspiracies involving captured alien technology at Area 51.

Before the Internet era, these tales circulated primarily amongst UFO enthusiasts. Area 51 didn't truly enter the collective consciousness until 1989 when a man named Robert Lazar claimed to have worked on actual extraterrestrial spacecraft at the secret facility. Although his background and credentials proved questionable, Lazar's claims became the foundation for public perception of Area 51 from that point on.

After the story broke, people from around the world descended on the borders of the secret test range in the hope of seeing flying saucers, and residents of nearby communities cashed in on the frenzy.

A local bar and grill – where the clientele once consisted of cowboys, alfalfa farmers and miners – redecorated in a UFO motif and became a must-see tourist destination. Soon, every truck stop and convenience store along nearby highways was hawking Area 51 caps, T-shirts, toys and UFO memorabilia.

The media milked this trend for all it was worth, promoting sensationalistic stories that rapidly elevated Area 51 from obscurity to international phenomenon.

Stony silence and terse denials from Air Force officials only fueled public speculation. Perpetuating the mystery of Area 51 transformed an ordinary research and development facility into a blank slate for the imagination.

This self-sustaining engine of unwanted publicity had unintended consequences. Whenever unauthorized observers were present, work on classified programs at Groom Lake ground to a halt. Experimental aircraft remained grounded and hidden inside hangars while test personnel sat idle, sometimes for an entire workweek.

Airplane enthusiasts, UFO watchers and, possibly, foreign spies cost the government – and by extension, the American taxpayer – many millions of dollars.

Today, Area 51 is a national test facility providing jobs for more than 2,000 members of the military and employees of contractors. It serves as a proving ground for revolutionary aircraft configurations, stealth and countermeasures that improve aircraft survivability, advanced weapons and evaluation of adversary threat systems.

The nation's military readiness depends on vital work that goes on there every day. This is why what happens at Area 51 must remain classified – not because the government is hiding extraterrestrials and their spaceships.

Military secrecy protects national security, and, the impassioned desires of a flash mob – even a taxpaying one – notwithstanding, citizens, unfortunately, have no inherent right to know the details.