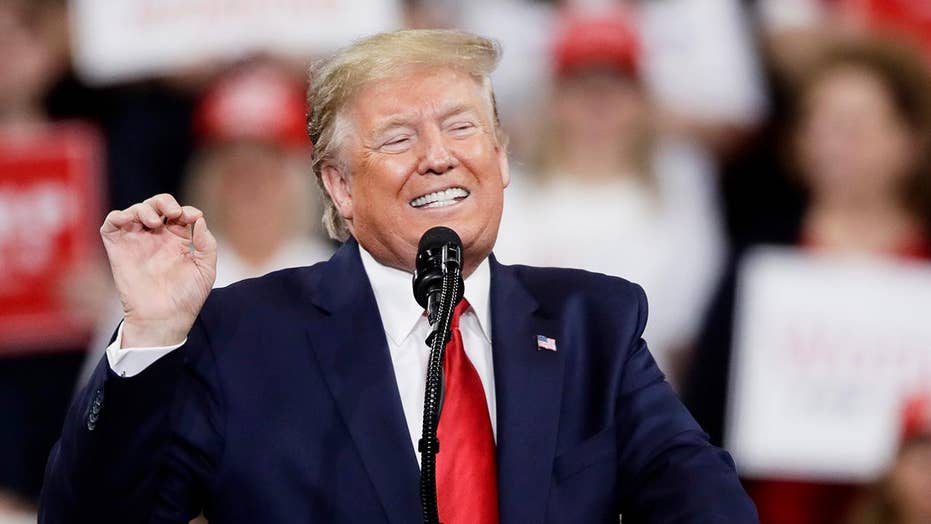 Trump: Democrats embarrassed by impeachment and our poll numbers have gone through the roof

House Democrats made it official this week — they will vote on two impeachment articles. But as history-making events go, the announcement was extra weird.

The decision was expected, yet the way it unfolded was strange. Speaker Nancy Pelosi obviously put out an order requiring her team to adopt a sackcloth-and-ashes pose for the cameras, as if they were attending a funeral.

No high-fives, back slapping and smiles today! Gotta pretend we’re not enjoying this!

The act surely didn’t fool anyone. The rabid Dem base is certainly cheering the moment, and Trump supporters won’t be tricked by phony long faces.

In fact, the decision is a huge milestone in the long resistance to Trump, and pretending otherwise is silly. But the politics of the conjured impeachment require a continual selling job, and conveying a sense of dutiful reluctance is part of Pelosi’s con.

The contents of the announcement were also odd, starting with the rushed path to the finish line. A committee vote this week, a full House vote maybe next week and then off for Christmas vacation.

Anyone expecting a full and deliberate debate on an issue of such national importance hasn’t been paying attention. This is a one-party show done only for political purposes, so there’s no time or reason to debate.

The speed also suggests the leaders are reading polls and concluded that the more they talk, the less the public supports them. On that score, they’re dead right.