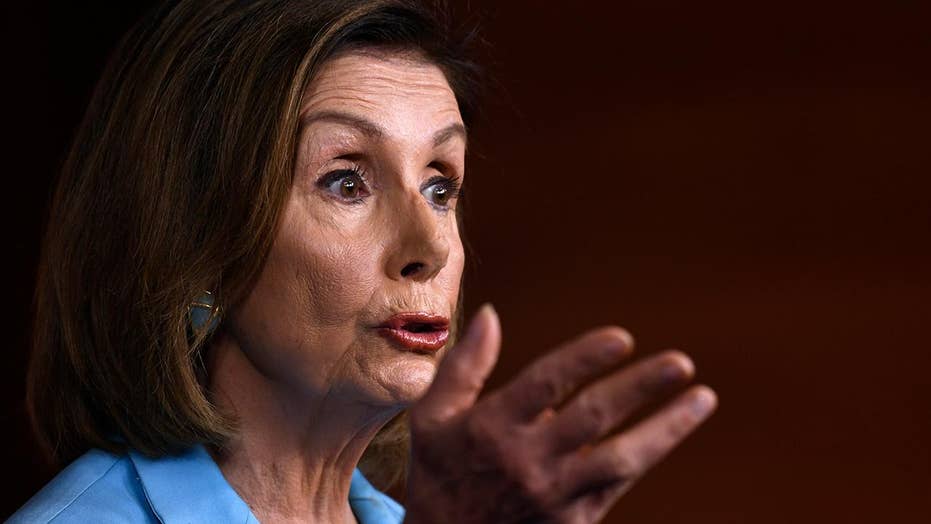 Why hasn't Nancy Pelosi held a full vote on impeachment?

How are Americans feeling about House Speaker Nancy Pelosi's impeachment inquiry? Well, if you’re a Democrat and among a majority in your party who wanted to see impeachment, you’re excited about the prospect, and perhaps relieved that the process seems to be headed toward an actual vote in the House. But for the more progressive wing of the Democratic Party, a mere inquiry doesn't go far enough.

America’s attitude toward impeachment is changing. Unlike what we saw during the Mueller investigation, voters seem to care.

If the polls are to be believed, American’s views on impeachment are evolving. As of late September, Americans were split over the Democratic move to open an impeachment inquiry. According to an NPR/PBS NewsHour/Marist poll, 49 percent approved while 46 percent did not. According to that poll, independents were certainly not on board. But according to that same poll, seven in 10 said they were paying attention to the news.

LARRY ELDER: IMPEACHMENT IS JUST THE LATEST DEMOCRATIC ATTEMPT TO TAKE OUT TRUMP

In July, it was only 37 percent that supported opening an impeachment inquiry.

Now, a new Washington Post-Schar School poll shows the tide of public opinion shifting yet again, and in favor of Pelosi. The polling showed Americans, by a margin of 58 to 38 percent, feel House Democrats are right to open an impeachment inquiry. Of those, 43 percent were strongly in favor.

It seems the transcript of the president’s phone call with Ukrainian President Volodymyr Zelensky was a game-changer. In that same Washington Post-Schar School poll, 62 percent stated it was “inappropriate” for Trump to ask Zelensky to investigate former Vice President Joe Biden and his son, Hunter, while 43 percent said it was “very inappropriate.”

We also see that many believe that Trump withheld military aid ahead of requesting the investigation of the Bidens: 38 percent said it “mattered a great deal” and 20 percent said it mattered "a good amount."

But what is very telling in these most recent poll numbers, is that almost three in ten Republicans said they supported beginning an impeachment inquiry, compared to 86 percent of Democrats and 57 percent of independents.

The numbers indicate more Americans supporting an impeachment inquiry. They are bothered by the president’s phone call with the Ukrainian president, and they feel he withheld aid before requesting information on the Bidens.

What the polling shows is that American voters are increasingly interested in the impeachment inquiry. Nearly half also feel the House should vote to remove the president from office. These numbers greatly favor Democrats in the impeachment dispute.

But there is some bad news for Democrats, too. The polling also indicates that approximately half of respondents feel Democrats are distracting Congress from more important issues. Especially with respect to Trump's decision to pull troops out of northern Syria, thereby throwing the Kurds under the bus, many feel impeachment is distracting from more serious issues.

So maybe Pelosi knows what she’s doing. She wanted a smoking gun, bipartisan support and did not want to divide the nation by going forward with a formal vote for impeachment.

Pelosi is right to open an inquiry while taking a slower pace. Who knows? Ukraine might just be the smoking gun she needed.

Polling indicates the country is becoming less divided over the issue, as the speaker wanted. And, as Pelosi herself has said: "Donald, you used to own a casino — you know the house always wins."