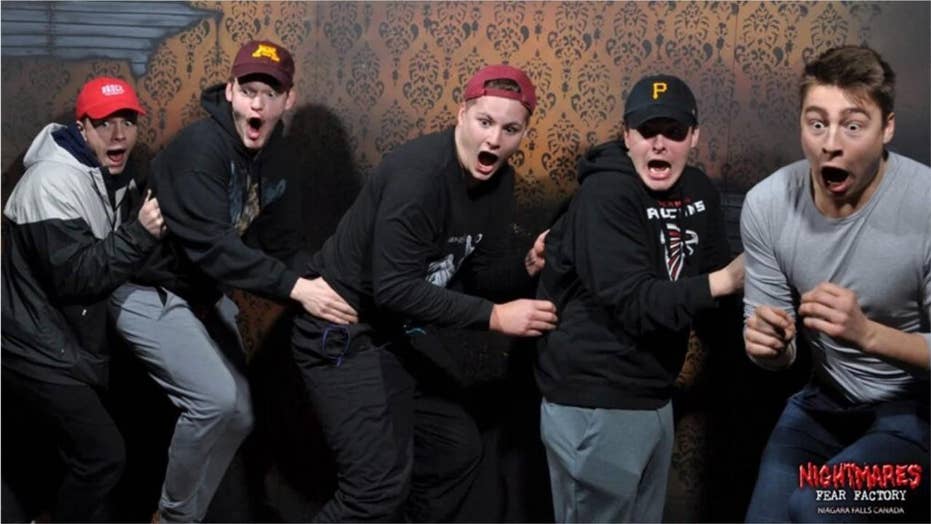 I’ll be blunt. I hate haunted houses and the gory side of Halloween.

Why? There are many reasons, really, but here is one.

In a day and age of alarming wickedness – from global terrorism to psychotic people who kill for the thrill of it – is it really wise to deliberately and voluntarily induce horror into our minds and our neighborhoods?

CAROL ROTH: CANCELING HALLOWEEN IS NOT A SOLUTION – IT ONLY MAKES KIDS EQUALLY MISERABLE

Go ahead, call me prudish or puritanical. Or boring. Or worse.

The owners of McKamey Manor in Summertown, Tenn., obviously disagree. Billed as the world’s scariest horror house, visitors are required to take a physical, watch a two-hour video and sign a 40-page waiver before entering the place.

In fact, the experience is purportedly so intense that its owners promise anyone who completes the “tour” a $20,000 prize  As of this past week, nobody had claimed the cash.

Then there’s a cob-web covered house a few miles from where we live in Colorado Springs with mannequins hanging from the porch rafters. But wait – there’s more. A beat-up old car is parked in the driveway, a blood-splattered mannequin hanging out its window. The last piece of the gory display is a knocked over baby carriage, made to look like it was hit by the car, complete with a dead, bloodied “child” slumped on its side.

And they call this entertainment? I call it sick.

My community is hardly alone. I suspect there are similar displays in your town. In recent years, Halloween has become big business. The National Retail Federation reported Americans spent $9 billion last year on costumes, candy and decorations.

I assume the rise in the darker side of Halloween is attributable to a constellation of factors ranging from a rise in secular beliefs to the influence of media and the escalating nature of things.

The degree of guts and gore notwithstanding, scaring people for entertainment likely dates back to the beginning of recorded history. Riveting tales of suspense are legendary. But like anything else, it’s human nature to escalate, push the envelope, and take things to the extreme.

According to most historians, the origin of the haunted house can be traced back to 19th century England. In 1802, the French artist Marie Tussaud created a big stir in London when she sculpted and assembled a collection of “death masks” featuring the faces of guillotine victims. It was called the “Chamber of Horrors” – and at the time it generated an enormous cultural buzz.

Believe it or not, Walt Disney, long considered America’s icon of wholesome family fun, is credited with launching the modern-day haunted house craze. Opening in 1969, Disneyland’s “Haunted Mansion” became a huge it, proving once again that Hollywood shapes culture in more ways than one.

I have Christian friends who object to the holiday altogether, citing its pagan and creepy origins. I respect their convictions and have to admit that from a theological standpoint, I’m on shaky ground recognizing the yearly festival.

Nevertheless, I’ve always enjoyed the innocent side of the Halloween or harvest holiday, first as a kid, and now as a parent. When I hear the rustle and crunch of fallen leaves underfoot, I’m transported back to hours upon hours of trick-or-treating on Long Island streets. My costumes included Superman, Batman as well as baseball and football players.

It was always such great fun to carve pumpkins, bob for apples and roam the neighborhood in the crisp fall air with my brothers and sister, collecting the coveted candy and homemade treats our neighbors so generously dispensed.

I’m looking forward to taking our boys trick-or-treating again this Thursday evening, hopefully adding to their storehouse of happy memories.

But I assume the rise in the darker side of Halloween is attributable to a constellation of factors ranging from a rise in secular beliefs to the influence of media and the escalating nature of things. Psychologists will tell you that what was once titillating soon proves boring, leading producers to magnify horror productions to get the same thrill or chill.

To be sure, I know there are a lot of fine people who enjoy a good scare and who feel they can easily separate the fact from the fiction. But the human mind is a tender, fragile, highly sensitive – and mysterious creation. The fact of the matter is that we become what we think about – and I’ve just never understood why anybody would want to ponder the ghoulish, inane and profane. As a favorite pastor used to say, “Garbage in, garbage out. What goes down in the well comes up in the bucket.”

If you ask me, that kind of advice is all treat and no trick.