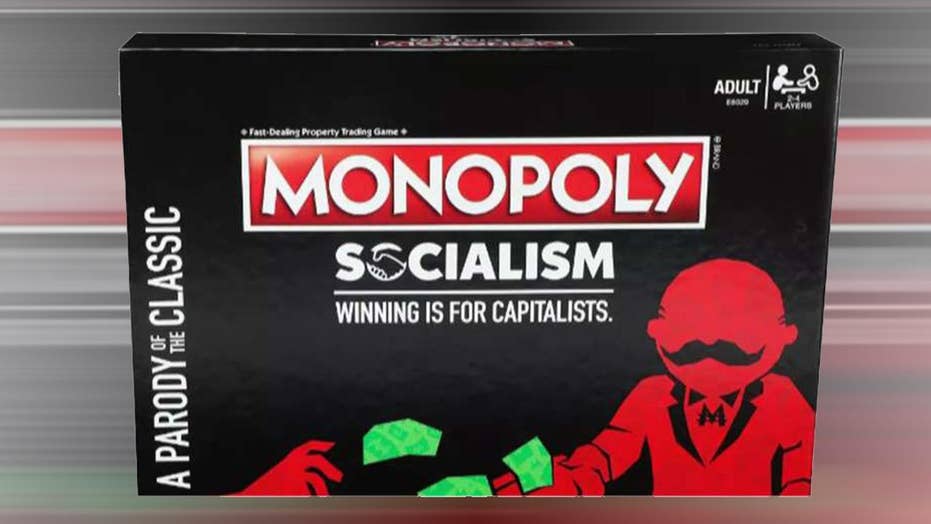 Since its launch in 1935, the makers of Monopoly have attempted to reinvent the bestselling board game numerous times.

Over the years, there have been elegant wood versions and customized college editions. Hasbro, who acquired the classic game from longtime owner Parker Brothers, even recently released “Monopoly for Millennials and “Monopoly Socialism.”

So, given the thematic potpourri of the classic brand, it’s not too surprising that game makers have launched yet another iteration, this time with the intent of confronting purported gender wage inequality.

JOSHUA ROGERS: HOW MY MOM PLAYED A BOARD GAME WITH ME — AND CHANGED MY LIFE

“Ms. Monopoly” attempts to do this by paying female players 20 percent more than men. Women who pass “Go” collect $240 as compared with their male counterparts’ $200.

Billing itself as “The first game where women make more than men,” Ms. Monopoly’s creators may be well-intentioned – but the underlying premise and presumption behind its claims are vastly overblown or downright inaccurate.

That’s because claims of gender wage inequality are largely a red herring.

Popularly referred to as the “wage gap,” liberal politicians on the campaign trail regularly hype and lament the fact that when compared to men, women make 80 cents on the dollar.

Ms. Monopoly to the rescue! Sorry, not so fast.

My mom loved to remind me that “Figures often lie, and liars often figure,” and this is certainly true in the case of so-called wage-gap propaganda.

Yes, it’s true that on average women make 20 percent less than men, but there are plenty of reasons why, and it has almost nothing to do with misogyny or gender bias.

IT’s true that on average women make 20 percent less than men, but there are plenty of reasons why, and it has almost nothing to do with misogyny or gender bias.

In fact, a study conducted this year by the National Bureau of Economic Research found that “hours worked” explained half of the gap. In other words, people who work fewer hours per week tend to earn less than those who work more.

Other reasons include types of jobs. For example, liberal activists like to lament gender wage disparity in professional athletics. They overlook the fact that male sports teams earn disproportionally far more revenue than female teams.

An even more substantial and significant (and related) explanation behind the male-female wage gap has to do with the fact that many women independently choose to either reduce their hours worked or put their careers on hold in order to raise and nurture their children.

Women who make this choice are aware that doing so financially and professionally impacts their career. After all, anybody, male or female, who dips in and out of the workforce is not likely to be in line for the same promotions or pay raises that await those who remain with the same company or career over an extended period of time.

Women who make this choice to step away from the workforce or reduce their hours to care for family should be lauded. To be sure, not every woman is able to do so, but those who do shouldn’t be patronized by suggesting they need a handout in order to level the playing field with their male counterparts.

It’s also pure idiocy to try and address one supposed inequality by instituting another.

My wife, who has a master’s degree in communications and was an accomplished oboist prior to marrying and raising our three boys, told me she finds the premise behind Ms. Monopoly insulting.

I have no doubt that Julie could earn just as much as me if that were her desire. Instead, she has chosen to pursue a career of incalculable value. Homeschooling our boys and navigating their growth and struggles, including dyslexia for two of them, is no small task. The future and fate of America rests on the ability of parents to raise the next generation of kids.

Tackling this topic inevitably elicits charges of patriarchy and claims that those of us who celebrate stay-at-home motherhood are somehow caught up in a time warp and would prefer to return to a pre-1960s America, when most mothers didn’t work outside the home.

I’ll plead guilty to preferring children be raised in the safe, secure and loving care of their parents, if possible. And I’m not alone. A 2016 Gallup poll found that 54 percent of mothers who work outside the home would prefer to devote their full-time energies to their families.

It’s been said that life is like a Monopoly board game – that at the end of our days, after all the moves and acquisitions, after all the successes and setbacks along with the fortunes and the failures - everything goes back in the box.

If that’s the case, and I think the analogy holds, one of the secrets of the good life is to enjoy the journey around the board. And in doing so, from Baltic to Boardwalk Avenues, let’s cheer and celebrate the many mothers of the world who aren’t just raising good kids – but raising kids who will one day grow up to become great adults.