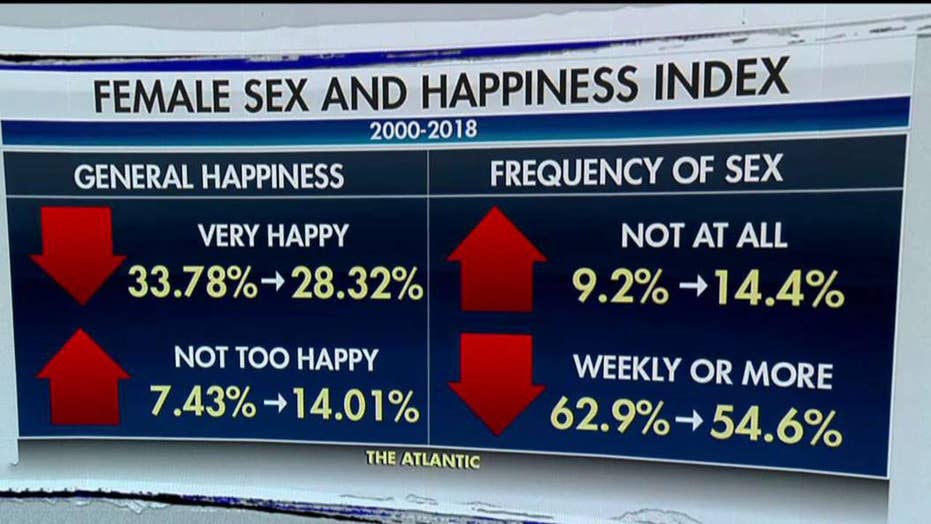 According to the "World Happiness Report" released earlier this spring, America’s collective bliss is on the decline and its misery on the rise. America is tn19th place behind top-rated Finland and only slightly happier than the Czech Republic, the 20th place finisher.

All of this despite a rising economy, record-low unemployment and technological advances that promise to make life easier, decreasing the need for hard labor and increasing the opportunity for leisure.

So, what gives? Maybe what our mothers taught us is true after all – although we need it to live, money can’t buy happiness.

Nearly two decades ago, I was miserable. My wife and I began something of an odyssey to start a family. Multiple miscarriages and failed fertility treatments left us exhausted, broke and feeling somewhat hopeless.

As goal-oriented as anyone, there was nothing I could seemingly do to solve the problem. I longed to be a father and wanted more than anything to see my wife a mother.

The root of my misery wasn’t infertility or the absence of a child – it was my own failure to look up and outside of myself.

In desperation, I was reading online one day about an experimental procedure that involved depressing the woman’s immune system based on the theory that infertility can be caused by her body’s rejection of the man’s sperm. We called the clinic and scheduled a phone consultation. The doctor suggested the process was promising and could reset the internal systems. But he warned it was dangerous, with side effects that replicated the AIDS virus, leaving the patient susceptible to any number of infections.

Hanging up from the call and debriefing with my wife, I was disgusted with my own stupidity and selfishness. Was I really willing to put Julie’s life at risk in order to conceive a biological child? I wasn’t, of course, but I was embarrassed that I had even been willing to entertain a conversation about the process.

Meriam-Webster defines "misery" as "a state of suffering and want that is the result of poverty or affliction" – a description that would seem to frame the condition in terms of material shortage or physical/psychological pain.

In reality, of course, outside of personal tragedy including the death of loved ones or debilitating illness, human misery is rarely the result of a single point of suffering but rather a byproduct of multiple factors, including the decisions we make about our time, priorities, attitude and money, as well as general indifference or downright foolishness, to name just a few contributing issues.

In other words, misery may love company, as the old saying goes, but instead of pointing fingers at others, the cause of it is often a company of one – ourselves.

The root of my misery wasn’t infertility or the absence of a child – it was my own failure to look up and outside of myself. The solution existed – but I was too stubborn to listen. Julie had broached the subject of adoption with me for years, but I had resisted out of fear, ignorance and selfishness.

Growing up back on Long Island, we had a bulletin board in our kitchen and in addition to doctor appointment cards and important phone numbers, my parents would often tack up quotes of sage wisdom or even cartoons intended to make a point. I remember one from the old comic Pogo, a popular strip by the late Walt Kelly.

Over 40 years later, the punchline still rattles in my head: "We have met the enemy and he is us."

If I’m honest, most of my misery in life has been self-inflicted. Back in high school, I was miserable because of my weight – but I had gained the weight because I used to stop at Burger King before dinner. I’ve been miserably in debt – all because I wasn’t patient enough to wait until I had the savings to make the purchase.

It’s an age-old problem, of course. From a comedian and comic strip creator like Kelly to clergyman Martin Luther, the observation about man’s role in his own misery is centuries old. In fact, the German reformer credited with launching the Protestant Reformation once said that sin itself is man “curved in upon himself” – a crippling self-centeredness that causes us to put ourselves over everybody else.

It was only after I had finally hit rock bottom that Julie’s suggestion to consider adoption finally struck me as something we should pray about and pursue. Fourteen years and three boys later, all of whom we’ve had the privilege of adopting, I realize the solution to my misery was to literally look outside myself.

Unfortunately, most of the debate and conversation concerning happiness and misery seems to either diminish or completely ignore the role faith (or no faith) plays in a person’s contentment. And if you think this is a new phenomenon, think again. It’s an old story. In August of 1902 – almost 117 years ago – The New York Times suggested, "Happiness is the end and aim of human effort."

Try telling that to those of us who embrace the Westminster Catechism, a theological treatise dating back to 1646 that states, "Man’s chief end is to glorify God, and to enjoy Him forever." Or consider the Baltimore Catechism, which offers similar theological underpinnings by declaring that a person’s chief purpose for living is "to know, love, and serve God."

One of my favorite Norman Rockwell paintings captures a throng of seemingly miserable New Yorkers shuffling past St. Thomas Church on Fifth Avenue and 53rd Street. Their shoulders are hunched, and their eyes are downcast. But just beyond them on the church steps is a man on a ladder spelling out the day’s message on a signboard. It reads, "LIFT UP THINE EYES."

As a Christian, lifting my eyes up to my creator and Savior is the key to my happiness and the antidote to my misery. In fact, there’s an old black spiritual that sums this up succinctly and whose lyrics can serve as the perfect prayer to convict: "It’s not my mother nor my father, nor my brother nor my sister, but’s it’s me, oh Lord, standing in the need of prayer."