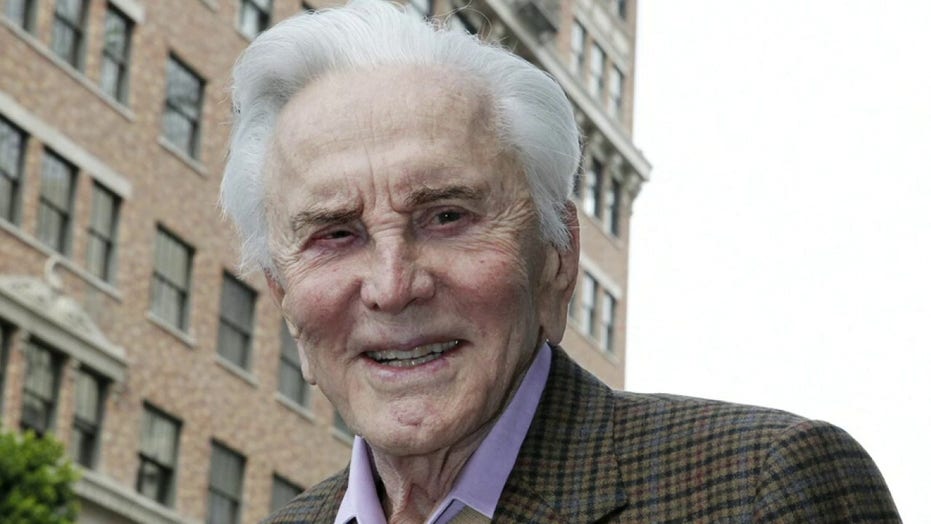 The man millions around the world would come to know as Kirk Douglas was born Issur Danielovitch on Dec. 9, 1916 – the only boy in a poor Russian Jewish family of seven children in Amsterdam, N.Y., near Albany.

Long before he changed his name to Kirk Douglas, the boy’s family changed their last name to Demsky and changed his first name to Isadore. His nickname was Izzy.

In the 103 years between his birth and his death that was announced Wednesday, the chiseled-jaw leading man endeared himself to generations of movie fans – not just for his well-played roles but also for his philanthropic and justice-oriented convictions.

Considered to be one of the last of Hollywood’s Golden Era stars, Kirk Douglas’ accomplishments spanned the century, ranging from roles in classic films including, “Spartacus,” “20,000 Leagues Under the Sea” and “Lust for Life.”

According to the American Film Institute, Douglas was one of the “greatest male screen legends” of all time – and received plenty of awards and nominations to support such a distinction. But sadly, even legends must die – just like the rest of us.

It’s become popular in some circles to suggest that it takes a village to raise a child, and surely every single one of us is the product of the many lives that touch ours – including the neighborhoods and influential people of our past.

But if Douglas had followed the lead of those within his community, he may very well have never made it to Hollywood and all the success he enjoyed on the silver screen.

Growing up, Douglas recalled that he excelled in the basic teachings of Judaism and the Hebrew language – no small feat for a young boy of modest means.

“The Jews of our community thought they would do a wonderful thing and collect enough money to send me to a yeshiva to become a rabbi,” he recalled. “Holy Moses! That scared … me. I didn’t want to be a rabbi. I wanted to be an actor. Believe me, the members of the Sons of Israel were persistent. I had nightmares – wearing long payos and a black hat. I had to work very hard to get out of it.”

As a 7-year-old, Izzy landed his first role in a school play as a shoemaker. Wearing a homemade black apron courtesy of his mother’s stitching, Izzy was moved to discover that his father Herschel (known as Harry), who hadn’t paid much attention to his only son’s interests, was in the audience.

“After the performance, he gave me my first Oscar,” Douglas recalled fondly years later. “An ice cream cone. I’ve never forgotten that.”

Harry Demsky could never get a job in Amsterdam’s mills, which at the time refused to hire Jews. So he became a ragman – someone who collected and sold discarded items. No doubt he never dreamed that his only would son would literally go from rags to riches.

Once young Izzy had been bitten by the acting bug, he never escaped its grasp.

The rise of the man who became Kirk Douglas was classic Americana – grit and gumption, hard work and heavy lifting. It didn’t come easy, which made it all the more satisfying in the end.

To put himself through St. Lawrence University, Izzy worked as a janitor. He was a varsity wrestler but no fraternity would admit him because he was Jewish. Despite anti-Semitism, he was elected the first Jewish president of his student body when he was a junior.

Following graduation, he got a summer job as a stagehand at the Tamarack Playhouse in New York’s Adirondack Mountains and was given some minor roles in plays. Determined to become an actor, he changed his name once again from Isadore Demsky to Kirk Douglas.

When World War II began, Douglas enlisted in the Navy and ultimately received a commission, serving on a submarine in the Pacific before being honorably discharged with the rank of lieutenant in 1944 after he was injured in an accidental explosion.

Kirk Douglas’ first marriage to actress Diana Dill produced two sons, including Michael, who in time would earn his own Hollywood fame. Kirk and Diana divorced in 1951. Douglas’ second marriage to Anne Buydens would go the distance, lasting 65 years until his death. She survives him and is 100.

Centenarians often lament that one of the downsides of long life is outliving all your friends – but there are plenty of upsides too, of course. Laying a legacy and living long enough to see its fruits and taste its sweetness is a gift that not everybody gets to enjoy.

Kirk Douglas’ unlikely American journey was the product of a boyhood dream and a tireless pursuit – a magnificent obsession that matured and multiplied with every role he took, and where he learned countless lessons along the way.

There was another secret to the legendary actor’s success, though, beyond the raw effort and hard work.

“If I like a picture, I do it,” he once reflected. “I don’t stop to wonder if it’ll be successful or not.”

In a world full of too many people who seem to calculate and choreograph their every move ad nauseum, there’s something refreshing about that, don’t you think?

In the end, Kirk Douglas followed his heart and his instincts, doing what he loved with the people he loved to be with – and the result was a legendary career and a boyhood dream that ultimately came true.

Millions of us enjoyed his great films, and no doubt millions more will enjoy them far into the future. It was quite a journey from Issur Danielovitch, to Isadore Demsky, to the great Kirk Douglas. We should all be grateful that he made it and was with us all these 103 years.