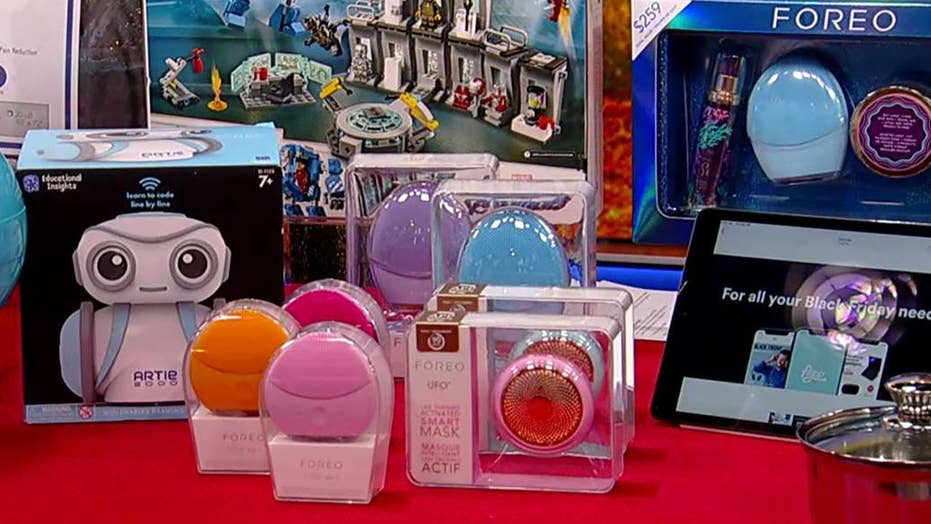 A sneak peek at the best Black Friday deals

Money-saving expert Andrea Woroch helps you gear up for the biggest shopping day of the year.

Long considered the traditional start to the Christmas shopping season, Black Friday is often decried and derided as a manic manifestation of corporate greed and consumer materialism.

The day after Thanksgiving has been known to bring out the worst in some people, including brawls over big-screen televisions or the hot new toy the kids are just begging for.

But the unhinged outliers notwithstanding, I love the tradition – for reasons that have little to do with the economic bottom line.

I worked and survived five Black Fridays during my tenure at New York’s Lord & Taylor department store. The atmosphere was always celebratory and electric. First selling menswear and later shoes, I enjoyed helping customers find that perfect gift. You can learn a lot about a person by how he or she shops for a loved one.

It’s been said that distance lends enchantment to the view, and so I’m sure I wasn’t always enthusiastic about those long days and late hours – not just on Black Friday, but throughout November and December.

But I loved the start to the Christmas season at the famed store. The twinkling lights and festive greenery topped with bright red bows made me feel like I was playing a small part in a great story – which I was.

That’s because there are only so many Christmases (and Black Fridays) in a person’s life. I liked to think that the merchandise we were selling contributed to memories that might last a lifetime.

On the day after Thanksgiving in 1990, I remember selling a beautiful blue Armani suit to a gray-haired woman whose elderly husband had been a titan on Wall Street. “He’s owned hundreds,” she told me, “but it’ll probably be the last new suit he ever wears. Probably be buried in it, too.”

At the time, the comment struck me as morbid – but after cleaning out my own father’s closet and donating all the sharp suits he once wore with such pride, I realize she was just being realistic. It was an honor to wrap the suit in tissue paper and place it in a large box. I imagined him opening it on Christmas Day.

On another Black Friday, I sold a pair of red tartan pants to the late Yankee Stadium announcer Bob Sheppard – a tall, lanky distinguished gentleman who was also a family friend. Sheppard told me every man should own a pair to wear to holiday parties. I’ve never had the guts to take his advice.

Soap opera actress Susan Lucci was a regular customer, often shopping in the men’s department for her husband and son. I got the sense she enjoyed Christmas shopping for her family more than she did playing Erica Kane on “All My Children.”

One Christmas I sold a few ties to legendary actor Alan Alda. Best known for his role as Captain Benjamin Franklin Pierce in the hit TV show “MASH,” I can remember how kind he was to me. I’m pretty sure he was buying them for someone else and asked me my opinion. I could have floated home.

I waited on the wife of longtime WFAN radio host Mike Francesca one Christmas Eve. Together we matched up some ties and shirts with new suits.

At the time, I was a great fan of Mike Francesca’s popular afternoon drive-time show, “Mike & The Mad Dog.” I joked to his wife that since I was in on the secret of what she was giving him for Christmas, for once I knew something he didn’t. She laughed.

Black Friday kicks off the Christmas shopping season that is a make-or-break time of year for retailers. But it’s also a special time for ordinary people to thoughtfully select gifts for people they love – gifts that may be long remembered and even passed down through the years.

Gift giving is relational, not transactional – and what’s behind a gift is always more important than the present itself.

On Black Friday in 1994, my last at Lord & Taylor, my mother stopped in to buy my father a trench coat for Christmas. I helped her pick it out and lovingly wrapped it up. My dad loved it, of course.

A little over 18 years later, I found myself in church out in Colorado on Christmas Eve with my father, the first holiday since the death of my mother – his loving wife of 57 years. I looked over and realized he was wearing that same trench coat. By now it was, not unlike him, a bit worn and tattered. He wore it as he cried and sang, “O Holy Night” – his and my mom’s favorite.

“A thrill of hope the weary world rejoices, For yonder breaks a new and glorious morn; Fall on your knees; O hear the angel voices! O night divine, O night when Christ was born.”

My dad lived four more Christmases, each one missing my mom more than the last. I’ve given away most of his clothes, but I’ve held onto that old Black Friday purchase, and even wear it myself, especially on Christmas Eve.