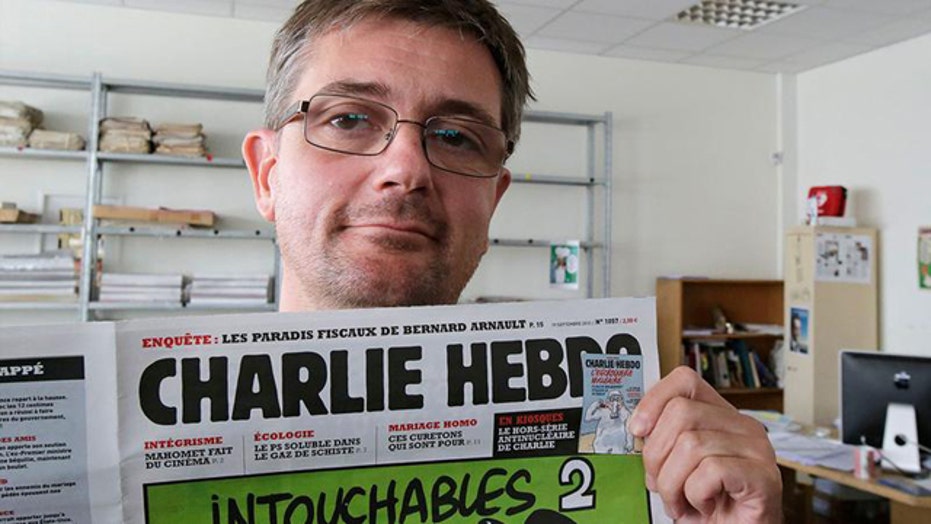 The satirical magazine was unapologetic in its penchant for stirring outrage in the Muslim world, its editor on an al Qaeda 'wanted' list. #CharlieHebdo

The recent attack on the headquarters of French satire magazine Charlie Hebdo has weakened one of the essential foundations of western democracy: freedom of speech.

I have personally met several of the murdered cartoonists, when I was awarded the International Secular Award in 2006. A number of them were in the selection committee for the award, and even at the time, I was struck by how brave they were.

Later, I spoke with their attorney several times as a witness in a lawsuit against the magazine in connection to the publication of the Muhammed cartoons – the magazine was cleared of all charges. Exposed to daily death threats, they kept publishing their satirical criticism of reality, because no one was going to keep them away from expressing their mind. They did not give in to threats from the enemies of free speech.

Freedom, tolerance and equality are the keywords of democracy; however, we need to remember that equality does not mean all values are equal.

The Muhammed cartoons proved this years ago, and it was the reason why the Danish newspaper Jyllands-Posten chose to publish them. Before the case of the Muhammed cartoons, Kåre Bluitgen was not able to find an illustrator willing to draw cartoons for his book about the prophet Muhammed, as many feared for their safety.

A fear that is not unjustified, as we have witnessed this week. We saw this when the world’s Islamists went crazy over the cartoons, and we saw it when the Dutch filmmaker, Theo van Gogh, was murdered because his film criticized Islam’s treatment of women. With this week’s tragedy, at least 12 people are dead because Charlie Hebdo stood up for the values of free speech.

In an article published this morning, the editorial board of Jyllands-Posten explained their reasons behind refraining from printing the Charlie Hebdo cartoons, as well as their Muhammed cartoons of 2005.

The editors are brutally honest when they say “it is entirely because of the safety of our workers.” In the very same editorial they describe how they are well aware of this being a victory for the extremists threatening them.

Personally, I fully respect the paper’s right to do what they believe is in their best interests. However, they are giving in to the kind of people who deserve no quarter, those who speak with violence instead of words.

I think the editors of Jyllands-Posten should have taken the same stance they did when they printed the Muhammed cartoons, because the Islamists have now learned threats actually do work. This situation can only snowball into much greater threats against the freedom of speech.

When Charlie Hebdo published satirical cartoons mocking the prophet Muhammed in September 2012, the White House officially questioned the judgment of the satirical magazine. Today it is clear that this kind of criticism is a terrible mistake.

It represents a pattern that I witnessed during Denmark’s cartoon crisis with Jyllands-Posten, where a supposed tolerance of all views trumps free speech. Governments of western democracy should not limit free speech in the name of harmony between various ethnic groups of society. No, this is merely applying censorship and must never happen.

We cannot have free speech if it is conditional upon censoring content that may offend principles and feelings.  We need to get rid of the “ifs” and “buts.” If adopted by governments, this attitude will narrow the scope of the fundamental human right to express one’s self freely.

The world has become a more dangerous place, and even in Denmark people must be prepared for anything to happen. Unfortunately, we have not seen the worst yet.

The ultimate goal of these terrorists is to silence everyone. However, this threat should not prevent us from expressing criticism – rather the contrary. This is the exact moment that we need to guard democracy by protecting the right to free speech.

Naser Khader is a Hudson Institute Senior Fellow. He served as a member of the Danish Parliament, Folketinget, from 2001 until 2011, as a member of the Conservative Party. He is the Founder of the Democratic Muslims, which was established to give moderate Muslims a platform and voice.