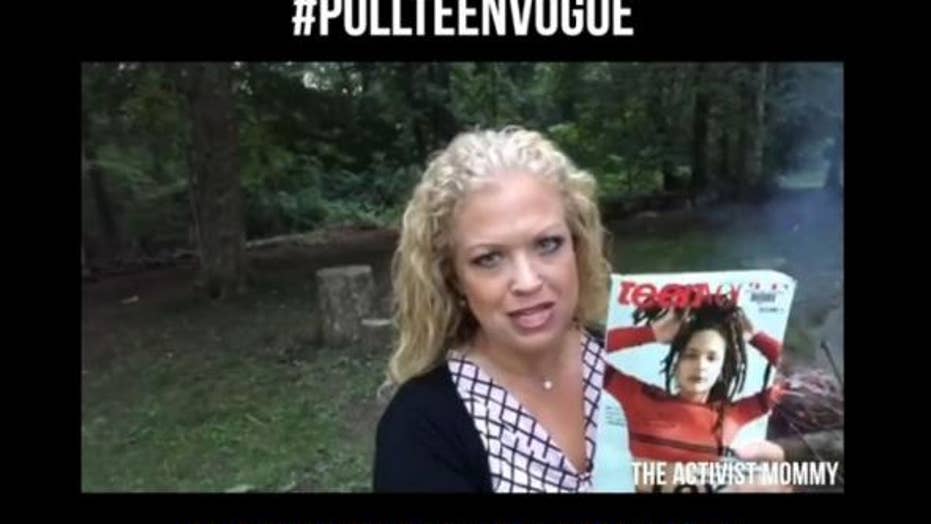 The original article did not include any references to practicing safe sex – but was later amended to include a line about condoms being “non-negotiable.”

“Here is the lowdown on everything you need to know about butt stuff,” the writer declared.

Parents across the nation became enraged upon learning that Teen Vogue wanted to turn their children in sexual deviants.

“I was truly flabbergasted,” Elizabeth Johnston told me on my radio show, "The Todd Starnes Show."

“They should not be teaching sodomy to our children.”

More than 10 million people have viewed a video of Johnston burning a copy of Teen Vogue in her backyard.

Phillip Picardi, the magazine’s digital editorial director, fired back in a flurry of tweets – culminating with a photo of him embracing another man while holding up his middle finger.

He said they had been “inundated with hate mail saying we promote sodomy and want teens to get AIDS.”

“How can you expect young women to not get pregnant without access to reproductive health care,” he tweeted.

Picardi then accused his Catholic school of being “guilty of endangering all of us by sheer omission of FACTS. EDUCATION doesn’t equal ENCOURAGEMENT.”

Picardi then played the phobic-card – a favorite among liberals.

“The backlash to this article is rooted in homophobia,” he wrote. “It’s also laced in arcane delusion about what it means to be a young person today.”

“This has nothing to do with homophobia,” Ms. Johnston told me. “This is about parents protecting their children from perversion.”

Teen Vogue would have you believe it’s offensive for parents to be offended by the smut they are peddling.