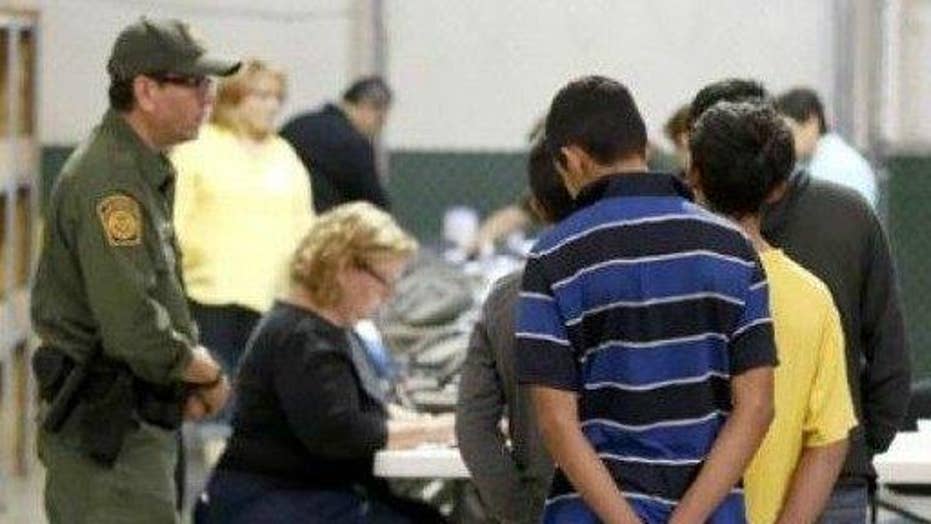 This week's Opinion article by Representatives Goodlatte and Labrador begins: “One of the most important aspects of immigration reform is bolstering enforcement of existing immigration law.”  I and other immigration reformers agree with that statement, as far as it goes.  The article then tries to make the case for legislation being marked up in the House Judiciary Committee, the Davis-Oliver Act.  This proposed legislation doubles down on the enforcement-only strategy for immigration control first tried in California in Proposition 187 and enacted at the federal level twenty years ago.  Lest we Republicans forget, the result of the first experiment was twenty years of Democrat dominance of state politics in California, and of the second was 11 million undocumented immigrants, two-thirds of whom have lived in the United States for at least 10 years.

Representatives Goodlatte and Labrador acknowledge at the outset that “most unlawful immigrants come to the U.S. seeking a better life for themselves and their families.” Their bill, however, does not deal with the reality created by the 1996 enforcement bill signed by President Clinton: for those who wish to immigrate legally, most paths to legal status were closed off, even if they were desirable immigrants who worked hard, payed taxes and supported U.S. citizen families.  The authors of the 1996 closed off “loopholes” that were actually important safety valves in the immigration system.  From the 1950’s to 1996, for example, the law recognized that long-term illegal residents who had US family members that would suffer hardship if they were deported should be given legal status.  The 1996 massively restricted the discretion of immigration officers and judges.  The end result is millions of people in the United States who pay taxes and have families here, but who have no way to get legal because of the 1996 law.

Communities around the heartland are now getting a crash course in the consequences of the 1996 law.  In Granger, Indiana, a woman who voted for Trump saw her husband detained and removed from the United States by ICE.  Provisions of the 1996 law prevented her family’s lawyers from getting her petition on his behalf considered.  In Beaver, West Virginia, three men – one married to a local woman and in the country for 20 years – were detained for removal.  By the time these detentions take place, it is likely too late for US citizen relatives to do anything for their loved ones.

The Davis-Oliver Act does nothing to try to help sort out the situation of these US families, or of other immigrants like those brought by their parents to the US at a young age, now grown up in the US but without status.  Congress could address our outdated system to provide a path to legal status for people like medical students,  servicemembers, and entrepreneurs brought here illegally through no fault of their own.

The House Judiciary Committee’s bill tries to ratchet up the failed promise of the 1996 Act: if only taxpayers spend even more money, allow even more incarceration, and permit assault-rifle-wielding federal officers in their communities, that people from other countries who share our values and have contributed to our country will no longer want to stay here.  The Davis-Oliver Act would add 12,000 officers to the federal payroll and mandate arming them with assault rifles, nearly doubling the size of the largest armed police force in the federal government.  It would increase detention mandates and enrich the private prison industry with further taxpayer millions.  It would mandate that states and localities spend their resources to do the federal government’s job, violating the Tenth Amendment more extremely than the Brady gun control bill that was struck down by the Supreme Court.  It would also criminalize all immigration violations, a provision rejected by the Senate in 2005.

DHS Secretary Kelly recently stated that DHS has already substantially reduced illegal immigration merely by executing the laws Congress has already enacted.  ICE has all the legal tools it needs to round up criminals, as well as immigrants whose only violation was to come seeking to become American. The real tools Congress needs to provide are paths back to legal status for those given no options by our outdated immigration system.  Congress needs to provide that path to the majority of hardworking, honest immigrants who just want the chance to continue contributing economically to our country.  Enforcement resources can then be focused on real dangers to our communities.

William Stock is an attorney in Philadelphia, helping businesses, entrepreneurs and individuals of exceptional ability navigate the complicated US immigration system. He is Immediate Past President of the American Immigration Lawyers Association, www.aila.org.