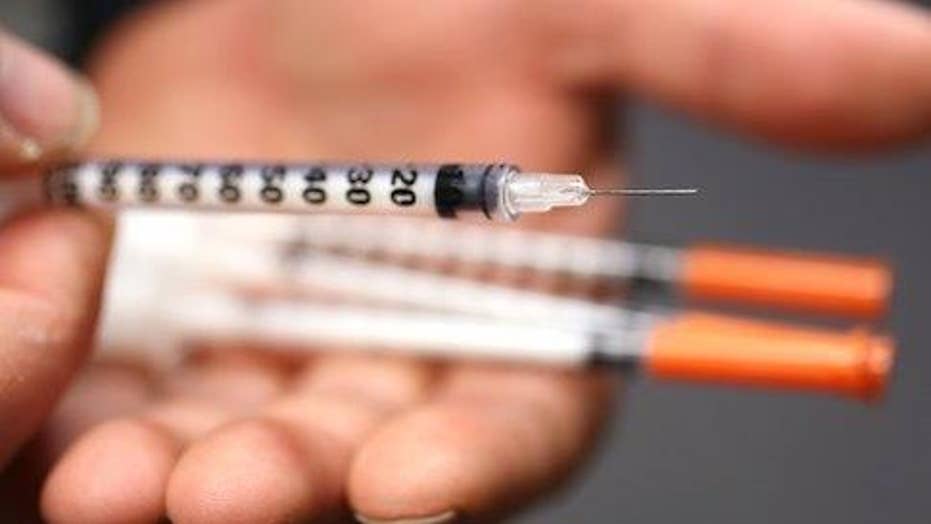 New England is in the grip of an uncontrolled epidemic of opioid and heroin abuse, which has spread to our small towns and rural areas.  As one addiction specialist put it: “It’s easier to get heroin in some of these places than it is to get a UPS delivery.”  But this is also a nationwide crisis, and it requires an urgent federal response.  In Congress we are advancing an emergency funding bill that would provide an additional $600 million to mobilize major new resources for prevention, intervention, treatment, and recovery.

This epidemic has its roots in the rampant over-prescription and abuse of pain-relievers such as OxyContin.  In 2012, according to the Centers for Disease Control and Prevention, physicians wrote 259 million prescriptions for opioid pain-relievers, enough for every American adult to have a bottle of pills.  Many abusers of prescription opioids move on to heroin, which is cheaper, often easier to get, and doesn’t require a doctor’s prescription.  Officials say that heroin traffickers in New York expressly target New England, where users are willing to pay higher prices and where law enforcement in rural areas sometimes is spread too thin.

Nationwide in 2014, more than 47,000 people died from drug overdoses, which are now killing far more Americans than car accidents.  In fact, when you break the numbers down, that means about five people per hour in this country are dying from a drug overdose. But statistics don’t capture the profound human toll.  Entire communities are being ravaged.  The New England Journal of Medicine reports that the admission of drug-dependent babies to neonatal intensive care units nearly quadrupled from 2004 through 2013; these babies’ first experience of life is the agony of drug withdrawal.

This epidemic has become pandemic, impacting young and old, urban and rural, rich and poor, whites and minorities.  It’s a sign of the times that several presidential candidates have been speaking openly about how addiction has affected their own families.

Fortunately, we now have a more enlightened approach to the surge in drug abuse.  In the 1980s and 1990s, officials responded to the crack cocaine epidemic with a law-and-order sledgehammer: arrests, convictions and mandatory sentences.  Today, law enforcement leaders are outspoken in insisting that addiction is, first and foremost, not a policing issue but a public health issue.  The answer is treatment, rehabilitation and recovery, not sweeping the problem under the rug by jailing people with substance use disorders.

As we travel across our respective states, talking with those on the front lines in this crisis, time and again we hear about the lack of resources to marshal an effective, well-coordinated response to this epidemic.  On good days, our first responders and treatment providers are barely able to keep up.  On bad days, they are overwhelmed.

We should move to bolster the efforts of law enforcement and first responders, and we should work to curb the number of painkillers that are unnecessarily prescribed. But as Brendan Saloner, a professor at the Johns Hopkins School of Public Health, observes, opioid addiction is “a chronic relapsing illness, just like diabetes.”  And that means that treatment – a proven and effective answer – is vital to stemming this dangerous tide.

Yet countless people with substance use disorders are being turned away from treatment due to lack of resources.  Nationwide in 2013, nearly nine out of 10 people needing drug treatment did not receive it.

This is tragic, and it is unacceptable.  Communities in New England and across the country are reeling from a public health crisis of the first order – a crisis that is getting worse.  As we have done with past epidemics, we need to mobilize a well-funded national response that is equal to the challenge.

It’s time for Washington to fund a real war on opioid and heroin abuse.  The Ebola outbreak killed one American; the opioid/heroin epidemic is killing more than 128 Americans each day.  If Congress can spend billions to fight an Ebola outbreak on a distant continent, surely we can allocate $600 million to combat a raging epidemic right here at home.

Jeanne Shaheen represents New Hampshire in the United States Senate. You can find her on twitter @SenatorShaheen and on Facebook.