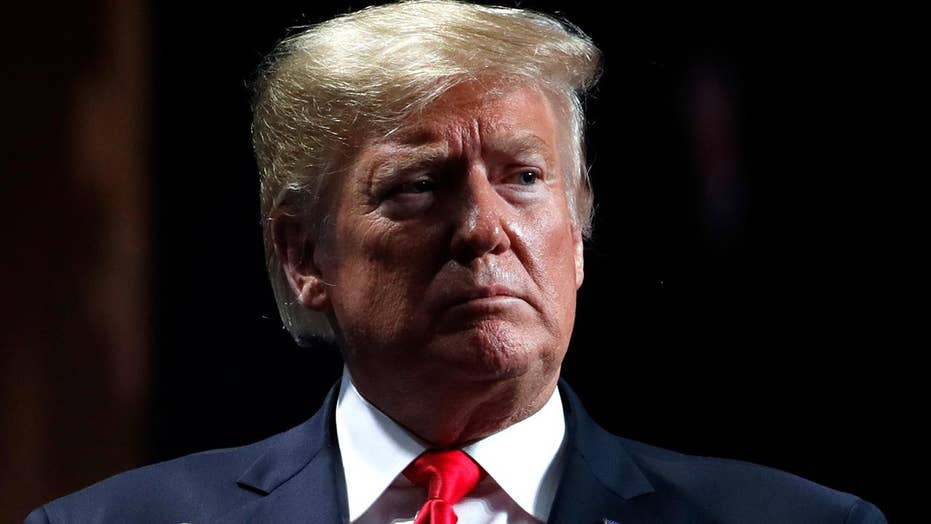 Nancy Pelosi and Chuck Schumer are fighting to end the partial government shutdown – or as some see it, the “showdown” between them and the president – and they are winning. I am not alone in this opinion.

The numbers back it up. Polls show the majority of Americans blame President Trump and Republicans for this shutdown – not Speaker Pelosi or Senate Minority Leader Schumer.

Why? A majority of Americans do not favor building a wall, which is at the crux of this shutdown. While most voters believe there is a border crisis, they don’t feel Trump’s border wall will solve the problem, echoing the sentiments of the Democratic leadership. Add in that Trump’s approval ratings stand at 41 percent, the lowest since September, while his disapproval rating is 54 percent, the highest it’s been since September.  Plus the fact that for the first time in his presidency, he is less popular than Nancy Pelosi, his main adversary.

While the president stands firm in his desire for a wall, with a $5 billion price tag, Democrats hit the ground running since taking control of the House by putting forth legislation to re-open the government. The House voted to fund most government agencies with the exception of the Department of Homeland Security – legislation that does not include new funding for a border wall but that is nearly identical to bills Republicans have passed before. Nevertheless, Senate Majority Leader Mitch McConnell blocked this move by Senate Democrats, which Speaker Pelosi called “the height of irresponsibility and political cynicism for Senate Republicans to now reject the same legislation they have already supported.” Americans seem to agree, with two-thirds (or 63 percent) saying they like the Democrats’ plan, including 39 percent who say they are Republicans.

But there are cries of hypocrisy where the Democrats are concerned as well. We’ve seen headlines saying “Democrats were for a wall before they were against it…” – and that is partially true.  Back in 2006, the Secure Fence Act was passed with over half the Democrats supporting it. One who did not?  Nancy Pelosi. She voted against it.  And in 2013, Pelosi and Chuck Schumer’s gang of eight favored 700 miles of fencing. Trump is now asking for 700-900 miles for his wall.

So what’s going on here? More than just semantics. During the campaign, Trump said he was going to build a 30-foot-tall concrete wall to span the entire length of the border. What the Democrats wanted then, and still want now, is to strategically place clear-view secure fencing that works hand in hand with surveillance technology.

Although Speaker Pelosi calls the wall immoral, I disagree. It’s not immoral, but it is ineffective and Democrats know this.

Illegal immigration has also been steadily dropping for the past decade.  Back when the Secure Fence Act was agreed upon, there was a surge in illegal immigration, which at its peak had about 12.2 million people crossing and over a million apprehensions. Compare that to now, where the number of those coming over the border has dropped by more than a million and apprehensions are down to around 400,000.

So how do I know that Pelosi and Schumer and the Democrats are winning on this? Because Republicans are wavering. Senator Lindsay Graham, R-S.C., has proposed re-opening the government while talks continue and three GOP senators – Lisa Murkowski of Alaska, Susan Collins of Maine, and Cory Gardner of Colorado – have said they would break with Trump to re-open the government.

One last point: Although Speaker Pelosi calls the wall immoral, I disagree. It’s not immoral, but it is ineffective and Democrats know this. The majority of undocumented immigrants come to the United States through our airports and overstay their visas. Within the past month, three tunnels were discovered between the United States and Mexico – one about 50 feet long from Mexico to a parking lot in Arizona, and two others in the border city of Nogales. Authorities suspect the tunnels were built to smuggle people or contraband across the border.

And the president’s argument that drugs are being smuggled over the border is also ringing hollow. A little over a week ago, 709 pounds of cocaine were seized at a Port of Philadelphia facility, the largest haul in 10 years. These drugs were found inside containers that came from Puerto Rico.  Even the El Chapo trial shows us the president is wrong when it comes to drugs, as witnesses have been saying for weeks that while Joaquin Guzman (El Chapo) moved tons of cocaine and heroin from Mexico to the U.S., almost none of it came across the unsecured stretch of our borders.

Democrats and the leadership under Speaker Nancy Pelosi and Senate Minority Leader Chuck Schumer know this is more than a political power play and they know what’s really at stake; returning approximately 800,000 federal workers back to their jobs and securing the border with smart choices, not by fulfilling a campaign promise made by a Republican president.