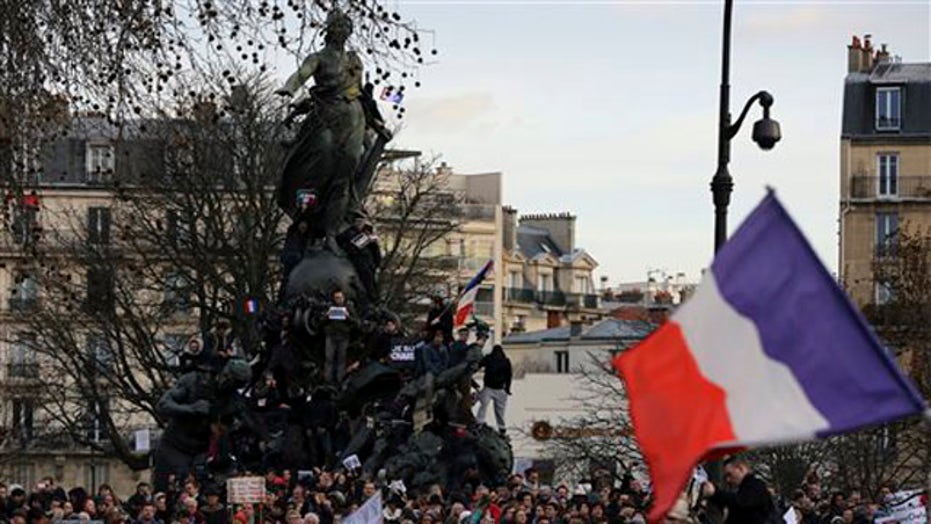 What message did absence send?

Sunday, President Obama morally abdicated his place as the leader of the free world.

His decision to stay home instead of standing side by side with French President Hollande as millions marched in Paris in solidarity with the slain journalists of Charlie Hebdo in opposition to radical Islam – an enemy fiercer than we have seen in decades – sent a clear message to the world: Obama just doesn’t care.

His words about the horrendous terrorist attack this week were not enough. They came off as inauthentic at best and offensive at worst.

To speak about the most serious terrorist attack on Western soil since 9/11, London and Madrid, in between speeches about his free community college plan demonstrates a fundamental lack of understanding for the gravity of the situation in Paris and, indeed, the world.

To this end, it is not surprising that President Obama is the only Western leader who has refused to call this attack Islamic terrorism, even though President Hollande has declared that France is it at war with radical Islam. And to not even send Vice President Joe Biden or Secretary of State John Kerry in his place shows a level of disrespect that makes me ashamed of our nation.

Many have tried to understand why President Obama made this choice. It’s certainly not possible that Obama has different intelligence than the French. Or that he and his advisers can’t see what the rest of the world has seen and come out against – the radicalization of Islam, the greatest threat of our time.

Incredibly, in a speech on Friday Egyptian President el-Sisi called upon the Islamic leaders in his own country to stand up to the extremism that is destroying Islam. “We are in need of a religious revolution…You, imams, are responsible for Allah. The entire world…is waiting for your next move…because [the Islamic world] is being torn, it is being destroyed, it is being lost – and it is being lost by our own lands.”

Sisi’s words strike at the heart of the problem in Islam today, where radicals and extremists have hijacked a religion for their own hateful means. He doesn’t condemn the whole religion by calling out the terrorists for what they are.

So why is our own president afraid to do the same?

I made these same points Sunday night on Fox News Channel with my colleagues on "Political Insiders" when we talked with Harris Faulkner and will continue to do so.

I have been disappointed by President Obama many times during his six years in office, but perhaps never more so than this weekend. He is redefining what it means to be a lame duck as well as giving the world a master class in what it means to let the world down.