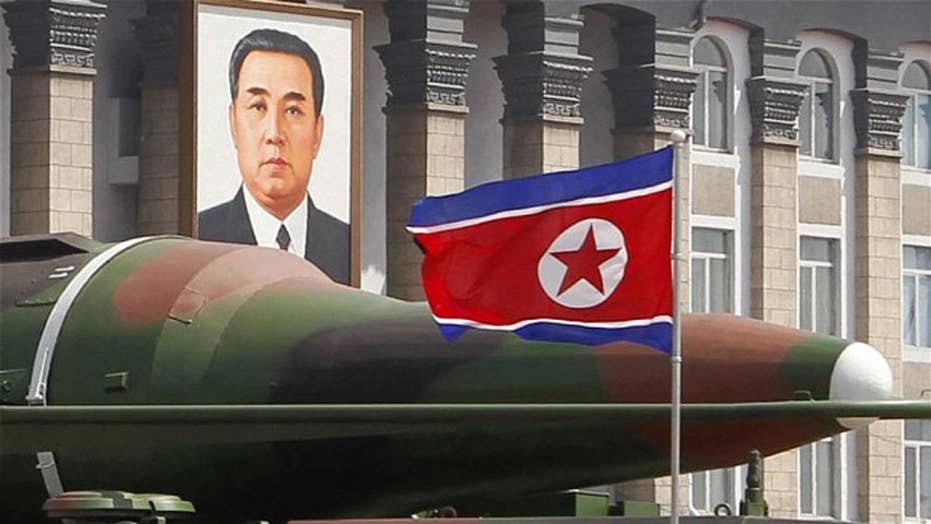 What options does US actually have against North Korea?

Rep. Will Hurd on growing demands for show of force

As the taxi takes me to the next meeting, the lead story on the local radio station is the horrific death of Otto Warmbier. But I am not in Boston or Washington – I am in Seoul, here for the week at the invitation of the South Korean Foreign Ministry.  With a U.S.-South Korean summit between President Trump and newly elected President Moon Jae-in scheduled for the end of June, Mr. Warmbier’s tragic death has added to the sense of uncertainty about how the meeting might go.

Korea watchers worry that the two presidents won’t hit it off.  Opinion writers in the local papers point out that Trump is a conservative and Moon a liberal, that the two men have contrasting styles, different histories, and perhaps divergent conceptions about America’s and South Korea’s role on the peninsula.

Still, it was not that long ago that the prognosticators predicted that Trump’s Palm Beach summit with China’s President Xi would suffer the same fate and for similar reasons.  Yet despite it all, including Xi’s aversion to golf, the two seemed to get on famously.

This summit will doubtless have its challenging moments, especially if the focus is on the subject of U.S.-Korean trade or the controversial THAAD missile defense system.

Any military action on the Korean peninsula would, by necessity, require South Korean consent if not commitment. If war breaks out, it will be Seoul, not San Francisco, that will carry the brunt of the fighting.

But there are also reasons and realities that should nudge the two leaders to comity.  Three, in particular, stand out.

The first is that there is no resolving the North Korea problem without South Korea.  One often hears the same thing said about China, in part, because 90 percent of North Korea’s trade is with China and much of Pyongyang’s illicit procurement for its nuclear and missile programs is done with the assistance of private Chinese brokers.

But for very different reasons, South Korea’s contribution is no less central.  South Korea is a major treaty ally of the United States, and the two countries have a shared military command. Any military action on the Korean peninsula would, by necessity, require South Korean consent if not commitment.  If war breaks out, it will be Seoul, not San Francisco, that will carry the brunt of the fighting.

But it’s not only in military affairs that U.S.-South Korea unity is required. Neither sanctions nor diplomacy can achieve the desired results without South Korea’s participation and support.  There is ample evidence that when the two allies are at odds, as was most obviously the case with President George W. Bush and President Roh, little can be achieved, and the situation on the peninsula deteriorates.

A second reality is that the clock is ticking.  With each passing month, the North is building its missile capabilities.  Experts differ on how soon Chairman Kim’s scientists will be able to field a missile capable of hitting the United States or how much that matters, if some 28,000 American troops stationed in the South are already within range, but the overall arc is pretty clear.  The young Kim is testing at a pace far faster than his father, and as a consequence, North Korean capabilities are advancing.

There is a separate but equally important aspect to this march of time: diplomatic solutions available today that may not be there tomorrow.  In the run-up to the U.S. presidential election, North Korea interlocutors told me directly that they would not negotiate with the Obama administration but would be willing to turn the page and at least entertain the prospect of diplomacy with his successor.  With the election of President Trump, the North Koreans stood by that claim. With new leadership in Washington and Seoul and a North Korean government that is facing new pressure from Beijing, there are new possibilities, but if that window closes, it may not reopen, if events take a turn for the worse.

A third and final reality is that both governments have arrived at a North Korea policy that is similar enough that they could be complimentary. To be clear, American and South Korean interests are not identical, and neither are their approaches.  Nevertheless, President Trump’s policy review for North Korea was completed this spring and endorsed a strategy of “maximum pressure plus engagement.”  President Moon during his election campaign emphasized the need for both pressure and engagement.

Trump’s inclination may emphasize pressure, and Moon’s natural preference might be engagement, but both leaders understand the need for both elements.  President Trump has already demonstrated his willingness to use diplomacy when he secured release of Otto Warmbier.  And while attention has understandably focused on his death at the hands of his North Korean captors, less appreciated is the fact that it was quiet diplomacy that got him home to his family, a success for the Trump administration.  For his part, President Moon has made clear that nothing will happen in the face of continued North Korea provocations.

President Trump and President Moon will not see eye-to-eye on every issue, but they may find a way to divide up the labor, where each country pursues what it does best.  The key to success will be strong consultation, coordination, and mutual commitment.  Absent that, we may again get policies that contradict and undercut one another rather than strengthen and reinforce.

It will be hard to do, but these two longtime allies really don’t have a choice.  Neither can accomplish its objective without the other, and failure today may lead to military conflict tomorrow.

Dr. Jim Walsh, Senior Research Associate at MIT’s Security Studies Program, is an expert in international security, and international security contributor to NPR’s “Hear and Now,” broadcast nationally to 425 NPR stations and 4 million listeners a week. Before coming to MIT, he was director of Harvard University’s Managing the Atom project. He is one of a handful of Americans who has traveled to both Iran and North Korea to discuss nuclear issues. His analysis has appeared in the New York Times, the New York Review of Books, Washington Post, and numerous media outlets (160 appearances in 2016). His recent publications include “Stopping North Korea, Inc.: Sanctions Effectiveness and Unintended Consequences.”