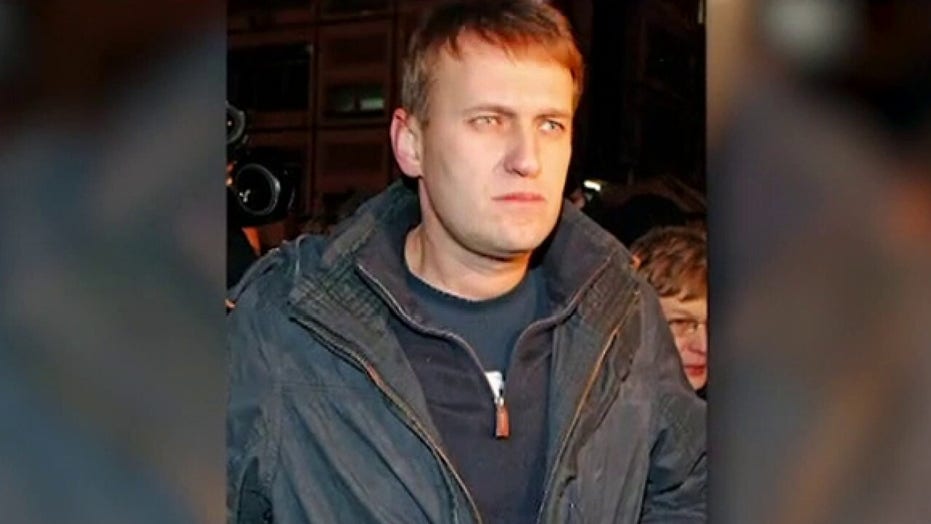 Russia 'thinks they can get away with' poisoning Navalny: International security expert

Few outrages have roused Germany from its lethargy like the poisoning of the Russian dissident politician Alexei Navalny. Members of Chancellor Angela Merkel’s political party have accused the government of Russian President Vladimir Putin of poisoning the Kremlin critic.

Norbert Rottgen, chair of the German Parliament’s Foreign Affairs Committee and a key Merkel ally, called for a strong response from the European Union and suggested it might be time to rethink the controversial joint German-Russian energy project, Nord Stream 2.

The Germans are starting to sound like President Trump, but they’d never admit it.

Europe isn’t the “Game of Thrones,” but let’s face it, “Winter is Coming.” Many European nations, not just the United States, oppose the Nord Stream 2 pipeline due to concerns over energy security. Nord Stream 2 would double the amount of natural gas imported from Russia. If completed, it would leave Europe more dependent on Russian energy than ever before.

And Putin can be just as ruthless and merciless as the Night King. The pipeline would enable him to funnel gas directly to Germany, bypassing and cutting off Eastern European nations including Poland and Ukraine. Such a move, if made in the dead of winter, would throw Europe into a crisis.

Further, the pipeline could undermine the economic viability of other European energy projects that would help make the region’s energy infrastructure more independent, diversified and resilient.

It’s past time. Europe and Russia could well live peacefully side-by-side if Russia had a responsible leader. It doesn’t

Russia has long sought energy dominance over Europe, and Putin has threatened energy blackmail before. Moscow has allegedly covertly funded environmental protests against energy projects that competed with Russian interests. The Russians have also tried to thwart European energy initiatives, like the Krk Island gas terminal in Croatia.

Knowing they can trust the Russians about as much as the White Walkers, the obvious question is: What were the Germans thinking when they entered this pipeline deal with Moscow? The answer is simple. The Germans were thinking about cash. Households would pay less for natural gas. Investors would make a killing

But the price will be high, undermining European security and frustrating European-wide efforts to build a more robust, resilient and sustainable energy infrastructure which, in the end, could well deliver far more economic prosperity than Nord Stream.

How did things get so far off-track? When work on the Nord Stream 2 pipeline started in 2011, many felt that Europe and Putin could peacefully coexist. After all, just one year earlier, President Barack Obama had proclaimed it was time for a “reset” with the Russians.

But after Russia threw off its sheep’s clothing and invaded Ukraine in 2014, that reset notion should have been rethought. In Berlin, it wasn’t.

Four years later, after Putin ordered the poisoning of Sergei Skripal — a former Russian military officer who had been a double-agent for the British — Berlin should have pulled the plug on Nord Stream. Blinded by visions of cash, it didn’t.

Meanwhile, across the Atlantic, Obama left office and his failed reset went with him. In his stead stood President Trump, a man whose decidedly non-diplomatic rhetoric grates on some Europeans like a Targaryen sword dragged across a chalkboard.

And it was more than just words. At times, Trump seemed more interested than some European leaders in building a Europe free, whole, prosperous and at peace.

Trump pushed NATO nations to revitalize their commitment to defense. He supported the Three Seas Initiative, a public-private effort to rebuild Central Europe’s infrastructure. He warned Europeans about the danger of turning their telecom systems over the Huawei and the Chinese Communist Party. He provided military aid to Ukraine and backed sanctions on Russia.

Nevertheless, perhaps because Trump was against the pipeline, more German politicians determined to be for it.

Still, even if they don’t trust Trump, Germans ought to act in their own self-interest. Germany does not need Nord Stream 2.

With energy demand reduced as a result of COVID-19 and a slow-growth economy, Germany has plenty of time and space to develop cost-effective, environmentally responsible and more security-conscious alternatives to secure additional energy supplies for future growth.

Holger Schmieding, an economist at Berenberg Bank estimated that the gross impact of axing Nord Stream 2 on Germany’s economic output would be “negligible.”

At last, Germany seems to be waking up to the dangers of getting in bed with Putin. The recent poisoning of Navalny — with the same nerve agent used against Skripal and his daughter two years ago — has triggered a surprisingly serious response.

Berlin has vigorously condemned the attack. Foreign Affairs Minister Heiko Maas, a member of the Social Democratic Party, has opened the door to canceling the pipeline, and even Merkel is now hinting that Germany may have to put Nord Stream on the chopping block.

It’s past time. Europe and Russia could well live peacefully side-by-side if Russia had a responsible leader. It doesn’t. Moscow is run by Putin and likely will be for the foreseeable future. Germany and Europe would be wise to insulate themselves from Putin’s worse impulses. Killing Nord Stream 2 would be the right next step.