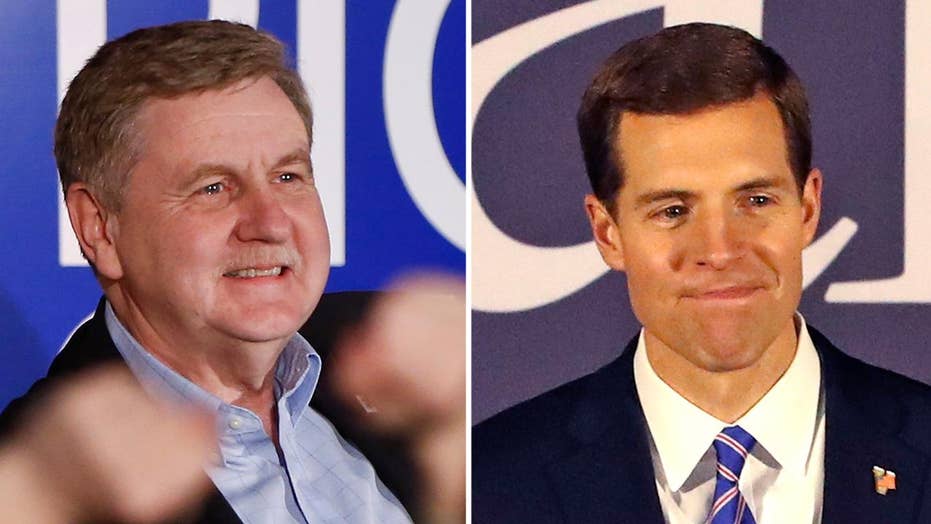 Lessons to be learned from Pennsylvania special election

The race between Rick Saccone and Conor Lamb has yet to be called, but political analysts are already drawing conclusions; insight from Bill Barrow, national politics reporter for the Associated Press.

It is time for Republicans nationwide to wake up to the very real threat of a Democratic-controlled House of Representatives led by Speaker Nancy Pelosi, D-California, the current House minority leader.

This wake-up call is also for President Trump and Vice President Mike Pence. Neither they, nor any other Republican, should underestimate how disastrous it would be for their policies and for the country to have a left-wing Democratic majority in the House.

Under Speaker Pelosi, there would be two years of investigations, fights over spending (to reduce defense and increase liberal dependency programs), efforts to undo President Trump’s deregulation achievements, and attempts to make new bureaucracies.

Even though the special election for Pennsylvania’s 18th Congressional District remains too close to call, the results are simply the latest in a series of special elections in which the Republicans have run well behind the 2016 presidential election results.

If the decline this fall is comparable to the drop in Pennsylvania, there will be a Democratic landslide.

Under Speaker Pelosi, there would be two years of investigations, fights over spending (to reduce defense and increase liberal dependency programs), efforts to undo President Trump’s deregulation achievements, and attempts to make new bureaucracies.

However, none of this is inevitable.

There is plenty of time to analyze what is going on, develop a strategy and wage the fall campaign on terms favorable to Republicans.

However, the first steps are the hardest and the least understood.

First, Republicans must evaluate what went wrong in Pennsylvania. This was an easily winnable district. Our candidate was not that much weaker than the Democrat (remember, the first refuge of political consultants is to blame candidates).

The biggest surprise to me was that the tax cut message was not more effective. This was doubly surprising, because the Democrat was clearly for repealing the tax cuts, and it did not seem to cost him votes. Obviously, the first big question to ask is what would have won the election decisively?

Second, Republicans must understand that if a wave is building, money loses its power to solve problems. The Republicans outspent the Democrats in Pennsylvania by a huge margin.

Third, the only way to defeat a wave is by building a countervailing wave. Since the elite media is overwhelmingly anti-Republican and pro-Democrat, this is dramatically harder for Republicans to do.

The Republican wave must be real. People must be able to sense that it is about something important that affects their lives.

Republicans could combine the power of the presidency with the power of being the majority in Congress to set up a series of fights for the summer that would define the fall election. There is no evidence yet of the GOP having this kind of strategic capability, but without it, there is very likely going to be a Democratic wave that captures the House and minimizes gains in the Senate.

Fourth, the GOP must expand its base. The tax cuts give Republicans an enormous opportunity to reach out to minority small business owners and others to build a much broader party. Base mobilization in the end will not win if the base becomes too narrow.

Fifth, President Trump must take some serious responsibility for the recent election results. If he continues to alienate people (especially women), no amount of policy effort will offset the decline in Republican enthusiasm and voting.

Right now, there is time to think through recent elections and design a summer and fall effort that keeps the Republican majority in the House.

With each passing week, this will get harder.

Now is the time to wake up and insist on some midcourse corrections.