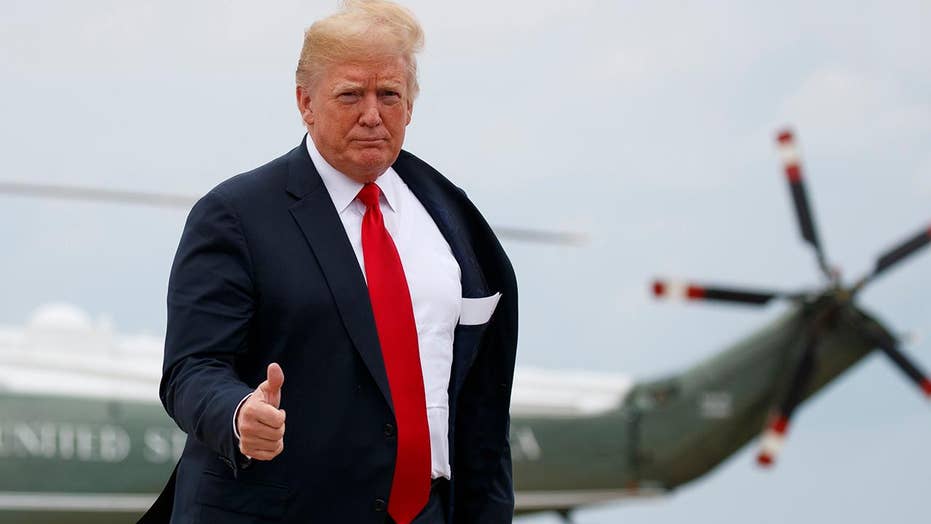 Why won't media give Trump credit for booming economy?

In the middle of the liberal media’s desperate efforts to convince us that President Trump is in trouble, there are an amazing number of victories that suggest he is winning. In fact, there are indications that he is winning a lot.

The contest for governor of our third-most populous state shaped up even better for Republicans as a hard-left Bernie Sanders-backed progressive – Tallahassee Mayor Andrew Gillum – won the Democratic primary with 34 percent of the vote. The contrast between a pro-Trump DeSantis and Gillum will probably keep Florida in Republican hands in November.

Florida gave President Trump and Republicans a second boost as GOP Gov. Rick Scott won an important primary victory for a U.S. Senate seat. Scott has proven in his two campaigns for governor that he is an aggressive, effective campaigner. It is very likely the blue wave in Florida will disappear with the DeSantis and Scott victories.

It is clear that the president’s judicial and economic victories build his prestige, and that prestige is giving him the muscle to reshape the Republican Party.

In Arizona, President Trump won another primary victory when Martha McSally, a congresswoman and Air Force veteran (in fact, the first American woman to fly a fighter jet in combat) won the Republican U.S. Senate nomination.

President Trump praised McSally earlier this month at the signing ceremony for the National Defense Authorization Act. What looked at one time to be a close contest became a blowout, as McSally won 52 percent of the vote in a three-way race and was 24 points ahead of her closest competitor. Republican chances of keeping the Arizona seat are dramatically better with McSally as the nominee.

Beyond the primaries, President Trump has been winning amazing victories in nominating – and with the leadership of Majority Leader Mitch McConnell, R-Ky., getting the Senate to confirm – federal judges. Where Hillary Clinton would have nominated radical judges, President Trump has been consistently nominating constitutional conservatives to the courts. This will have a profound impact on America’s future.

Additionally, President Trump has nominated more than 80 other judges across the federal system (including Supreme Court nominee Brett Kavanaugh). McConnell has been doggedly working to get these nominees confirmed, and I suspect he will drive them through the Senate before the end of the year.

So on judges, President Trump is winning an amazing victory for conservatism. No wonder the left is in a frenzy.

Finally, the breakthrough in trade negotiations with Mexico is, to use one of President Trump’s favorite words, huge.

Most of the so-called experts had said the North American Free Trade Agreement (NAFTA) couldn’t be renegotiated. They insisted President Trump had offended Mexicans so much with his harsh language that the Mexican government wouldn’t come to the table. They asserted building the border wall would alienate the Mexican leaders. They were just plain wrong.

It is clear that the president’s judicial and economic victories build his prestige, and that prestige is giving him the muscle to reshape the Republican Party.

It is an amazing story. No one in the liberal mainstream media apparently understands, but historians will look back on this period in amazement.

They will clearly see a political-cultural battle between an aggressive, effective, successful president and a disoriented, defeated and demoralized news media.