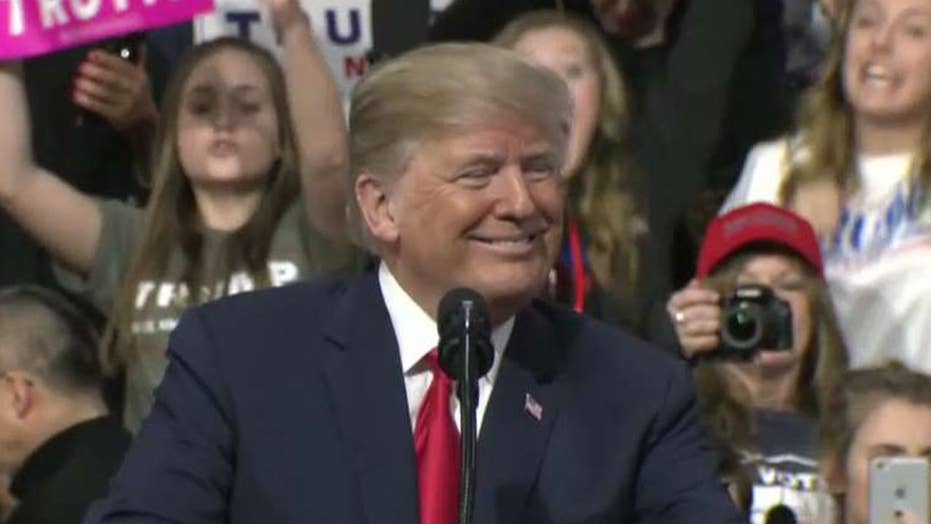 At a Make America Great Again rally for Rick Saccone, the president vowed that he would 'Keep America Great!' if reelected.

It’s been nearly 14 months since President Trump took office, but the media and Washington establishment still don’t understand our nation’s 45th president. They continue to criticize, distort, discredit and ignore his actions and accomplishments – while making little to no effort to actually understand what he’s doing and the way he operates.

This has been the elites’ pattern since Donald Trump first announced his bid for the White House. It’s what prompted me last year to write my No. 1 New York Times bestselling book “Understanding Trump,” which was released in paperback this week.

When President Trump withdrew the U.S. from the Trans-Pacific Partnership and the Paris Climate Agreement, the elites could not see how breaking with these bad agreements could possibly be good for Americans. After all, some of the Washington elites had helped draft these deals – which in the minds of the liberal media meant these deals must be good.

When President Trump imposed direct trade measures on some foreign products – including solar panels, steel, and aluminum – to protect U.S. industries that were being undercut, the elites reflexively questioned his political-trade-foreign relations acumen. Seemingly none of them stopped to consider that President Trump’s decades of success in international business may provide him with an informed opinion and worldview counter to their own.

As we have seen President Trump make changes to his Cabinet and personal staff, the elites in Washington and the national media have insisted that these decisions are a sign of dangerous instability in the White House. Never mind that the best business leaders and managers routinely make tough staffing decisions to improve their organizations’ long-run initiatives or mission.

It seems the elites simply refuse to think about the Trump presidency through any lens other than that of traditional Washington – despite the fact that President Trump has never been a part of (and represents a departure from) the traditional establishment. This confused, square peg-round hole analytical approach is made worse by the fact that the elites then try to use Washington jargon to define and attack the president.

In the minds of the elite, President Trump doesn’t fit the post-World War II international mold that regards the United States as the world’s only real superpower that can afford to prop up all its allies – and even some of its enemies. For that, the elites claim President Trump is an isolationist.

The president doesn’t fit the traditional Republican free-trader mold because he demands that Americans must benefit from trade agreements. Therefore, according to the elites, he must be a protectionist.

President Trump didn’t enter office with a team of politicos and policy wonks who had been with him through a decades-long political career, so to the elites insist the Trump administration is inexperienced.

Finally, the president is not afraid to take decisive action when he’s made up his mind about something, so the elites claim he is unstable.

However, many Americans hear these Washington words (isolationist, protectionist, inexperienced, unstable) and see no relationship to their president or his administration.

Many Americans – who for years watched factories close and American prosperity dwindle as a result of bad multinational agreements and unfair trade deals – regard President Trump’s decision to get out of the Trans-Pacific Partnership and the Paris Climate Agreement as necessary and long overdue. To them, the president has been working to break away from deals that help other countries at the expense of U.S. success – just as any good business executive would.

Similarly, millions of Americans see the president taking actions to stop foreign countries that are cheating at trade as a sign that he is defending the interests of our country abroad. That’s also what good business leaders do.

When President Trump replaces one of his team members with someone more in-tune with his vision, most Americans see him acting as a typical, goal-oriented executive.

In “Understanding Trump,” I point out that our president defeated the media and Washington elite largely because they simply refused to understand him as a candidate. Further, they were profoundly wrong about the 2016 election because they couldn’t comprehend that the American people wanted something other than the traditional Washington elites’ idea of a president.

It seems the elites didn’t read my book – or they didn’t take its lessons to heart – because they haven’t changed a bit. They still don’t understand Trump.