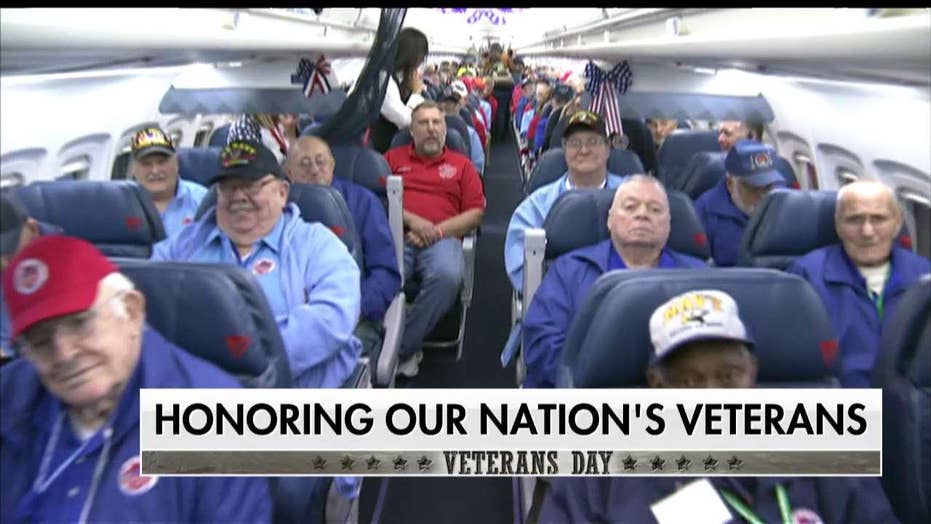 Last Saturday night, Callista and I had the great privilege of attending the Marine Corps Ball in Rome, Italy. The event commemorated the 242nd birthday of the United States Marine Corps, and we were lucky to have arrived in Rome in time to attend.

Former Private First Class Harold Blunk was the guest speaker. In May 1968, during the Vietnam War, he played a major role in the brutal battle for Foxtrot Ridge. This melee was part of the larger battle for Khe Sanh (one of the largest set piece battles with the North Vietnamese Army in the entire war).

Private Blunk’s role was powerfully captured in the citation written for the Silver Star he was awarded for the indisputable valor and bravery he exhibited in the face of combat:

"In spite of the withering enemy fire, he continued to call in fire missions, adjust the fire around the perimeter, and coordinate the adjustments with the forward observer in the company command post. Throughout the hours of darkness, he and his fellow Marines repelled numerous enemy attacks on their position. Private First Class Blunk's leadership and courage in the face of overwhelming odds rallied his fellow Marines and was decisive in their holding the ‘Crow's Nest.’ With ammunition running critically low, he and another Marine left their besieged perimeter on more than one occasion to collect enemy weapons and ammunition to continue their fight against the enemy."

Now, 49 years later, Harold Blunk is a successful businessman and active citizen, who is delighted to visit Marine celebrations and remind younger Marines of the bond of courage and sacrifice which binds them all together.

With Veterans Day approaching, I couldn't help but think of Harold and other veterans I have known and who have helped shape my life. Here are a few:

One of the most decent men I ever worked with was the late Republican leader Bob Michel. In the Battle of the Hürtgen Forest in 1944, he was in a foxhole when a German sniper killed the man next to him. He always wondered why he had been spared...

My stepfather, Bob Gingrich, served in World War II, Korea, and Vietnam. He spent 27 years in the Army and felt he was serving a cause larger than himself. Much of my devotion to and passion for public service grew from the example he set and his attitude and habits.

Callista had four uncles who served in World War II. Three served in Europe and made it home. Uncle Louie served in the Pacific and was killed in the last months of the war. He is buried on Luzon.

One of the most decent men I ever worked with was the late Republican leader Bob Michel. He landed in Normandy and fought his way across France. In the Battle of the Hürtgen Forest in 1944, he was in a foxhole when a German sniper killed the man next to him. He always wondered why he had been spared, and felt God wanted him to devote his life to serving others.

One of the most amazing men I have worked with is former Senate Majority Leader Bob Dole. Severely wounded in Italy in the last months of World War II, he spent more than three years in rehabilitation hospitals. Bob then forced himself to get well enough to earn a law degree, run for office, and serve 27 years in Congress. He eventually became Senate Majority Leader and a Republican Presidential nominee. Today, at 94 years old, Bob Dole still goes to work every day.

Our freedom, prosperity, and safety depend on the bravery and loyalty of veterans like these and the monumental sacrifices they make for our country. We are infinitely grateful for their service, as well as for the support and countless sacrifices made by their families, who often spend long periods, periods of intense worrying, without their loved ones.

This Veterans Day is a good time to remind ourselves how much we owe the brave men and women who make great sacrifices to defend America and our freedoms.

To all of our veterans and those who continue to serve our country, thank you for your dedication and service. May God continue to bless and protect you, and these United States of America.