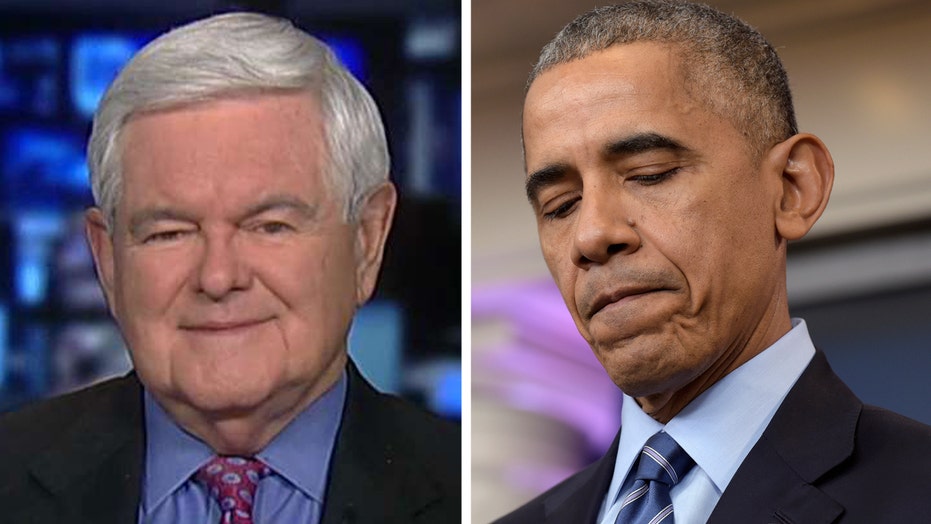 Newt Gingrich: Obama's legacy will disappear within a year

In recent days, there have been three deadly terrorist attacks in three different countries.

In Jordan, ten people were killed (a Canadian woman among them) and 34 were wounded in an attack on a crusader castle which is a popular tourist destination. Seven of the dead were Jordanian security forces fighting to defeat the terrorists. The fight started in an apartment building after the landlord reported that the men had explosives. One policeman was killed there, and the four gunmen fled 30 miles to the castle, where there were tourists and where the terrorists could hide behind the thick walls. Only quick action by the Jordanian police saved a lot of other lives.

In Turkey, a policeman killed the Russian Ambassador during the opening of an exhibit of Russian paintings. The attacker yelled that this was in revenge for Aleppo and shouted passages from a Hadith favored by Islamists. The terrorist-policeman was admitted to the exhibit by showing his security badge (much like in my novel Treason, in which security services secretly loyal to Islamic supremacists undermine American security).

Also, in Turkey, a shot was fired outside the United States embassy in Ankara. The State Department has announced additional security precautions.

In Berlin, an attacker drove a truck into a popular Christmas market next to the Berlin Zoo and killed twelve people while injuring about fifty others.

Chancellor Merkel described it as an act of terror.

These events are all reminders that while the American news media obsessed over a possible electoral college revolt which did not take place (Clinton actually lost more electors than Trump), the terrorists grew stronger and more widespread.

The new Trump administration will have to develop a completely new strategy if we are to defeat those who want to destroy us.

These three attacks in three different countries are reminders of the cancer that is growing.

And of course, none of this includes the violence of Syria, Iraq, Libya, and Somalia.

The world is becoming more dangerous as our media becomes more frivolous.