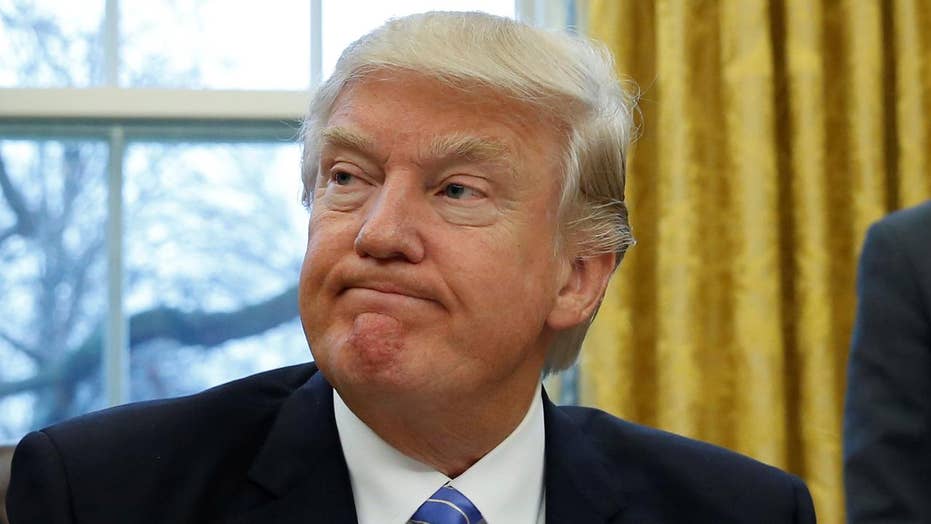 The elite left and their propagandists in the media are already in hysterics over President Trump’s first week in office, but for most Americans there are no surprises here.

The president is doing exactly what he has said he would do for the last two years on the campaign – immediately get to work focusing on jobs, immigration and shrinking government. And guess what: He’s going to continue.

President Trump’s order to end Obama’s utterly irrational ban on the Keystone XL Pipeline could mean 20,000 jobs that were going to China could instead come here and provide Houston with 30 to 40 years of work. Completing Keystone, and the Dakota Access Pipeline, will make us less dependent on the Middle East for our energy and create jobs in our energy sector.

Expediting unending environmental reviews for important infrastructure projects will mean bridge and highway builders will be able to hire workers sooner and complete projects more quickly for less money. This is perfectly Trumpian and completely the opposite of business as usual in Washington.

The last time the country witnessed a president come to office and immediately begin working to enact the will of the American people was in 1981, when President Ronald Reagan took office.

While the media has obsessed over how many people were at the inaugural ceremony, the president has signed orders to shield people, states and businesses from future financial damage wrought by ObamaCare and other pending Obama regulations. This will give people and employers some relief while Congress works to fully fix the country’s hobbled healthcare system and untangle the web of senseless regulations brought on over the last eight years by the Washington bureaucracy.

President Trump has also made good on his promise to immediately begin work securing our border and returning the rule of law to our immigration system – something the left has bitterly opposed.

In a time when heroin and opioid abuse is devastating communities across the nation, and a time when people who want to kill us and destroy our society are trying to infiltrate our county, what reasonable person would say hiring up to 10,000 more U.S. Immigration and Customs Enforcement officers and up to 5,000 more U.S. Border Patrol agents is a bad idea?

The president is immediately working to end the catch-and-release policies of so-called sanctuary cities like Chicago and Los Angeles, where instead of immediately turning criminal aliens who are released from police custody over to immigration officials, the crooks are let back out on the streets.

Leaders in cities granting asylum to such criminals are going to have to explain to their residents why the imagined rights of criminal noncitizens are more important than receiving federal funds to build infrastructure, hospitals, or improve their schools. And I can’t wait to see Mayor Rahm Emanuel explain to the people of Chicago – where 4,000 people were shot last year – why it’s important to put more criminals on the streets of the Windy City.

The left is also understandably alarmed by Trump’s announced investigation into voter fraud in America, a problem for which he has consistently expressed concern as a candidate. President Trump wants to make sure that to vote in this country you must be both alive and a legal citizen. I think those are two reasonable criteria to vote, but they pose real problems for the left.

The president is also taking first steps toward reforming the civil service, which is badly in need of overhaul. The hiring freeze Trump placed on some federal agencies has Washington, D.C.’s unelected policymakers quaking while people outside the Beltway who pay their salaries are sighing with relief.

All of these actions are perfectly in-line with what President Trump campaigned on – and what the American people elected him to do. So, of course his liberal and establishment critics are shocked, baffled and anxious. Actually doing the things you said you would do during a campaign is completely outside liberalism and unthinkable to the traditional Washington establishment.

The last time the country witnessed a president come to office and immediately begin working to enact the will of the American people was in 1981, when President Ronald Reagan took office.

Within weeks of his inauguration, Reagan proposed some of the most aggressive tax and budget reforms Congress had ever seen. He was reacting directly to the country’s concern over a failing economy and a sense of American decline that was felt worldwide.

Reagan started the first great effort to break out of the Franklin Delano Roosevelt model of American government that has engorged the Washington elite and left the rest of the country flailing.

The second effort was the Contract with America in 1994.

President Trump is leading the third – and hopefully ultimate – charge to steer our country in a bold new direction that is guided by the will of the people.