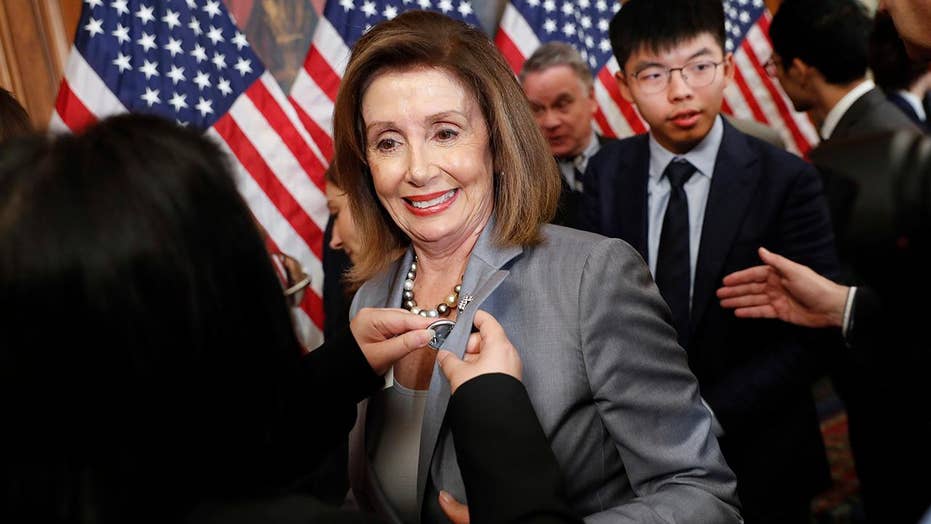 Editor’s Note: The consulting and media production firm Gingrich 360 advises several companies in the health care industry that could be affected by price controls.

Pelosi’s plan would institute an up to 95 percent retroactive tax on gross drug sales if manufacturers don’t agree to Washington’s price demands. So the U.S. Department of Health and Human Services would “negotiate” drug prices much in the same way that Don Corleone, of “The Godfather” fame, “negotiated” with Jack Woltz to let Jonny Fontane star in his movie.

By allowing bureaucrats to dictate drug prices, Pelosi is laying the groundwork for "Medicare-for-all" – which would have bureaucrats dictate all health care prices.

Recall, Pelosi floated a plan in the spring that was merely left-wing – instead of loony left-wing – and it received huge blowback from her party's hard left. By caving to their demands now, she has effectively surrendered control of governing to the "Squad."

But we want to point out a more fundamental fact: Nancy Pelosi and the hard left have no idea how drugs are developed.

Their ignorance is revealed in documents the speaker’s officer released outlining the Pelosi plan. It cites an analysis that claims that of the top 10 drug manufacturers, nine spend more on advertising than research.

In reality, three times as much is spent industrywide on research and development as on marketing. But the left falsely argues that taxing the biopharmaceutical industry into oblivion and dictating prices won’t hurt drug development.

Advocates of the Pelosi plan tried to further muddy the issue by promising to take the money that price controls would allegedly save Medicare and give it to the National Institutes of Health (NIH) in order to conduct more medical research.

However, only the government would pay less under the Pelosi plan, not necessarily Medicare patients

To be clear: At Gingrich 360, we are steadfast supporters of increasing funding for the NIH. Speaker Gingrich wrote a Fox News op-ed in 2015 calling on Congress to double the NIH budget. Just this week, we publicly supported efforts to lobby Congress on behalf of increased NIH funding.

However, devastating the U.S. private biopharmaceutical sector while expecting to maintain the pace of drug innovation by giving NIH more money is a fantasy. It is like a championship football team firing its star quarterback and running back but expecting to score as many points as last year because it has signed the best punt returner in the business.

NIH funding is critical, but it is just the first step in the drug development process. It generates the basic scientific research for which it is difficult to raise private capital. Like a good punt returner who can grab better field position, a robust NIH creates more opportunities to reach the end zone – in this case, the introduction of a new drug to market. But you still need the rest of the offense to score.

After NIH research makes a discovery that could inform the development of a new treatment, such as a molecular pathway or target, the private sector takes over. Oftentimes, it is a small biopharmaceutical firm that picks up the ball and raises money to fund the research and development needed to see if it can turn the NIH’s scientific discovery into a viable treatment for patients.

Even then, many – if not most – of these small firms fail. Translating basic scientific research into treatments which can work in humans is difficult. But if a drug or therapy is successful in early clinical trials, the firm will often try to partner with – or be acquired by – a larger firm with the know-how and resources needed to fund the most expensive stages of drug development.

Then, if the drug is approved by the Food and Drug Administration, the company will manufacture and sell it in the marketplace.

So when Pelosi and her left-wing allies claim that drug manufacturers spent more on advertising than research, they are being extremely deceptive. They ignore manufacturers’ considerable investments in research and development and fail to acknowledge the massive amount of private funding supplied by investors in the earlier, and much riskier, stages of drug development (not to mention the time and energy of the founding scientists who usually own stock and should rightfully be rewarded).

And since these investors make decisions by weighing the high risk of failure (only one in 10 drugs under development make it to market) with how much money the drug could generate if it is successfully approved, there is a direct relationship between the expected financial returns on a new drug and the amount of money available to invest in research and development.

This is not a theory. We know what Pelosi’s plan – and those like it – would lead to because we have already seen it happen in Europe.

Pelosi’s plan may artificially lower prices on new branded drugs, but it would come at a huge cost. The pace of biomedical innovation would be dramatically slowed and patient access to new drugs would be limited.

The only winners from Pelosi’s plan would be China and our other economic competitors – who would love to see us undermine our own domestic biopharmaceutical sector to their benefit. The quickest way for them to gain market share in this critical global marketplace is for us to sabotage ourselves. Pelosi and the left would be their unwitting agents.

The losers would be patients hoping for new cures and the millions of scientists, researchers and skilled workers who help to develop them.

The American people should stand united against this disaster because it is their health that is being threatened.

Joe DeSantis is the chief strategy officer for Gingrich 360. He leads the consulting division, with clients in health care, aviation and education.