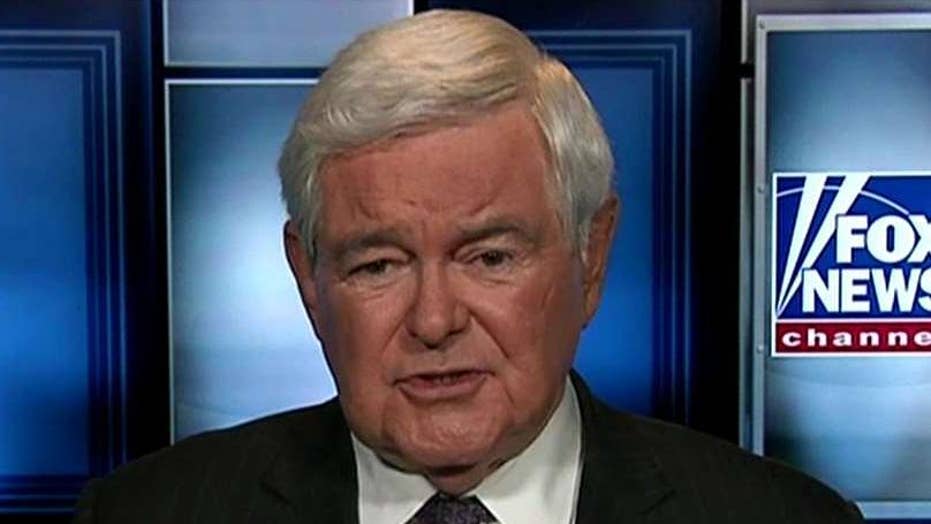 The indictment of 13 Russians for interfering in the 2016 American presidential election is the tiny tip of a large iceberg. We are beginning to be forced to confront how dangerous and how determined Russian President Vladimir Putin and his machine are to remake the world in an anti-Western manner.

Russia is clearly an opponent whose president apparently authorized an effort to either manipulate the political future of the United States or simply incite division.

This pattern is not limited to the United States. President Emmanuel Macron of France has openly complained about Russian intervention in French politics. In Britain, there have been clear cases of Russian dissidents poisoned in a classically Russian style. In Estonia, Georgia and Ukraine we have seen even more overt and aggressive intervention by the Russians.

In Estonia, the internet was overwhelmed in 2007 in wide-ranging cyberattacks.

In Georgia, there have been a combination of cyberattacks, and militia and military actions.

In Ukraine, we have seen direct warfare in the seizing of Crimea and eastern Ukraine (the former through overt Russian forces and the latter through local militias heavily reinforced by Russian forces). There have also been cyber operations, propaganda campaigns, and targeted assassinations in Ukraine – including in Kiev, the nation’s capital city.

In terms of direct actions and provocations, there is no other country in the world that has made as many active efforts to irritate and undermine other countries as Putin’s Russia.

Despite Russia’s long pattern of active, multi-faceted aggression in multiple countries, our foreign policy establishment continues to deal with each provocation on a case-by-case basis.

Our elites have managed to avoid reality in dealing with Putin and his Russia for two decades. In 2001, President George W. Bush said: “I looked the man in the eye. I found him to be very straightforward and trustworthy … I was able to get a sense of his soul."

Secretary of State Hillary Clinton launched a “reset” on March 6, 2009, albeit with a reset button that was spelled wrong. Instead of saying “reset” in Russian, the button said overcharged. Then she allowed the Russians to acquire a good bit of our uranium.

President Obama, in March 2012, told then-Russian President Dmitry Medvedev that he would be easier to deal with after the election: “This is my last election…. After my election I have more flexibility,” President Obama said.

The two leaders did not realize their microphones were on, as President Obama promised to be more flexible on missile defense and other issues after the election. Medvedev promised to tell Putin, who was set to replace him as president a few weeks later.

The foreign policy establishment has approved of this Alice in Wonderland approach to Russia as part of a larger, disastrous misunderstanding of reality.

With the collapse of the Soviet Union in 1991, the American foreign policy establishment embraced the fantasy of a “new world order,” in which the United States would work with like-minded countries to create order and use diplomacy instead of violence to settle differences.

Tragically for those with this well-meaning dream, the world refused to go along.

From the violence of Islamist supremacists, to the determination of Hamas and Hezbollah to destroy Israel, to the North Korean and Iranian nuclear programs, to the resiliency of the Taliban in Afghanistan, to the military buildup of China, to Russian aggression, the foreign policy elite has been wrong about the nature of the emerging world. It makes one wonder why they are considered elite.

The recently published National Security Strategy report is a first major effort to turn American policy back towards realism and an honest assessment of the threats that could endanger us.

China may be the bigger long-term threat, but Russia is clearly the more active disrupter of the world order today.

The Russians have adopted and developed a doctrine called “hybrid warfare.” Essentially, it argues that competition between states and non-state actors can be fluid.

Hybrid warfare escalates and winds down activity by simultaneously using various traditional and non-traditional tactics – such as psychological campaigns, cyber campaigns, low-level violence with thugs and gangs, limited warfare with regular forces, and major war. Theoretically, this doctrine could include, if necessary, the use of nuclear weapons.

Think of hybrid warfare as a series of dials for various modes of aggression, which Russia can turn up and down as needed. This creates a multi-layered, non-linear system of strife that is very difficult for traditional defense and foreign policy doctrines to analyze and counter. This, of course, assumes that the activist state remains in control of the dials.

Caught between Western economic and technological superiority and China’s enormous population, which is increasingly backed by a larger and more advanced economy, the Russians are increasingly turning toward modernized, usable nuclear weapons – a very dangerous prospect.

The Cold War was dominated by hydrogen warheads designed to wipe out entire cities. While President Eisenhower had favored tactical nuclear weapons, after 1960 a consensus grew that any nuclear war would risk being uncontrollable – and even small battlefield nuclear weapons could lead to massive thermonuclear exchanges.

Putin and his allies are keenly aware of the danger of mass death in a real war. They are determined to win such a war through tactical nuclear weapons, if need be.

In developing a strategy for containing, deterring, and if needed, defeating the Putin regime, we must remember every day that Russia already has 6,800 nuclear weapons, 1,710 of which are deployed strategic warheads (vastly more than any country except the United States).

It is obvious from the details of the indictments that the Russian effort to interfere with the American election had to have had Putin’s knowledge and approval.

This level of systematic hostility combined with the Russian behavior around the world is going to require a national security response rather than a criminal justice response.

Clearly, the Russian threat, and how we deal with it, is the real Russia problem.