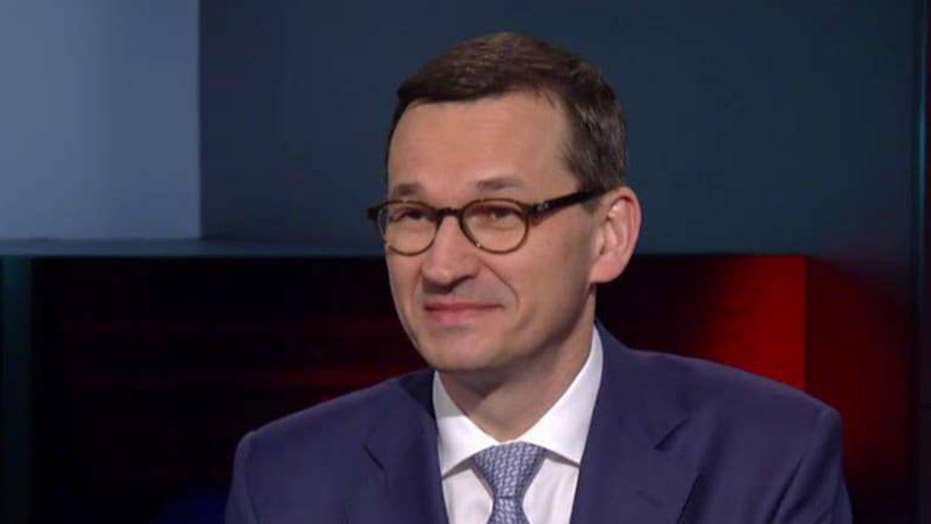 Polish PM: Poland is considered one of the most pro-American countries in EU

In June 1979, Pope John Paul II embarked on a nine-day pilgrimage to Poland that transformed Eastern Europe – and the world. In a momentous homily delivered from Victory Square in Warsaw, he declared "it is not possible to understand the history of the Polish nation without Christ," reminding the millions suffering under communist rule of their country’s rich history, the dignity of human life, and their natural, God-given rights.

Much like John Paul II, President Ronald Reagan did not hesitate to confront the “evil empire” of the Soviet Union and the horrors of communism, casting aside the conciliar approaches of past administrations in favor of a foreign policy that refused to compromise on American ideals.

Forty years after Pope John Paul II’s pilgrimage, the latest episode of the "Newt’s World" podcast, "Pope John Paul II, President Reagan and the Fall of Communism," discusses both these great men and their role in defeating communism. I am joined by John O’Sullivan, a former adviser to Margaret Thatcher and the author of "The President, the Pope, and the Prime Minister."

In his book, O’Sullivan lays out how President Reagan, Pope John Paul II, and Prime Minister Margaret Thatcher all developed as leaders. The trio each survived harrowing assassination attempts, reinvigorated the spirit of the Western world and fostered the growing cultural opposition to Soviet control in the Eastern Bloc.

In the episode, we delve into the special relationship shared by these inspiring figures and their unwavering commitment to democracy and freedom. As we continue to combat re-emerging threats of socialism at home and abroad, the lessons we can learn from this chapter of history are more important than ever.

The unflinching moral leadership of these leaders inspired the Polish people to reclaim their country, their courage, and their freedom.

I hope you will listen to "Newt’s World – Pope John Paul II, President Reagan and the Fall of Communism" and join us in remembering the inspiring leaders who sparked the cultural revolution that liberated Eastern Europe from communist oppression.