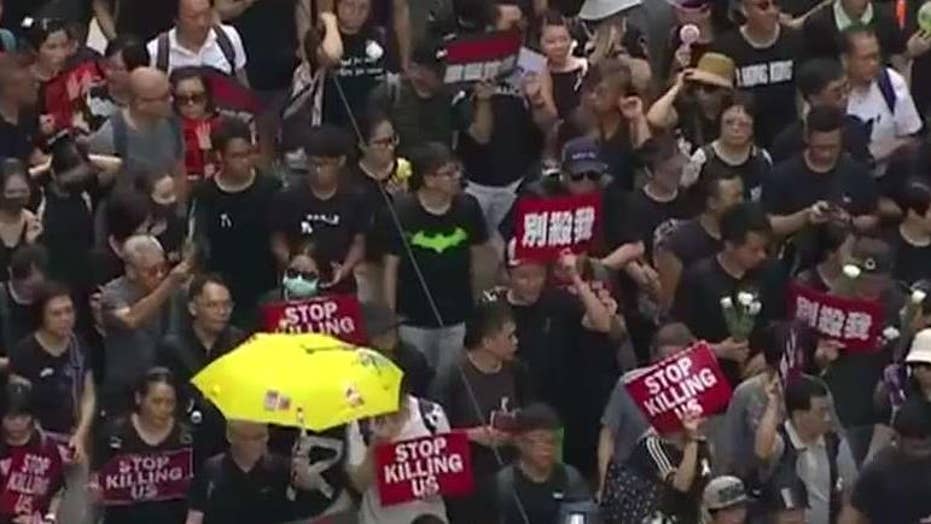 A suspension of the controversial China extradition bill and an apology doesn't stop protesters in Hong Kong; Benjamin Hall reports.

One of the most important struggles on the planet is taking place right now between the people of Hong Kong and the dictatorship of General Secretary Xi Jinping.

My next podcast on Sunday, June 23 will be on the meaning of the struggle in Hong Kong. This is an extraordinarily important moment.

The Communist Chinese system wanted to extend its ability to prosecute people in Hong Kong by passing a new law that would make it easy to extradite people from the Special Administrative Region to the mainland court system. Hong Kong residents saw this as a direct assault on their rights under the agreement that returned Hong Kong from British control to Chinese control.

The principle had been established that there would be one country but two systems. The British belief in the rule of law, due process, and free news media had been continued even after the colony left British control and was once again Chinese territory (which it had been before 1842).

Under British rule, Hong Kong had become an astonishingly wealthy and prosperous city-state. Its 7.4 million people are intensely entrepreneurial. It has the highest concentration of extremely wealthy people of any city in the world and the largest number of skyscrapers. Its low tax system has been studied by economists as a model for supply-side economics and was in many ways a model for President Ronald Reagan. Alvin Rabushka’s “Hong Kong: A Study in Economic Freedom” is a good example of the impact the low tax, high growth, wealth creating system had on modern economists.

What has been remarkable is the popular outrage and the collective courage of the people of Hong Kong.

As the British left, the entrepreneurial, hard-working, and creative millions in Hong Kong worried that they would be absorbed into the mainland dictatorship. They were assured that they would be part of a “one country, two systems” model in which Beijing would manage foreign policy and national security but Hong Kong would retain its unique characteristics.

However, from the beginning, freedom was limited as Beijing insisted on a limited electorate (largely dominated by supporters of Beijing). The average Hong Kong resident has little impact on the government and knows it.

It has been 22 years since the July 1, 1997 handover of Hong Kong from Britain to China. The system has worked moderately well in maintaining a balance of economic and personal freedom within and next to a totalitarian system.

However, Beijing simply can’t let Hong Kong alone. It would be wise for Beijing to emphasize the two systems part of the one country, two systems formula. This would increase the possibility of the people of Taiwan moving toward reunification with China. 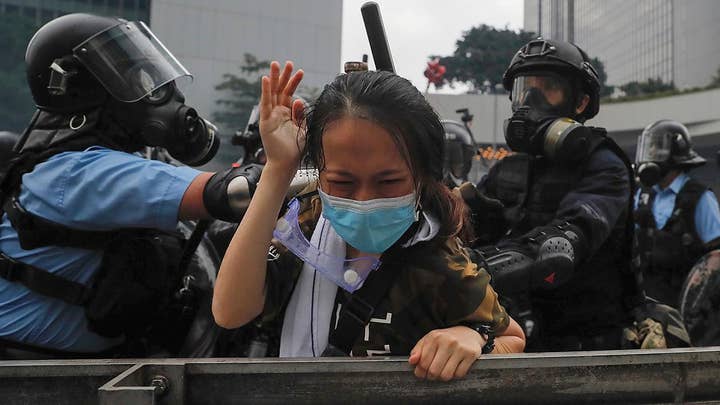 The problem with this idealistic optimism is that freedom for Hong Kong reassures Taiwan but undermines the totalitarian system.

A key part of the Communist Party’s claim to legitimacy is the notion that “socialism with Chinese Characteristics” is the only practical way to manage a country with 1.4 billion people. Their social contract has been that they would improve incomes and the quality of life in return for the Chinese people accepting a totalitarian system with intense social controls and pervasive policing.

There have been three objective challenges to the Beijing dictatorship: Hong Kong, Taiwan, and Singapore. In all three places, people of Chinese background and culture live in freedom and create wealth on a remarkable scale.

What has been remarkable is the popular outrage and the collective courage of the people of Hong Kong. According to a poll by the University of Hong Kong, overwhelmingly, they identify with Hong Kong and not China. Many do not want to become part of the totalitarian system. They have had more than every seventh resident participate in demonstrations (numbering one to two million people) out of a total population of a little more than seven million.

The Beijing-supported Chief Executive Carrie Lam initially used the police to try to suppress the demonstrators. This led to a harsh backlash and an even greater turnout for Sunday’s demonstration.

This turned the Hong Kong struggle into a major turning point. Having gotten the extradition bill withdrawn with a million-person demonstration, after Lam apparently lost her nerve, the people of Hong Kong then turned out in twice that number to demand the chief executive step down and the bill be permanently blocked.

The Belt and Road Initiative and Huawei promoting, globe-traveling President Xi Jinping wants to be acceptable in capitals around the world. On the other hand, the general secretary of the Chinese Communist Party and chair of the Central Military Commission has a responsibility at home to sustain the totalitarian system.

In a remarkable moment of timing, the day after the two-million-person march, Joshua Wong, a leading pro-democracy activist, was released from prison after serving one month of a two-month sentence for demonstrating in 2014. Wong is a symbol of commitment to freedom and a charismatic figure who immediately called for Lam’s resignation.

The key test now is what General Secretary Xi Jinping is going to do about this direct confrontation between Hong Kong’s people power and Beijing’s military and police power.

If he allows the people of Hong Kong to get in the habit of demonstrating and talking without repression, there is a real danger this spirit will spread to the mainland.

On the other hand, trying to repress Hong Kong could be much bloodier and more expensive than Tiananmen Square was 30 years ago.

The Belt and Road Initiative and Huawei promoting, globe-traveling President Xi Jinping wants to be acceptable in capitals around the world.

On the other hand, the general secretary of the Chinese Communist Party and chair of the Central Military Commission has a responsibility at home to sustain the totalitarian system.

July 1 is the 22nd anniversary of the handover from Britain to China. In recent years, this date has been used by democracy activists to protest and communicate their desire for genuine self-government. This year, July 1 could turn into a genuine test of the concept of one country, two systems.

If Xi exercises disciplined restraint and allows Hong Kong to evolve, we will be in a vastly different world – and may be able to talk about a long-term evolution from dictatorship toward freedom for China.

If, on the other hand, he moves to crush dissent and to impose totalitarian controls on Hong Kong, we will be in a much more serious challenge to freedom across the planet.

This is a critically consequential moment that matters to all of us – not just to the more than seven million citizens of Hong Kong. Now, we must wait and see what Xi decides.