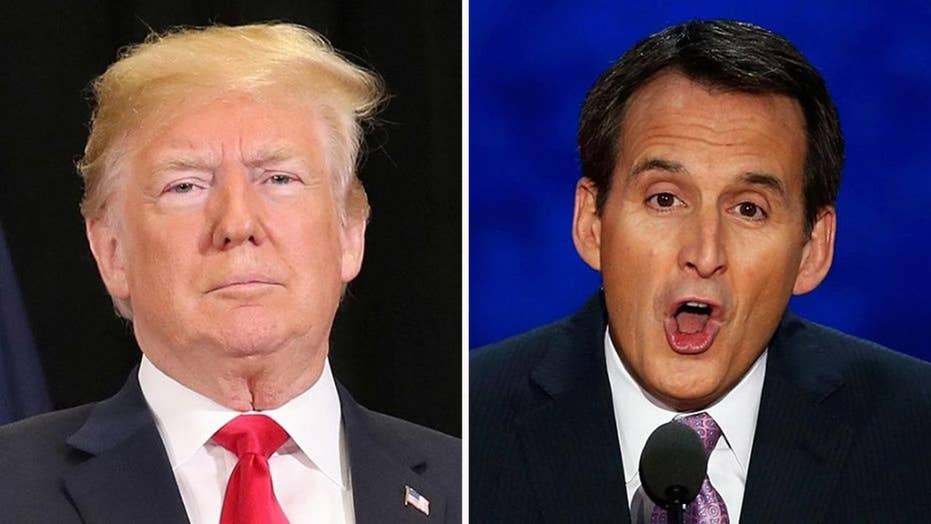 The first is that President Trump’s power in the Republican primaries continues to be extraordinary.

The second is that the continuing investment by the Republican State Leadership Committee (RSLC) in state legislators is giving the Republican Party a farm team that is providing strong candidates for many key races.

In the process, Matt Walter and his team at the RSLC have devastated the Democrats’ farm teams. Democrats lost more than 900 state legislative seats when President Obama was in office.

Third, the radical extremist wing may do well in Democratic primaries but could pose big problems for the entire Democratic ticket in the general election.

The best example of the Trump effect on Tuesday was the upset victory by former Minnesota state legislator and current Hennepin County Commissioner Jeff Johnson, who had won the state’s GOP convention endorsement in the race for governor in June, over former Gov. Tim Pawlenty.

Barry Casselman, one of the most insightful observers of Minnesota politics told me following Johnson’s win that the victory was a “big upset: The GOP-endorsed candidate for governor, Jeff Johnson, defeating former Governor Tim Pawlenty. Polls indicated that Pawlenty was ahead and better known, but Johnson ran social media ads asserting he was the only true supporter of President Trump in the race, citing a Pawlenty criticism of candidate Trump in 2016. Johnson apparently ran better-than-expected in outstate areas where Trump support is still strong.”

Casselman’s other observations about Minnesota, Wisconsin, and Iowa can be found here.

Pawlenty had been a very able two-term governor of Minnesota, and this primary was a further wakeup call about the mood of Republican voters. Johnson had campaigned in a RV with the slogan “Overthrow the Status Quo” emblazoned on its side. It was a compelling example of the impact Trump conservatism and demands for real change are having on the GOP.

The growing weight of state legislators in the GOP is also continuing to increase. Consider that Johnson was a former state representative in Minnesota. The GOP nominee for Al Franken’s former U.S. Senate seat, Karin Housley, is a state senator.

Next door in Wisconsin, state Sen. Leah Vukmir is the GOP winner of a very tough primary for the Republican nomination to take on Democratic U.S. Sen. Tammy Baldwin. This impact is a big deal.

In Minnesota, radical U.S. Rep. Keith Ellison (someone who is comfortable wandering around in a T-shirt proclaiming “I don’t believe in borders” and advocating for a radical extremist Democratic Party) won the nomination for attorney general. Ellison is so far to the left of most Minnesotans that he may endanger the entire ticket for Democrats.

One Democrat from the iron range country of northern Minnesota commented to me that the Democratic Farmer Labor (DFL) Party was being replaced by a Twin Cities Socialist Democratic Party and driving the rest of the state into an unofficial Republican Farmer Labor Party.

Ellison’s radical views already created the easy target of asking each Democratic candidate if he or she agrees with him on open borders, a $15 minimum wage, government-run health care, and other left-wing issues.

This is going to be a special problem for the appointed replacement for Sen. Franken, former Lt. Gov. Tina Smith, who is up for election this November. She co-sponsored an open borders bill with Sen. Diane Feinstein’s, D-Calif. Supporters of open borders are a distinct minority among ordinary Americans – even in traditionally liberal Minnesota.

Over the weekend a news story broke that Ellison was accused of physically abusing a former girlfriend. In a party that drove Al Franken out of the Senate and has become extraordinarily intense about men bullying or harassing women, Ellison is going to become a problem. There will likely be pressure for him to resign from the race. All Democratic nominees will be asked if they support him.

The fall campaign in Minnesota is going to be interesting. According to Casselman and other experienced observers, it has the potential to become similar to the kind of meltdown that cost the Democrats two senators and a governor in 1978 (although no one thinks U.S. Sen. Amy Klobuchar is particularly vulnerable).

Tuesday’s primaries were incredibly didactic. Come November, in almost every state, the general election is going to be fascinating.