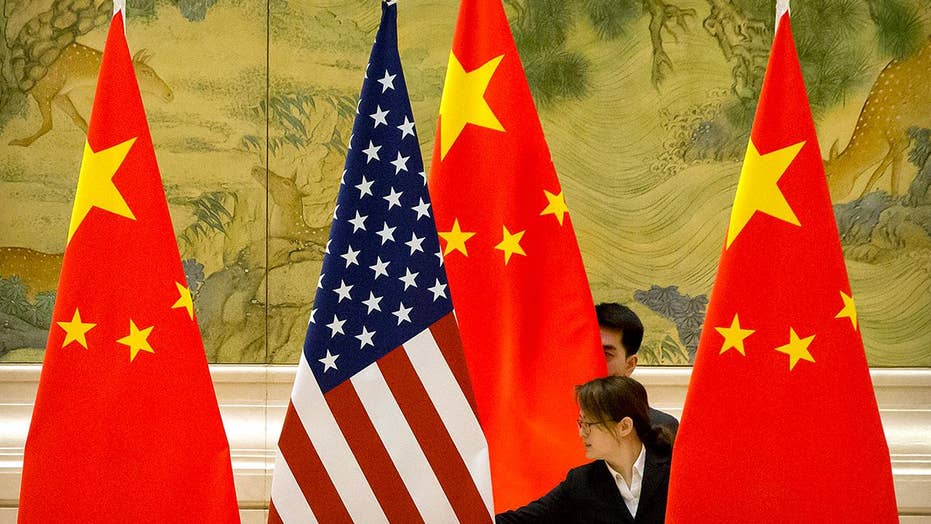 When can we expect a trade deal between the US and China?

Hoover research fellow Lanhee Chen says the U.S. has to make sure they have a way to enforce a new trade deal with China.

China is seeking global dominance across multiple domains. This is clear as China hosts more than 40 world leaders in Beijing this week for the second international forum on the Belt and Road Initiative (BRI) — with Russian President Vladimir Putin as the guest of honor. As Mike Allen wrote, "When you can get that many powerful people to come to you in Beijing, you're starting to look a lot like a superpower."

The BRI infrastructure effort is only one part of "China's plan to supplant the U.S. as the dominant global superpower within the next three decades." In addition to the BRI, China’s aggressive tactics used in the race to 5G, the militarization of the South China Sea, the theft of intellectual property, and discriminatory business practices all work collectively to advance China’s economic, military, and political influence across the globe.

In my new book, "Trump vs China: America’s Greatest Challenge," which will be released in October, I describe China’s challenge to the rules-based world order and how, as a result, American interests and security are being put at risk.

Sun Tzu, one of the most famous (and possibly most legendary) Chinese military thinkers stressed that you must know both yourself and your opponent in order to be successful in competitions. According to Sun Tzu, the attributed author of "The Art of War," by having an understanding of both contenders, "you need not fear the result of a hundred battles."

China is the most serious and formidable competitor that the United States now faces. It is essential to examine Chinese tactics and strategic thinking to better position the U.S. for this new era of competition. It will affect the future of our country for generations to come.

One of the most revealing comparisons to Chinese strategy is the game wei qi, which is said to have originated in China thousands of years ago. Wei qi — more commonly known by its Japanese name "Go" in the West — is a game played with two players using a checkered board lined with 19 horizontal and 19 vertical lines. One player has 180 white round stones and another has 181 black round stones. The players take turns placing their stones on the board one at a time on the intersections of the checker lines.

The goal of the game is to capture the most territory either by encircling empty spaces or your opponent’s pieces on the board. The player with the most territory after all the pieces have been played, or after both players pass on their turns, wins.

Go is an incredibly complex game due to the number of possible moves and board configurations. As the game progresses, there are multiple invasions, engagements, fights, and confrontations between players that occur in all different areas of the board at the same time. Moreover, it is a lengthy game that requires players to capitalize on short-term victories – but to never lose sight of the long-term strategy.

American strategy relies on our technological superiority and capabilities. The U.S. focuses on force-on-force competition that seeks the result of total victory over the opponent. In chess, there are pieces that are more powerful than others that are deployed with the objective of capturing the opponent’s king. Every move is directed toward protecting your own king and seizing your opponent’s. In this way, chess is narrowly focused.

It will be dangerous for the U.S. to continue to approach the challenges we face with China without understanding and seeing the totality and breadth of their strategy.

Chess players must also preserve their stronger pieces to keep the balance of power in their favor and ensure a better chance of victory. The player with the most powerful pieces in play during the game will likely win.

Henry Kissinger notes in his book, "On China," “If chess is about the decisive battle, wei qi is about the protracted campaign.”

In Go, every stone is equal. Players can unleash massive amounts of potential power by creatively and tactically placing their stones. All stones placed on the board work in close connection with one another, as each individual is a part of a larger, bigger strategy.

Moreover, in Go there are multiple campaigns, pursuits, battles, and maneuvers happening at the same time across the board. As the board is constantly changing in complex, subtle, and dynamic ways, players must always have a sharp awareness of the overall situation. Due to the number of possibilities where players can place their stones and the limited number of stones available, players must know when to fight for or defend territory. More importantly, they must know when to let it go.

In an evenly matched game, Go is a competition of simultaneous incremental victories. Total, decisive, and complete defeat of an opponent is not typically an attainable objective. Usually, games are won by just a few points.

Dr. Lai notes that playing Go with a chess approach is dangerous. Similarly, it will be dangerous for the U.S. to continue to approach the challenges we face with China without understanding and seeing the totality and breadth of their strategy.

China has already placed numerous stones on the board – such as artificially low Huawei 5G equipment prices, government loans to Belt and Road countries, building islands in the South China Sea, and forced technology transfers.

These stones work together in pursuit of various territorial acquisitions that will (in partnership with other stones) yield 5G dominance, control of the South China Sea, and economic superiority.

We must examine all of these campaigns — in addition to others — collectively. We must understand this go-based approach, rather than look at each endeavor as an independent challenge. Each of China’s campaigns work in concert with one another and will ultimately result in China’s emergence as a global hegemon. China’s current aggressive tactics will eventually undermine the United States, jeopardize our security, hurt our economy, compromise our values, and alter our way of life.

Those trying to understand the challenges that the United States now faces with China need to learn how to play Go. The National Go Center has very helpful resources and events for players of all levels.

Moreover, the United States must develop an American-based strategy in this new era of competition that is focused on our strength, capabilities, ingenuity, and American spirit. Only then can we ensure that that the U.S. will emerge prosperous, successful, and stronger than ever.