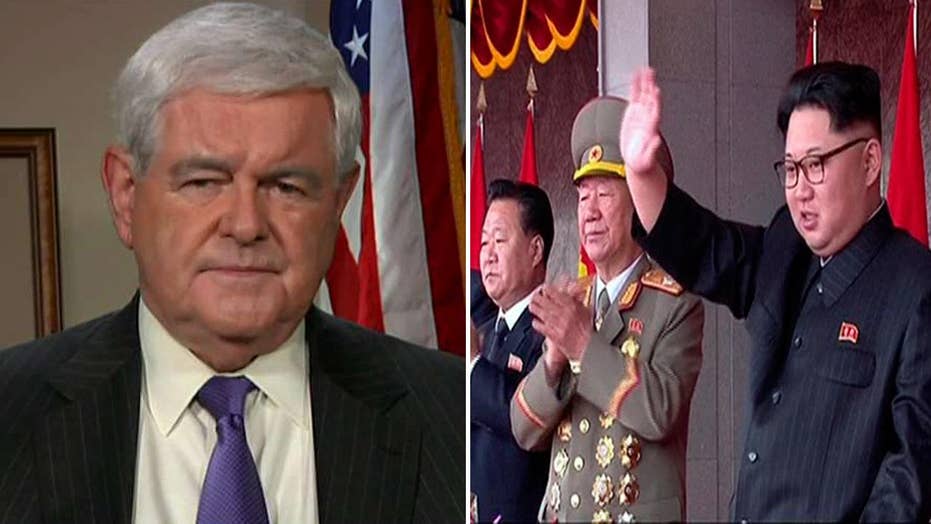 What is an American city worth?

In reaction to that shocking day, America launched a series of wars that have gone on for nearly 16 years, have cost more than $5 trillion, and have left more than 4,000 Americans dead and more than 50,000 severely wounded.

That has been the cost of attacks by terrorists using commercial airliners as weapons.

Now consider the human cost of losing one American city to a nuclear strike.

I chose only one city to make a point about our current lack of seriousness in dealing with the spread of nuclear weapons to more and more unstable and dangerous countries.

The Los Angeles Times reported on, August 16, 2006, that a nuclear attack on the Port of Long Beach would "have catastrophic consequences for the United States,” resulting in the instant deaths of 60,000 people and irradiation of another 150,000. Additionally, the paper reported the economic loss would be ten times that of the Sept. 11 terrorist attacks.

The paper cited a report by the RAND Corporation’s Center for Terrorism Risk Management Policy, which the article’s author wrote presented “a terrifying picture not only of the possibility of such an attack but of its immediate and long-term effects on Southern California, the nation, and the global economy."

The Long Beach estimate was for a 10-kiloton device – that’s half the size of the “Fat Man” atom nuclear bomb dropped on Nagasaki and two-thirds the size of “Little Boy” dropped on Hiroshima.

The devastating impact of one nuclear device – even a "small" weapon – is so enormous that it must be taken incredibly seriously. The destruction that could be wrought by larger, modern devices is nearly unfathomable.

The burn casualties alone from one attack could be overwhelming. A 2007 study by the Center for Mass Destruction Defense at the University of Georgia noted there were about 1,500 beds for severe burn victims in the entire country and more than 80 percent are occupied at any one time. If a 550-kiloton bomb were to drop in Atlanta, it would produce an estimated 300,000 burn victims and collapse the entire health system, according to the study.

What’s called NUKEMAP on the internet allows anyone to visualize potential impacts of nuclear strikes and estimate casualty rates for a wide variety of cities. The images of what could happen are sobering.

I first became horrified by the impact of a nuclear weapon attack after reading Philip Wylie’s novel, “Tomorrow” as a teenager living at Fort Riley in Kansas. Wylie outlined an attack that hit two neighboring cities (similar to Minneapolis and St. Paul). One city had effective civil defense preparations. The other city had ignored civil defense. The difference in casualties and in human tragedies was enormous.

The impact of this novel was translated into serious nonfiction in 1962, when Herman Kahn wrote “Thinking about the Unthinkable.” This was a vivid examination of the facts of nuclear weapons and nuclear war. Kahn was dealing with superpower threats in which hundreds and even thousands of hydrogen warheads could be used. It would have been the end of our world.

The danger has since increased.

After three years of study, the Hart-Rudman Commission, which President Clinton and I created in 1998 to evaluate our national security strategy, warned that "America will become increasingly vulnerable to hostile attack on our homeland, and our military superiority will not help us."

Furthermore, the commission reported that the dangerous combination of weapons proliferation and terrorism would make the U.S. homeland less secure, and that "a direct attack against American citizens on American soil is likely over the next quarter century.”

Among other things, the commission suggested that we create an independent National Homeland Security Agency to plan, coordinate, and integrate government activities related to homeland security and ensure necessary resources were readily available – in addition to making homeland protection the National Guard’s primary mission.

This proposal was for a dramatically more robust, nuclear war-oriented agency than the current Department of Homeland Security, which was created in response to the Sept. 11 terrorist attacks. As such, we still need to develop a totally new or separately structured civil defense system for responding, recovering, and rebuilding after a nuclear event.

These bold, decisive proposals for both active and passive defenses should be read in the context of the scale of pain a nuclear event would inflict upon America.

In a future newsletter, I will outline a robust response to the North Korean-Iranian nuclear threats.

The age of deterrence as the sole strategy may be over. The age of deep defense against nuclear weapons may be beginning.

If we thought we could reliably deter North Korea or Iran, we would not be so intense about blocking their nuclear weapons and ballistic missile programs.

However, if we truly believe the North Korean and Iranian nuclear programs might be used against us, we have an obligation to rethink our strategy and our investment in defense both civil and military.

Remember how you felt after 9/11, when almost 3,000 people were killed and 6,000 were injured. Now, imagine how you would feel if 60,000 people were vaporized and 150,000 were exposed to hazardous radiation in a Long Beach-size attack.

What is avoiding a disaster on that scale worth?