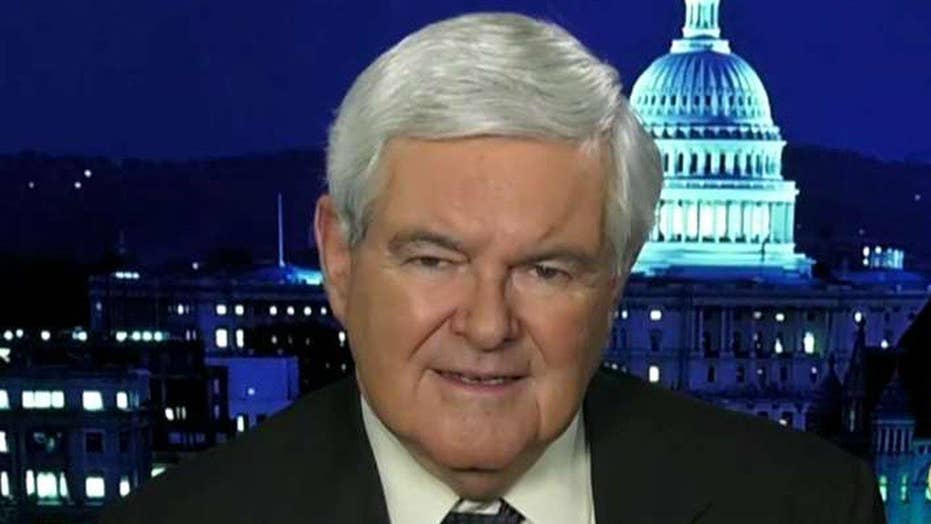 Media paint a pessimistic picture for inauguration; the former House speaker sounds off on 'The First 100 Days'

Author's note: The following is adapted from my January 16th speech at the Heritage Foundation, which can be viewed in full here.

As a candidate, Donald Trump repeatedly stated that balancing the budget would be a goal of his administration.

Many so-called experts have dismissed the idea that he can actually achieve this goal as president.

As usual, the experts have it wrong.

In fact, President Trump’s focus on the fundamentals of the economy and the government will shrink the deficit and balance the budget.

To use a sports analogy, Bill Walsh, the former head coach of the San Francisco 49ers, never focused on the score of the game. His focus was always on getting his players to perfectly execute their plays. If every play was perfectly executed, he believed the score would reflect the team’s actions.

This same principle holds true for balancing the budget. If Trump’s policies are implemented, the result will be a balanced federal budget.

I say this with some authority. As Speaker of the House, we achieved four consecutive balanced budgets. In the four years before I became Speaker, the combined deficit was more than a trillion dollars! Starting in fiscal 1998, we achieved a surplus of $559 billion.

How did we balance the federal budget?

We balanced the budget by focusing on the fundamentals of the economy and the government.

We cut capital gains. Our capital gains tax cut was very successful, and people responded positively to it.  This was key to accelerating investment and to expanding small businesses – leading to more tax revenue.

We reformed welfare. Welfare reform not only put millions of people back to work, it also led to the largest decline in child poverty in American history.

We also enacted major reforms to communications regulations which played a role in the explosion of the telecommunications industries, including mobile phone technology and e-commerce.

All of this strengthened the dollar and resulted in lower interest rates.

The combined impact of these and other policy changes led to reduced spending and more federal revenue. That is how we balanced the budget when I was Speaker, and this is how President Trump, working with Speaker Ryan and Leader McConnell can do it again.

Here is what a “Trumpian” approach to balancing the budget would look like.

These are just a few examples. On almost every front, the current policies and bureaucracies are so inefficient and out of touch with 21st century capabilities that the potential is enormous for a less expensive federal government leading to a dramatically bigger American economy with far higher incomes.

This is the path to a Trumpian balanced budget. It will be a consequence of the right policies to spur economic growth and make our government operate more efficiently and effectively.