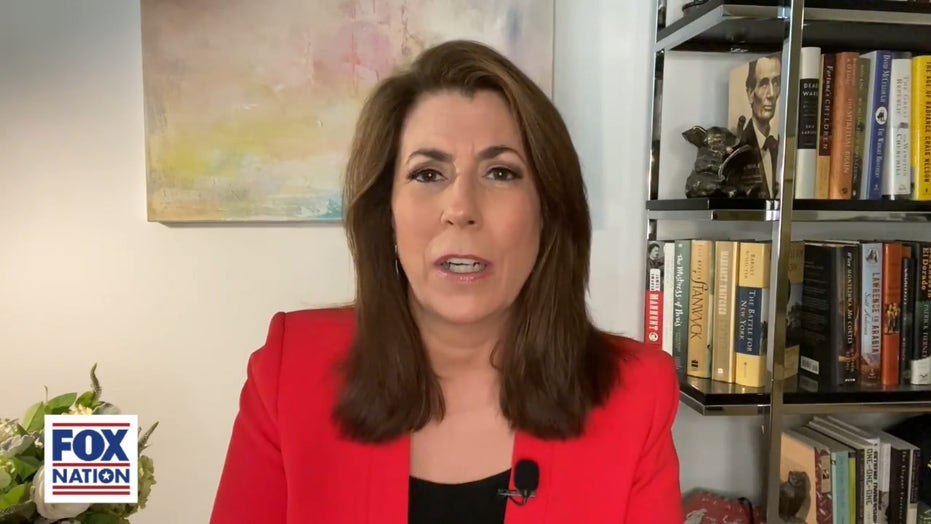 'Get Tammy Bruce' on Fox Nation&nbsp;

PROGRAMMING ALERT: Tammy Bruce discusses this topic and more on her Fox Nation show "Get Tammy Bruce." New episodes arrive every Tuesday and Thursday at 7 am ET.

Like many others, I was at first bemused then appalled at the reaction of so many about the sexual exploitation of girls in the Netflix film, "Cuties.”

These liberals and leftists know better. After dealing for years with the Harvey Weinstein and Jeffrey Epstein sexual abuse horrors, one would think most thinking people would have the courage to say enough is enough.

At first, the outrage was about the poster that Netflix designed to promote the film. Under fire, Netflix apologized for the image, displaying the four 11-year-old girls featured in the film in sexually suggestive poses while wearing costumes suitable for the lead up to a pole dance.

In a statement to Fox Business, the streaming service said that the artwork “was not OK, nor was it representative of this French film which premiered at Sundance. We’ve now updated the pictures and description.”

Netflix was right-- the original marketing did not accurately portray the film—it’s worse.

Apologists for this film like to claim that those condemning it have not seen it. Many criticizing it, including myself, have. Defenders of this shocking sexual exploitation also like to say that ‘conspiracy theorists’ are behind the criticism.

You’re not a prude, a “right-winger,” or “out-of-touch” for calling out and condemning the sexual exploitation of children, you’re a human being.

Personally, as a former left-wing community organizer and activist working on issues impacting the lives of women and girls, this is exactly this kind of imagery we know normalizes the sexualization of children, and girls, in particular.

As a gay woman whose advocacy is rooted in individual liberty, I’m the last person to condemn the sexual choices of consenting adults.

Additionally, supporting and enjoying independent and foreign cinema should not require having to look away at abuse of women and girls, sexual or otherwise.

In other words, you’re not a prude, a “right-winger,” or “out-of-touch” calling out and condemning the sexual exploitation of children, you’re a human being.

Having watched this film, nothing could be further from the truth. This is exploitation at its worst, made even more craven by the current effort to portray it as some sort of bizarre and honorable defense of girls.

Perhaps that’s the film industry equivalent of the Vietnam excuse: they had to destroy the girls in order to save them.

As the controversy began, a film critic for the New Yorker magazine was accidentally honest about the film’s exploitation. Defending the film while condemning the “scandalmongers” of the “far right,” he writes, “[I]t’s the story of a girl’s outrage, and defiance of, a patriarchal order.”

So, it’s the patriarchy that keeps little girls from being free to be sex objects. Got it.

The strange, smug liberal effort to make it seem as though only conservatives are appalled at this movie is simply not true.

Unless the New Yorker magazine, for example, considers Christine Pelosi, an attorney and daughter of House Speaker Nancy Pelosi, a ‘scandalmongering conservative.’ Here’s what she had to say on Twitter:

@sfpelosi
Hi @netflix, from a customer and former ADA in SFDA’a Child Abuse-Sexual Assault Unit: “Cuties” hypersexualizes girls my daughter’s age no doubt to the delight of pedophiles like the ones I prosecuted. Cancel this, apologize, work with experts to heal your harm. #CancelNetflix

And then there’s the reaction of Hawaii’s Democratic Representative, and former presidential candidate Tulsi Gabbard:

But why take the word of two political women who have been in the field and understand how a film like this impacts lives? Actor Evan Rachel Wood made these points, and more, clear on Instagram stories:

“Anyone who says this is a conspiracy or this isn't a child exploitation needs to seriously wake up, none of this was necessary for the story. These are 11-year-old girls… Cuties crossed so many lines… It was shot in a predatory manner without any sense of serious consequences.”

On another front, Sen. Ted Cruz, R-Texas, is calling for the Department of Justice to investigate the filmmakers and Netflix to determine if the film violates federal child pornography laws.

Additionally, Fox Business reports Sen. Josh Hawley, R-Mo., has written to the Netflix CEO, asking him to remove the film, noting: “Airing the film ‘raises major questions of child safety and exploitation, including the possibility of copycat behavior and exploitation of child actors.’”

Susan Rice, former U.N. ambassador and National Security Adviser under President Barack Obama, was appointed to the Netflix board of directors in 2018, the same year the Obamas signed on for what they describe as a “partnership” with Netflix.

Meghan Markle and Prince Harry of England have also reportedly signed a production deal worth north of $100 million dollars with the streaming giant.

One word from any of them could remove this exploitation of primarily girls of color from the service.

As of this writing, none of them has commented.