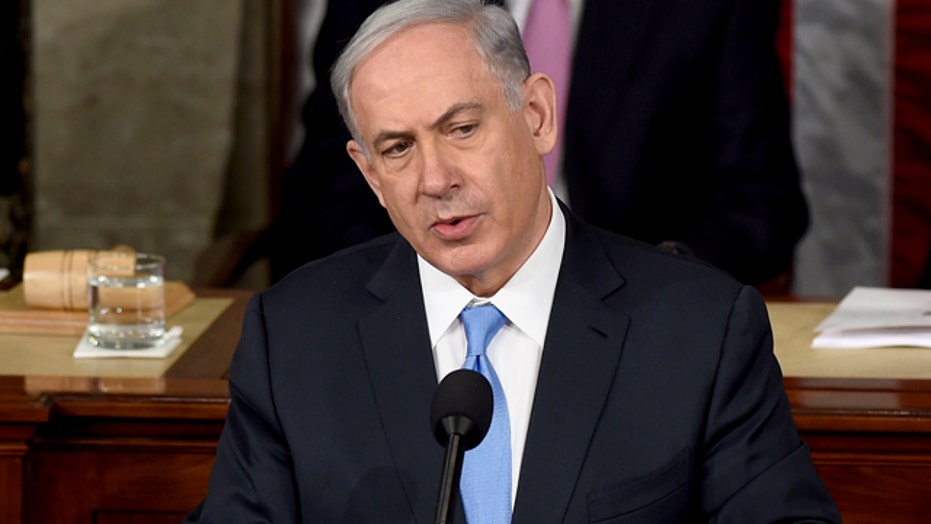 Netanyahu: 'This is a bad deal, a very bad deal'

In theatrical terms, Benjamin Netanyahu killed it. His performance was a virtuoso mix of skill and substance as he showered his audience with obligatory gratitude, yet offered absolute clarity on the stakes.

Obama’s refusal to face the truth and act accordingly makes him unfit to be president, but the immediate question is what to do NOW.

Whether Netanyahu actually killed it — whether he drove a stake through the emerging deal with Iran — depends on the Little Chamberlains of the Democratic Party. We know the Big Chamberlain, Barack Obama, is always eager for peace at any price. But the price just went up, and that could lead a few more Dems to break from the appeaser-in-chief.

Obama’s refusal to face the truth and act accordingly makes him unfit to be president, but the immediate question is what to do NOW.

If they fail, and if Iran gets the bomb, heaven help the world.

Netanyahu certainly did his part, as proven by the scores of Dem boycotters and the squealing from some who attended. Reports that Nancy Pelosi was “distressed” and “near tears” show he struck the nerve that needed to be struck.