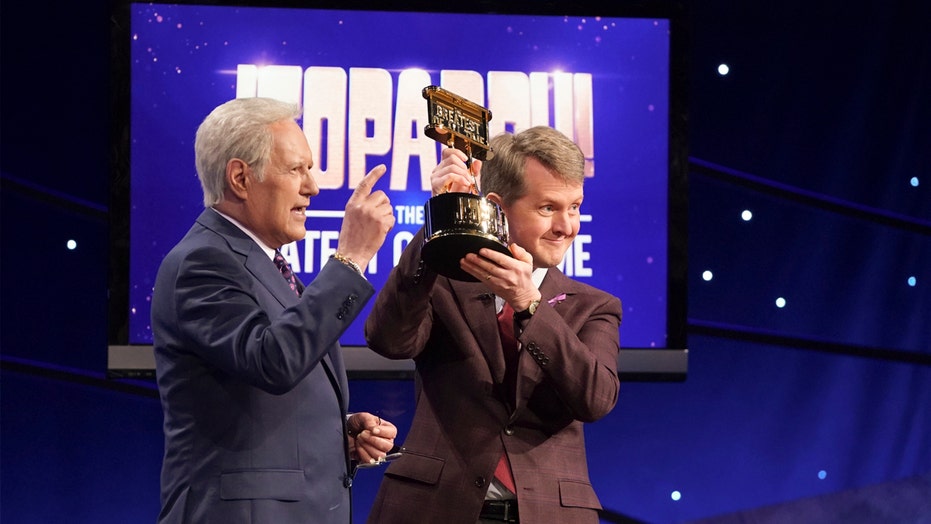 If there was ever a time when good friends and strong bonds of personal affection were needed, it would be now.

From childhood pals to college companions, to neighbors, work colleagues and even the occasional acquaintances at school, church or the local grocery store, friends add a wonderful dimension and enjoyment to everyday life.

BRUCE FEILER: CORONAVIRUS CHALLENGES ARE ONE OF MANY TRANSITIONS WE WILL EXPERIENCE -- HERE'S HOW TO SURVIVE

Each one of us could likely name a number of people whose friendships have changed our lives in ways big and small, but it’s occurred to me there have been many amiable alliances that have also changed the world.

On this National Friendship Day, here are just five of them.

Jesus and John: As one of Jesus’ twelve apostles, there is a consensus among biblical scholars that John was perhaps Jesus’ closest earthy companion, “the disciple whom Jesus loved.”

From the Scriptures we learn that John was a steady, strong and stabilizing force among Jesus of Nazareth’s early followers. Although he was God’s son, Jesus was also human and subject to the strains and stresses of life. His friendship with John likely fortified and inspired Him during three years of active and history-making ministry.

Good friends serve as a ballast in the storms of life.

Martin Luther and Philip Melanchthon: As the founder of the Protestant Reformation, the German professor, theologian and priest Martin Luther relied heavily on his fellow scholar friend, Philip, whom he met at the University of Wittenberg.

Good friends lift and fill us up and leave us better than before we met.

John Adams and Thomas Jefferson: Long considered the “odd couple of the American Revolution,” Adams and Jefferson were opposite in appearance (Adams short and stocky, Jefferson tall and regal) but united in mission. It was Adams who asked Jefferson to draft the Declaration of Independence, and the two men remained close throughout the historic fight for freedom from Great Britain.

A political rivalry erupted when Adams ran for the presidency in 1796, and the strained relationship turned bitter until 1812 when Adams extended an olive branch in the hope of reconciliation. For the next 14 years the two men resolved their feud over the course of 158 letters.

In 1823, Jefferson wrote to his former rival, “Crippled wrists and fingers make writing slow and laborious. But while writing to you, I lose the sense of these things, in the recollection of ancient times, when youth and health made happiness out of everything.”

Good friends can disagree and work through their differences.

Susan B. Anthony and Elizabeth Cady Stanton: Early opponents of slavery, Susan and Elizabeth expanded their focus to securing voting rights for women and their broader involvement in public life. Where Stanton, a mother of seven, provided vision and voice, Anthony was the community organizer, traveling extensively and rallying volunteer activists to put feet to the effort.

Though neither Stanton nor Anthony lived to see the passage of the 19th amendment in 1919 that gave women the right to vote, it was their collective efforts that made it possible.

Asked about her best memory of her friend, Stanton, Susan B. Anthony once replied, “When we were digging together. When she forged the thunderbolts and I fired them.”

Good friends battle together towards a shared vision.

Thomas Edison, Henry Ford, Harvey Firestone and John Burroughs: Calling themselves the “Four Vagabounds,” the elite quartet (along with family members) took yearly camping trips for over a decade through the Adirondacks and New England, as well as to Virginia, West Virginia, North Carolina and Michigan.

Rising visionaries in their respective fields of business, technology, automotive and nature exploration, the influence of the mastermind group catapulted each man to new professional and personal heights.

Good friends help shape and sharpen our goals and dreams.

It was the English writer C.S. Lewis who once wrote, “I have no duty to be anyone’s friend and no man in the world has a duty to be mine. No claims, no shadow of necessity. Friendship is unnecessary, like philosophy, like art, like the universe itself… It has no survival value; rather it is one of those things which give value to survival.”

It would be impossible for me to list all of my friends who have given value to my survival. From my neighborhood pals Derek and Sean Breen, Chris Geng and George Walters to my running guru and friend Russ Josephs to the gang of guys here in Colorado who have shaped me – Ron Reno, David Bervig, Marlen Wells, Dave Corsten, Al De La Roche and Mark Hufford – and now my social media army of friends from all the eras of my life – each and every one is a part of me, and I hope and pray I have somehow contributed to them.

My mother always used to say the best way to have good friends is to be one. I’m not so naïve as to think our nation’s problems could be solved solely by a friendship revolution – but they could certainly be soothed if everybody took a big deep breath and recognized that everybody is fighting a battle. Put an arm of friendship around your neighbor and open your heart to other people’s needs.

Take a moment to reach out to your friends today – or make a new one. Let people know how much they mean to you. They’ll probably relay to you how much your friendship means to them.