Just off of Times Square, in the heart of Midtown Manhattan, hangs a green, billboard-sized sign brightly displaying 14 digital numbers. Those numbers represent dollars and the sign is the famous National Debt Clock. Today, the Clock shows that America’s national debt is $30,000,000,000,000 and climbing. The number should shock every American, especially those tasked with stewarding taxpayer funds. Sadly, in my three and half years in the Senate, I’ve noticed that Washington politicians, like the millions who walk by the Clock in Midtown Manhattan every year, don’t take the time to look up. That must change. As reckless government spending continues to fuel raging inflation, it’s time that we force Washington to face reality and stop giving our supposed "leaders" the opportunity to ignore the debt hole they are digging.

One of the most egregious examples of reckless spending that’s fueled America’s inflation and debt crises are huge state bailouts using your tax dollars. The CARES Act and the American Rescue Plan together allocated more than $500 billion in direct aid to state and local governments.

In April 2020, just weeks after Congress passed the CARES Act, I joined a handful of my Republican colleagues in a letter urging President Trump to reject any funding for state bailouts in any future COVID-19 relief package. Even then, in the first months of the COVID-19 pandemic, I knew that writing blank checks to state and local government would do nothing but reward decades of fiscal mismanagement and incentivize an increased reliance on federal taxpayers. Unfortunately, after looking at the results of the $500 billion investment, it seems I was right. Consider the Empire State.

As of June, New York had received $29.7 billion in "COVID relief funds" from the American Rescue Plan and CARES Act to keep New Yorkers safe and keep the economy afloat, but it seems there’s almost nothing to show for it. 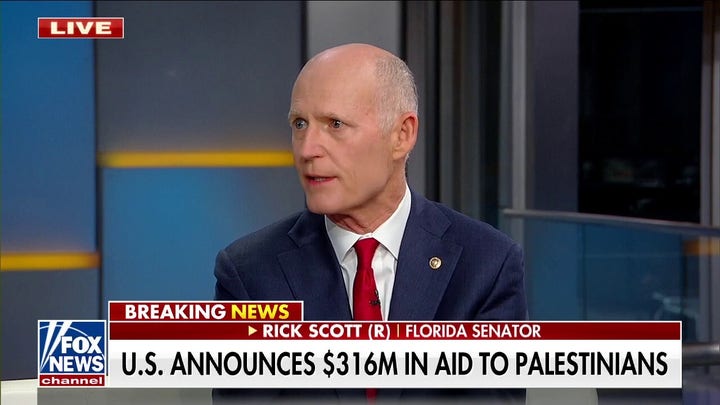 New York’s State Department of Education used part of its $9 billion in education funding to train teachers about implicit bias and perpetuate critical race theory. I’m not sure what that has to do with COVID, but I’m sure the liberal elites who authorized would be happy to call me racist for questioning their judgement.

Despite all the federal cash coming in, New York’s economy suffered too. Last month, the New York City Comptroller reported that NYC lost more than 5,000 businesses during the COVID pandemic.

And surely the bailout money wasn’t going to public safety. How could that be the case when NYC’s crime skyrocketed up 31 percent compared to this time last year?

The lesson here is simple: no amount of government spending can save you from failed leadership. New Jersey, Illinois and New York – blue states run by Democrats - all face unfunded pensions, bloated budgets, large state debts and high taxes. They’re all failing. That’s why I opposed state bailouts from the very start and why I made fiscal responsibility and paying down the debt a major focus on my Plan to Rescue America. Now, Joe Biden is trying to send America down this same dangerous path and it’s up to us to stop him. 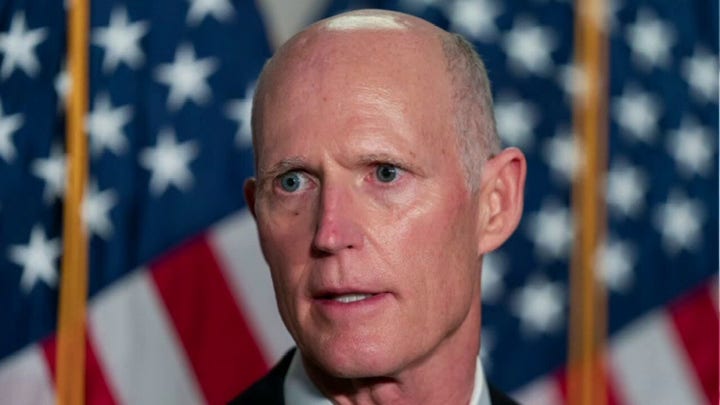 From the time President Biden was elected, he has pushed for one massive spending package after another. What are the results of his socialist agenda? Our nation is falling into a recession and American families are suffering as they dealing with sky-high gas and food prices. Things look grim, but there is always hope. We can turn America around and fix the mess Joe Biden has created. I know we can do this because I did it as governor of Florida.

During the four years before I was elected Governor of Florida, the Sunshine State lost more than 800,000 jobs, suffered as taxes rose by more than $2 billion and watched as the economy went into freefall. By focusing on creating jobs and reducing the size of government, we turned Florida’s economy around. From December 2010 to December 2018, Florida’s GDP grew by 26 percent, unemployment dropped from 10.8 percent to just 3.3 percent, we paid down a third of the state’s debt, hit a 47-year low in crime, businesses created more than 1.7 million new private-sector jobs, the number of Floridians receiving welfare dropped by 35 percent and we cut taxes 100 times to save Florida families and businesses more than $10 billion. What’s more, we did all of that while making record investments in education, transportation and the environment.

It’s time we start holding our so-called "leaders" in Washington and across the nation accountable. Here’s my challenge to state and local governments: balance your budgets, demand that my Pay Down the Debt Act becomes law, and then send the "COVID-relief" money back. Those who don’t should expect to answer for their spending. A new Senate Republican majority is on the horizon and we will be demanding answers and accountability for every cent of federal taxpayer money.