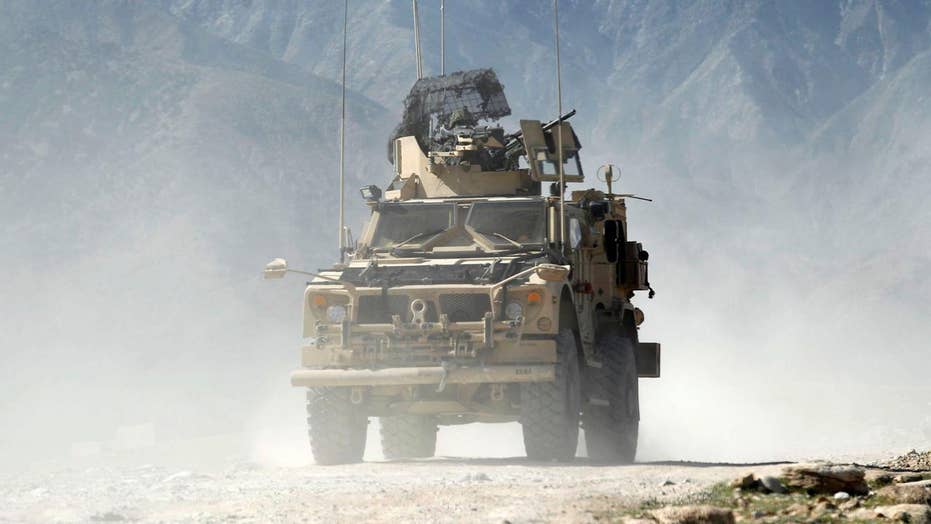 What's next for US in Afghanistan after MOAB strike?

Almost two years ago a young community leader from Afghanistan wrote to tell me that ISIS was dropping leaflets in Nangarhar province. She said women activists she had worked with for years had written to tell her about the extremism that was taking hold in their neighborhood, and how no one was doing much of anything to counter it.

“Nangarhar University witnessed scores of young men raising flags of the Taliban and ISIS,” Wazhma Frogh wrote back then. “Afghanistan needs a national plan for how to deal with growing extremism.”

I thought of her all day Thursday during the breathless coverage of the dropping of the largest non-nuclear bomb on Nangarhar province. For just a few hours, America’s war in Afghanistan got remembered, though it was with almost no context and with few of the urgent questions that needed to be asked:

?       If U.S. military leaders had this capability for several years, what is it about this target at this time that made it make sense? Tunnels? ISIS?

?       What is the plan to help stem the unsustainable rate at which Afghan forces are dying in this war?

?       What is the Trump strategy in Afghanistan?

?       Will Gen. John W. Nicholson, commander of U.S. troops in Afghanistan, get the “few thousand more” forces he is seeking? And what is their end goal?

America’s longest war is also its most forgotten, and one bomb is not going to change that. We are so unaccustomed to seeing this fight in the headlines that context almost feels out of context.

But that is not the case for the troops fighting this war, for the families whose lives have been changed forever by it or for the Afghans who are living with its realities and fighting for their futures every day. They don't have the luxury of tuning in once every few years to a war that has gone on for more than a decade and a half and to which U.S. forces continue to deploy, including some “surprise deployments.”

For them, this war is not a movie. It is not an occasion to break out the popcorn and cheer, and then return to our lives.[SB3]  It is not a media event. It is a fight that has ground on and has seen special operations forces, whose tours are typically shorter than conventional forces, deploy nine, 10, 11, 12 times to the same battlefield.

This war rarely punctures America’s indifference, but Thursday was different. For just a moment on Thursday, America remembered the fight that claimed the life of Army Staff Sgt. Mark R. De Alencar in Nangarhar last week. It remembered that its special operations forces continue to serve in a counterterror mission almost 7,500 miles from home. It remembered a war that barely merited a mention in the 2012 and 2016 presidential campaigns.

That war needs more: more attention, more discussion, more understanding of the strategy in play and the desired end. And, above all, more context. We don’t have the luxury of tuning out our fights. And even if we did, we shouldn’t.

America remains a nation at war, even if most of us don't act like it.

Gayle Tzemach Lemmon is a senior fellow at the Council on Foreign Relations and the author of "Ashley’s War: The Untold Story of a Team of Women Soldiers on the Special Ops Battlefield" (Harper, April 2015) and "The Dressmaker of Khair Khana," a New York Times best seller published in March 2011 by HarperCollins, about a young entrepreneur who supported her community under the Taliban. Gayle is a contributor to The Atlantic’s DefenseOne site, writing regularly on national security and foreign policy issues.  Follow her on Twitter @gaylelemmon.