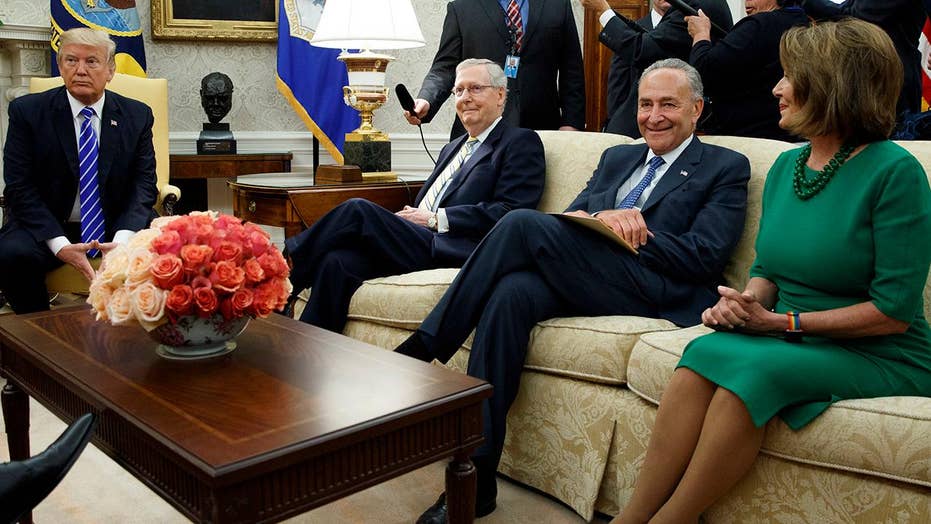 Trump hit for deals with Dems

But mostly by conservative media

During last year’s campaign, The New York Times justified its biased coverage of Donald Trump by saying he was the “abnormal” candidate while Hillary Clinton was the “normal” one.

Oh, what a difference a year makes.

Now it’s President Trump who is doing bipartisan deals with congress and trying to rally the world against North Korea while Clinton is embarrassing herself and her party with a sore-loser blame game. It’s time to reverse the normal and abnormal labels.

The remarkable contrast between the 2016 foes these days is more vindication of the outcome, and helps explain why he won and she lost. Clinton’s sour decision to point fingers in every direction, including at former President Obama and former vice-president Joe Biden, is a first for a losing candidate — but not surprising. The self-pitying, entitled core she spent a lifetime trying to hide is now on naked display.

As a Democrat who knows her well told me, “People always complained she wasn’t authentic. Well, she’s being authentic now. This is who she really is.”

Yikes. Imagine that train wreck in the Oval Office.