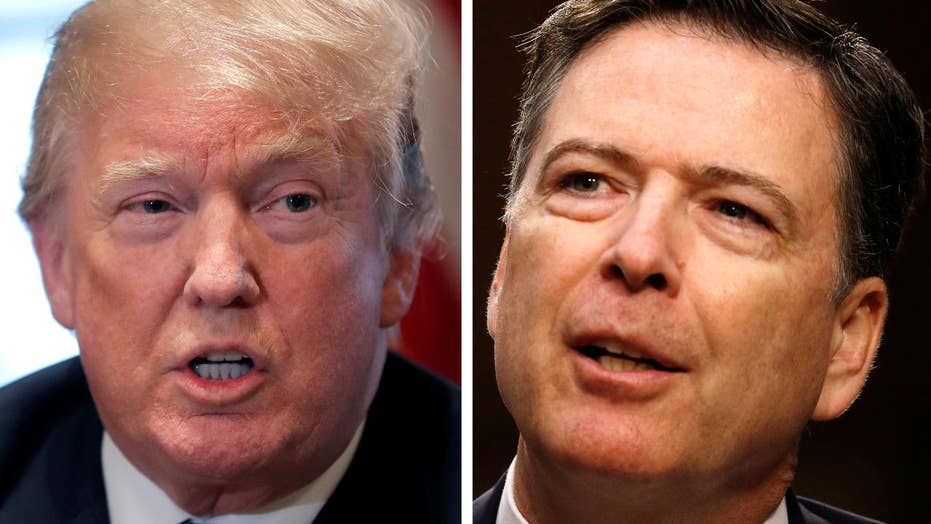 Trump claims he did not fire Comey over Russia

Report: Trump wanted Rosenstein to include that he was not personally under investigation in memo about Comey; AP Justice Department reporter Eric Tucker weighs in on 'Shepard Smith Reporting.'

There they go again. For the 1 millionth time, anti-Trumpers are horrified, aghast, stupefied.

The president’s latest offense against their sensibilities is a pointed use of his pardon power. So far, he has pardoned just five people, including Jack Johnson, the legendary black boxer whose conviction a century ago was an act of pure racism.

But four others involve recent, politically tinged cases, including that of conservative provocateur Dinesh D’Souza. Most alarming for the usual critics, the president hints that he is just getting started and cites a possible pardon of Martha Stewart, whose conviction came under James Comey, the former FBI boss and Trump’s archenemy.

Sen. Mark Warner (D-Va.) told reporters he worries Trump is sending a message to witnesses in special counsel Robert Mueller’s probe, adding, “In the United States of America, nobody is above the law.”

Bingo! That’s exactly the point Trump is making, though he and Warner obviously disagree on who “nobody” is.