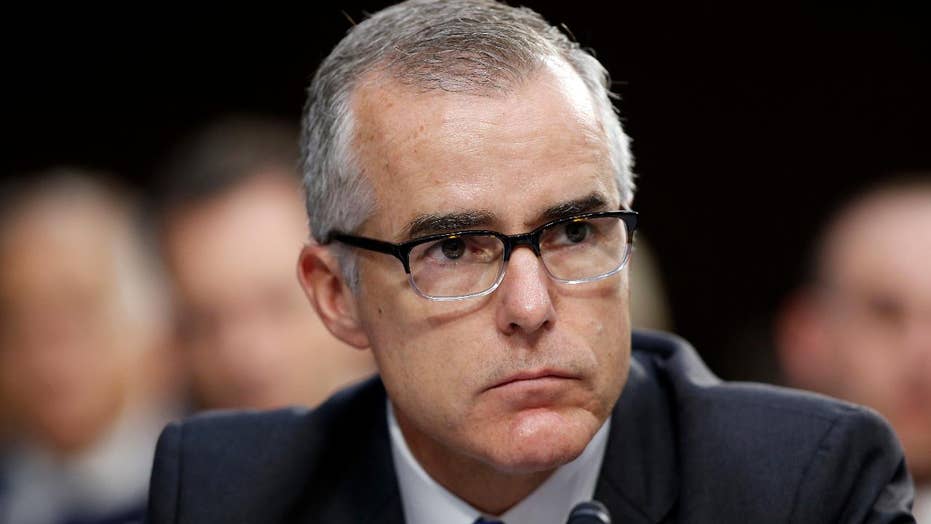 No one should rejoice in the firing of FBI Deputy Director Andrew McCabe by Attorney General Jeff Sessions on Friday. By all accounts, McCabe’s career over two decades of FBI service was marked with achievements.

The firing, however, was based on the recommendation of a career FBI official under current FBI Director Chris Wray and was justified because the FBI has a zero tolerance for lying under oath. In fact, there are many examples of the rank and file in the FBI losing their jobs and retirement benefits for violating these high standards.

If a different standard is applied at the most senior levels, the FBI is lost. So while this is a sad day, the action taken demonstrates that the dedicated men and women of the FBI will accept no lower standards, regardless of your rank or status.

Make no mistake, this was not a political decision forced by President Trump or any external party. The recommendation to fire McCabe came from the FBI's own Office of Professional Responsibility, led by FBI Assistant Director Candice Will, who has been in her position since her appointment by then-Director Robert Mueller in 2004.

In other words this was the FBI itself recommending to the attorney general that – based on well- established precedent – one of their own should be fired for not meeting the high standards of integrity expected of an FBI employee.

The bottom line is, as Assistant Director Will has stated, "if you lie you are gone." So far from being a political decision, this is the FBI sending a strong and consistent message to its agents and support staff.

It's worth noting that as deputy director of the FBI, McCabe was entrusted with the responsibility to decide the fate of many FBI employees facing a wide variety of disciplinary actions. He had to decide whether to fire FBI employees for "lack of candor.” It's only fitting that the same standard he imposed on others should apply to him.

It is a serious mistake to assert that McCabe's firing was the result of some political vendetta. This was a simple case of an FBI executive who failed to set the highest ethical standards in his position as the No. 2 person in the FBI.

Simply put, FBI agents who are entrusted with the life, liberty and property of our citizens through their investigative work cannot mislead, spin, nuance or lie under oath. Their word is the currency of the realm.

Something happened during the tenure of former FBI Director Jim Comey. A small group of executives picked up some bad habits and practices. Leaks became acceptable if the leaker deemed it morally justified.

The perception of impropriety regarding actions that were legal but clearly questionable – such as campaign contributions received by McCabe's wife in her unsuccessful race as a Democratic candidate for a Virginia state Senate seat – were ignored.

Despite the longstanding rules codified in the federal regulations and FBI manuals that FBI ongoing investigations are not discussed publicly for any reason, former Director Comey laid out the Clinton email investigation in an excruciatingly detailed news conference and then proceeded to make a prosecutorial decision that was not his to make. Comey’s own leaks are well known.

Leaks are intolerable because they stigmatize people who are presumed to be innocent. And most importantly, leaks of details of investigations are a violation of the law. An FBI agent sworn to uphold the law simply can't break the law – not to set the record straight, not to influence the court of public opinion, and certainly not to satisfy some personal agenda.

Leaking and lying undermine the credibility of the FBI, not just the leaker or liar.

As a 24-year veteran of the FBI, I served under exemplary directors such as William Webster, Louis Freeh and Robert Mueller. These men set an example of integrity, humility and an absolute, unconditional adherence to the rule of law. That culture is set at the top of the house in any entity, whether it's a U.S. corporation or the FBI.

While it's heartbreaking to see a career FBI special agent lose his pension, it is important for the FBI to send a message to every employee in the agency that that all employees are held to the same high standards, especially those on the 7th Floor executive offices.

To call this a political decision is to impose a lower standard on the FBI. That is something that we should not accept from the nation's the premier law enforcement agency.