A few months ago, Glenn Youngkin needed an inside strait to become Virginia’s next governor. Now, on Halloween weekend, it’s all coming up aces for the Republican upstart, with a Fox News poll showing him opening up an eight-point lead.

Over a short period of time, Terry McAuliffe went from the heir apparent to the job he once held to an embattled candidate desperate to change the trajectory of a race seemingly slipping away. Much has been made about the role education played in the race, most notably McAuliffe’s debate flub denying parents a seat at the table in what their children are learning.

A gaffe is when a politician accidentally tells the truth, and in this case, McAuliffe essentially admitted he is beholden to the teachers’ unions bankrolling his campaigns. The incident provided Youngkin a toehold in the vote-rich northern Virginia suburbs where Republicans have lost so much ground in recent election cycles.

McAuliife has not responded well, doubling down on his core campaign "message" – if you can call it that. As National Journal’s Josh Kraushaar observed, "McAuliffe only needs three words to make a sentence: a noun, a verb, and Donald Trump." 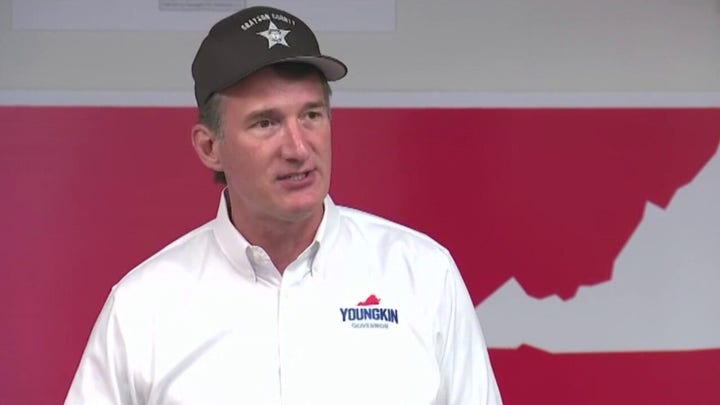 Therein lies the Democrats bigger challenge. Whatever happens in the Old Dominion next week (and for that matter New Jersey’s gubernatorial race) will be extrapolated and applied to next year’s midterm elections – always a dangerous proposition, but one that cannot be avoided.

In McAuliffe’s own words, voters are tired of "their little chitty-chat" in Washington, D.C. He’s right, and since Democrats control all the levers of the federal government, they stand to get blamed. The off-year elections are voters’ first opportunity to render their verdict of the new administration.

President Joe Biden and his congressional majorities have precious little to show for their first nine months in power. He lacked the political capital to push his own party to get on board with a bipartisan infrastructure bill that received 19 Republican votes in the Senate over the summer - no easy task in these polarizing times. 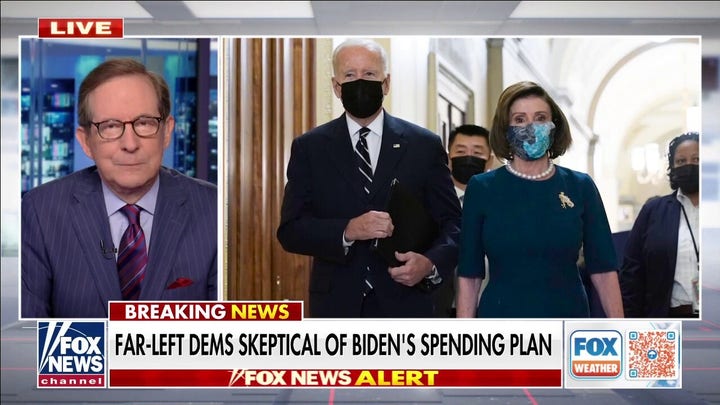 Making matters worse for Biden and crew is they have somehow managed to offend voters across the spectrum.

The right is fuming about the chaos at the southern border and the humiliation at the withdrawal in Afghanistan.

The left is mad at the continuation of the filibuster and Democrats’ failure to move forward on their cockamamie schemes implementing a cradle-to-grave, European style welfare state.

At this point in the Obama presidency, the "stimulus" had been passed and health care negotiations were heating up – bad policies to be sure, but galvanizing issues for liberals nonetheless. 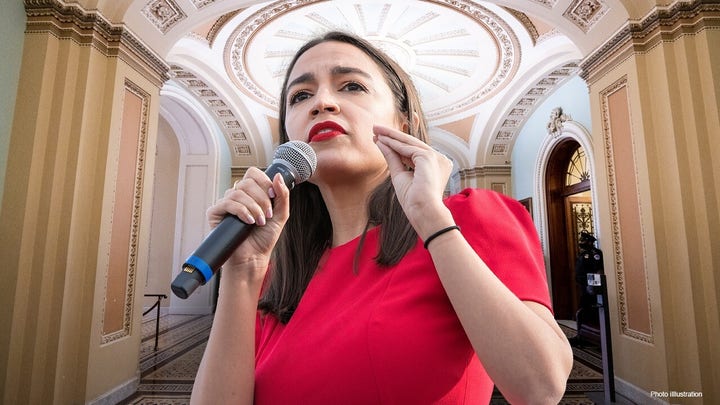 Perhaps most concerning for Democrats should be Biden’s standing among voters who are independent of any party affiliation. According to Gallup, only 34 percent of independents approve of Biden’s job performance, a steep fall from 61 percent in February.

The decline coincides with across-the-board inflation and increases in the cost of living heading into an uncertain Christmas season. These are not esoteric issues that cut along partisan or ideological lines. Everyone is concerned about the ability to afford functions that impact every facet of everyday life. 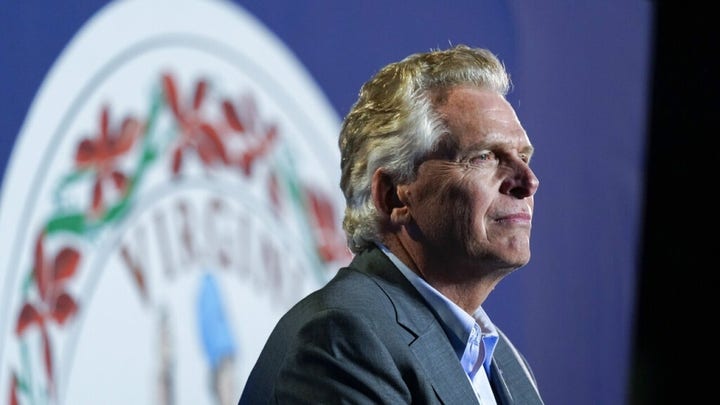 The lack of tangible accomplishments by his Party in Washington has given McAuliffe precious little to talk about on the campaign trail. As a result, he’s resorted to dusting off the Democrats’ bogey men from years past. But elections are always about the future. Voter don’t like looking back.

In his last-ditch effort to get his party on board with his legislative priorities, President Biden declared, ''The House and Senate majorities and my presidency will be determined by what happens in the next week."

He was referring to Capitol Hill negotiations. But the statement also applies to events unfolding in Virginia. Should McAuliffe fall short, so too will Biden’s current agenda. The writing on the wall will be there for vulnerable Democrats

If you look around, you can usually see the signs of a political wave building. Pay attention, because the first ripples may well come ashore Virginia next week.