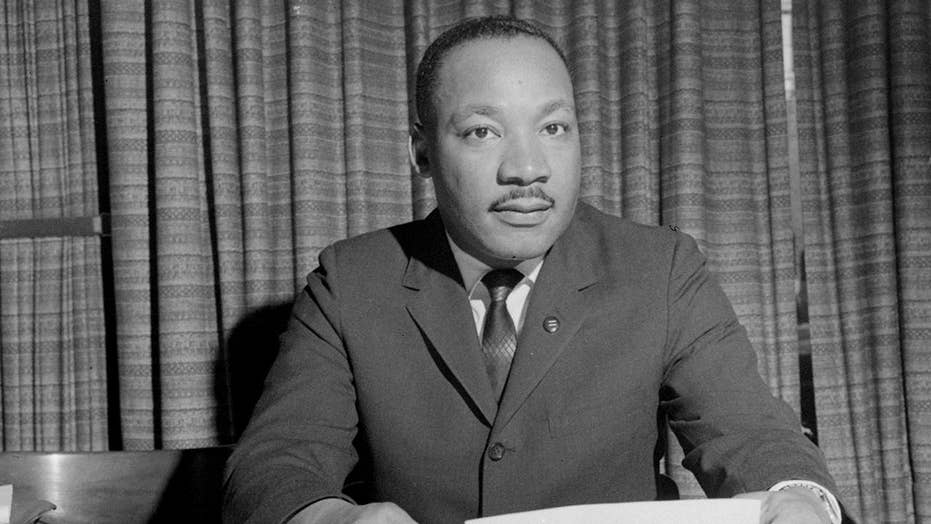 Martin Luther King Jr's assassination: A look at the aftermath and what happened on April 4, 1968

The Rev. Martin Luther King Jr. – who was tragically assassinated 50 years ago on April 4, 1968 – set the gold standard for true leadership and advocacy of historic social change through nonviolence. Our world would be a better place if he had lived longer and if we had more great leaders like him today.

We think often of the inspiring figure of Dr. King and his heroism and dedication to peaceful protest in the face of hundreds of years of immoral and vile discrimination against African-Americans. He could have easily responded to the injustice of slavery and second-class citizenship that followed with hatred and violence, but instead opened his arms to white Americans and preached love, brotherhood, equality, peace and justice.

And King succeeded – miraculously, some would say – in changing the arc of American history for the better, without ever firing a gun, setting off an explosive, or even throwing a rock.

Contrast the nonviolent demonstrations King led to the misnamed “peaceful protests” now going on in the Gaza Strip, supported by the terrorist Hamas thugs who rule nearly 2 million Palestinians there with an iron fist and spew hatred against America, Israel and Jews the world over.

A video (with English subtitles) shows a leader of the Gaza protests screaming: “The Palestinian people shall liberate its land with blood, with martyrs, with women and with children. This siege must be shattered with all our might – with our bodies, our lives, our hands and our bare chests.”

The goal of Palestinians and their supporters in the first of a series of “Marches of Return” is nothing less than the elimination of Israel as the only Jewish state in the world. They want to incite untold millions of Palestinians – most who have never set foot Israel – to breach the Jewish state’s borders and turn it into one of many nations with an Arab majority.

Under the so-called “right of return” demanded by the Palestinians, anyone claiming to have a Palestinian ancestor living in Israel 70 years ago would be allowed into the country, and could demand “return” of land supposedly owned by ancestors.

Hamas and its enablers who talk “peace” and “nonviolence” while inciting violent breaches of Israel’s borders make a mockery of Dr. King’s principles of nonviolence.

One stunning example is this is that Israel has identified at least 11 of 17 Palestinians killed in the Gaza protests as terrorists. Even Hamas itself, with a long record of lying about its violent actions, admitted that five of the Palestinians killed were members of its armed wing.

In sharp contrast, King saw faith as a force for healing. The Baptist minister embraced the words of the Hebrew prophets, including the prophet Amos, who declared: “justice shall roll down like water and righteousness like a mighty stream.”

And King built not only bridges between religions and races, but ladders to a transcendent unity based on principles of peace and morality. Nonviolence was his modus operandi. He put himself on the line as he walked the tightrope of history without a safety net and, tragically for all of us, paid with his life.

King also succeeded in Americanizing India’s freedom fighter Mahatma Gandhi’s philosophical principle of satyagraha or “passive nonviolent protest.” In our time, King and Gandhi – but not their vision or true beliefs – are glibly invoked by all sorts of agents of change.

King became not only an American icon, but for many of us a Jewish folk hero. He spoke out on behalf of oppressed Soviet Jews – even before many establishment Jewish leaders did.

And just 10 days before his assassination, King declared in a speech to the annual convention of the Rabbinical Assembly: “I see Israel, and never mind saying it, as one of the great outposts of democracy in the world, and a marvelous example of what can be done, how desert land almost can be transformed into an oasis of brotherhood and democracy. Peace for Israel means security and that security must be a reality.”

On August 28, 1963, a century after Lincoln issued the Emancipation Proclamation, Martin Luther King delivered his powerful and historic “I Have a Dream” speech on the steps of the Lincoln Memorial in Washington.

Lincoln’s Dream – and King’s – are still not fully realized. For all time, we and future generations should remember King like the Israelites remembered Moses: as a prophet who died without ever entering the Promised Land.

Moses’ agenda was unfinished. So, too, Dr. King’s. In pursuit of their visions, we must teach our children to follow leaders who not only talk the talk but who walk the walk on the path of true nonviolence and justice and who embrace love rather than hate.